Basking in the glow of TIFF 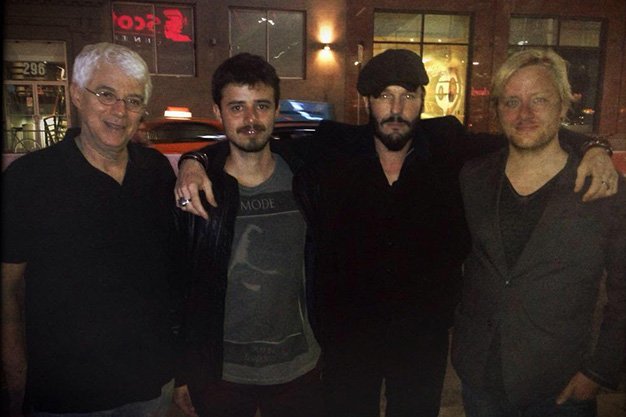 Well, another TIFF has come and gone, Charlie Brown.

This year, though, I feel like I did see the great pumpkin. Our film, Zoom, went well: it was awesome to finally screen it for people, but even better to see so many familiar faces—friends, family, there as well. There were lots of positive reviews too, which makes all those long nights of writing, and rewriting, pay off. And it was so rewarding to see my good friend Pedro Morelli, the director, at the screening, introducing his film. (Even cooler to see his father, Paulo, a well-known director in his own right, taking photos like a giddy parent on the sidelines of a soccer game.)

By now, most of the buyers have left town, weary after wheeling and dealing, dining and drinking, watching and judging. Now is the time when sales agents wait to hear about any lingering deals, consulting with producers on terms and costs. But soon enough, it will all happen again. Here in North America, the next big film market is AFM: the American Film Market. It’s not so much a festival as it is a wholesale film event for industry folks.

But for now, after after all that, I am trying to bask.

It takes a long time, a lot of money, a lot of people and resources to make a movie. Doesn’t matter if it’s The Martian or a tiny budget indie film that you may never see. It’s a collaboration between many, many people – each one a specialist in his or her area. And it’s easy to make jokes about film folks, especially when it seems a little more glamorous than say, working at a bank. But at the end of the day, there’s a lot of work both in front and behind the scenes.

So with that, a final toast to everyone at TIFF: once again, it’s been a wild ride.

Matt Hansen is a writer based in Toronto. Zoom is his first feature film. See his first two blog posts here, and check out more TIFF coverage here.