Cars win again in the battle to create a walk-able, liveable city 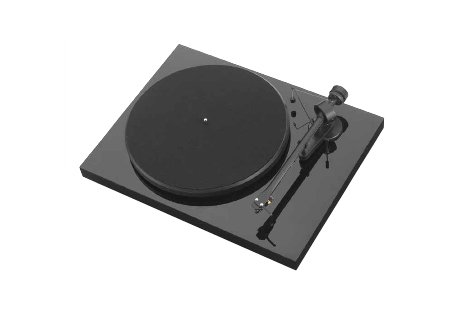 So remarked Public Works and Infrastructure Committee chair Jaye Robinson at the meeting to remove the Pedestrian Priority Phase (PPP) signal at Bay and Bloor – the so-called ‘scramble’ – last month.

The Don Valley West councillor appended to the record a February 23 story from Metro newspaper praising the process that began as a pilot project and produced the recommendation to remove the signal as an example of a “data-driven” policymaking.

As a firm believer that policymaking needs more, not less conversation (though action is also important) and as a community member speaking to this issue before the committee, I felt somewhat chided by Councillor Robinson’s statement. Who was I to come before the committee with my opinions when faced with the weight of a staff report that uses data – cold, hard facts –that clearly lead to the conclusion that the Bay-Bloor ‘scramble’ is a failed pilot that simply must go?

Certainly I have an opinion on this issue. I am a parent of two children, ages 5 and 10 years, who attend Jesse Ketchum Junior and Senior Elementary School on Bay Street a few blocks north of Bloor. We live south of Bloor and, like many of our neighbours, must pass through the intersection at least twice a day going to and from school.

For us, the signal at Bay and Bloor provides a welcome moment during which we can cross a large intersection without having to worry about vehicles turning across our path, as they do frequently at non-PPP crossings.

Staff did not specifically consider the safety of schoolchildren when conducting their study. The 16-page staff report that asks City Council to authorize its removal “as soon as practicable” states its analysis was based on a number of factors, including: pedestrians crossing the intersection, overall intersection safety, corner crowding and pedestrian delay, vehicle delay and traffic diversions, production of greenhouse gases and fuel consumption, and user feedback.

One would expect the evidence to unambiguously support that recommendation. Unfortunately, the evidence is not so clear cut. Evidence (and gaps in evidence), as well as issues about the process underlying the report, could easily be used to generate quite a different recommendation.

For example, traffic safety is one of the key issues addressed in the report, which notes incidents involving pedestrians remained the same before and after implementation of the PPP while incidents involving vehicles (sideswipe and rear end collisions) increased from 11 to 19.

At the same time, the report cautions that, “it is not possible to draw strong conclusions about the impact of pedestrian priority phase operation based on the limited sample size.”

The study uses as its indicator of safety the number of reported accidents at Bay and Bloor. Beyond the statistical limitations noted by staff, this method is blind to near misses, unreported incidents, and other indicators of safety – things like close calls that never make it into accident reports but have everything to do with the safety of an intersection.

Fiona Chapman, who played a leading role in producing the report, said resources were not available to conduct such detailed studies.

The report suggests that “driver frustration may be a factor” in the increase of minor accidents. However, both the report and staff discussion at committee offered no data in support.

In fact, the report does contain some data that could be used to argue against such a conclusion. Namely, a survey showing that pedestrians, transit users, and drivers say overwhelmingly that the “pedestrian priority phase is a good idea.” Fully 75% of surveyed drivers agreed with that statement. This hardly suggests widespread driver frustration with the crossing. However, this evidence appears to have had little or no bearing on the staff recommendation, and the report has almost nothing to say on this issue. The report merely observed the survey showed “weaker support for the scramble signal at Bay and Bloor compared to the other two pedestrian priority phase operations in the downtown.”

In the lead-up to the report, a public consultation was held to discuss removal of the signal. According to Chapman, this meeting was preceded by email notification to representatives of local stakeholder organizations as well as the distribution of some 9,000 flyers in the neighborhood. Asked whether school representatives were notified, Chapman indicated that Jesse Ketchum principal Elizabeth Holmes is on the local stakeholder list and should have been informed.

The principal recently stated she was “not aware” of the consultation meeting. But even accepting such notification had been delivered, coming as it did in the middle of summer vacation, seems an unlikely way to properly inform parents.

Holmes said she hopes the intersection will be evaluated for student safety should the decision to remove the scramble move forward at council March 31. Holmes wrote in an email to this reporter that she would want to know the intersection is getting a crossing guard if changes are made. Bay Street at Yorkville, a much smaller intersection along the route to Jesse Ketchum school, does have a crossing guard.

Also according to the report, traffic idling at peak travel periods generate 100 per cent more greenhouse gases than they would were the signal removed.

This argument does not impress environmentalists. John Bennett, Executive Director of Sierra Club Canada, says “Easing traffic conditions is not the way to reduce greenhouse gases.”

Public Works and Infrastructure Committee vice-chair Mary-Margaret McMahon, the lone dissenting vote on the issue, commented at the meeting: “I’m not happy. I know everything is not black and white here, but this is a step backwards. We’re trying to build a walk-able, liveable city. I think it sends a terrible message that we’re ripping out a crossing. Certainly drivers are frustrated, yes they’re frustrated all over the city because we have such a problem with congestion [but] we’re trying to work on getting people out of their cars. And the way to do that is by investing in transit and in infrastructure that allows for safe cycling, safe walking. And I think the BIA also needs to realize that people shop, cars do not.”