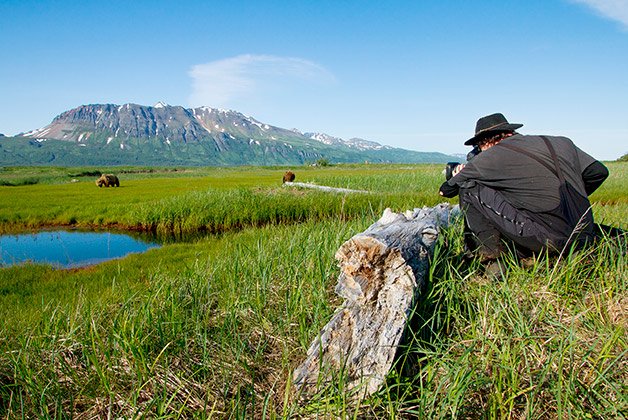 After sending the butterfly drama Wings Of Life straight to DVD last year, Disney returns to its traditional Earth Day strategy with the theatrical documentary Bears – though as with African Cats and Chimpanzee, “documentary” is a pretty loose term here.

Bears is the most shamelessly contrived Disneynature production yet, taking gorgeous wildlife photography of Alaskan brown bears and editing it into a fictional, ridiculously anthropomorphic narrative about a mother and her cubs avoiding perils while foraging for seafood in the Arctic wilderness.

More than previous releases, this one is aimed at very small children. Editors work overtime to create conflict through the juxtaposition of footage, and John C. Reilly’s narration alternates between calm, informative description and goofy imagined dialogue for the animal characters. (“I didn’t want that clam anyway,” grumps a cub called Scout after struggling to shake one off the end of its claw.)

That said, there are few things more adorable than brown bear cubs falling asleep next to their mother, so if that’s all you want from a movie called Bears, this certainly delivers.

There’s also the usual jaw-dropping end-credits footage of camera crews shooting the animals on location. I keep waiting for Disney to realize a movie focusing on that would make for a far more dramatic narrative. Maybe next year.