When I was very small I ate so much honey that my sister would yell, "You smell like honey." I. 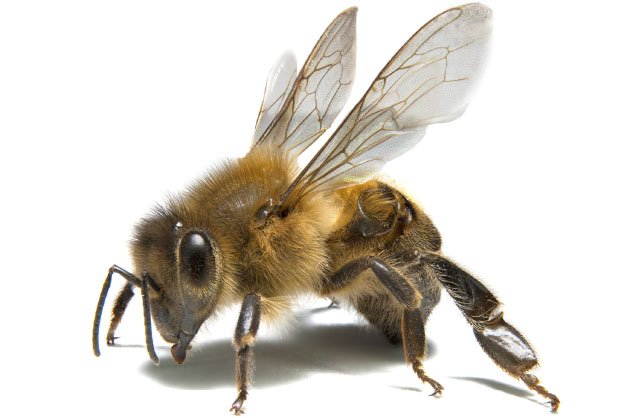 When I was very small I ate so much honey that my sister would yell, “You smell like honey.” I still do, but now the honey comes from my own bees.

After hearing more and more about colony collapse, seven years ago I bought a package of bees called a “nuc” – the nucleus of the hive – and built my own hive.

I quickly learned that all the beekeeping books and websites in the world can’t prepare you for working with real live bees. A mature hive can have up to 80,000 bees, which continue to multiply and swarm if you don’t watch for signs.

All my bees All my bees in hives surrounded by corn, died three winters ago, and I lost 50 per cent of the replacement bees the next season. These losses push me to continue advocating for bees and all our pollinators.

No bees, no food

The first association most people have with bees is honey. Raw, natural honey is delicious, antibacterial, antifungal, antiviral and contains all variety of amino acids necessary for human health.

But the current bee crisis goes beyond the potential loss of honey: bee venom is used in a variety of health treatments, including for MS.

A recent study found it kills HIV while leaving surrounding cells intact and could potentially be used in a vaginal gel to prevent the spread of the virus.

There are also economic costs associated with mass bee die offs. In 2012 honey sales were $173 million in Canada, but the direct and indirect value of pollination is much greater: $2.7 billion per annum according to Agriculture and Agri-Food Canada.

What is at stake if we continue to lose bees?

Bees are responsible for pollinating every third bite of food we eat.

Beekeepers are gravely concerned about threats to an established species that has been around for 100 million years. If they are in trouble, so are we.

The toxins in neonicotinoid pesticides (neonics for short) are threatening bees.

Studies by Health Canada’s Pest Management Regulatory Agency in Ontario and Quebec in 2012 confirmed high quantities of neonicotinoid chemicals in bee yards with dead bees, detected in 80 per cent of the bee yards where dead bee samples were collected, according to the report, Evaluation Of Canadian Bee Mortalities That Coincided With Corn Planting In Spring 2012.

That would be enough to raise serious alarm, but neonics threaten life beyond bees. The American Bird Conservancy notes that even very low doses of neonics are toxic to birds and aquatic systems, and remain in soil for up to 10 years.

Why all these poison seeds?

Corn and soy make up over 50 per cent of Ontario’s field crops, and farmers can no longer easily access seeds without neonic coating.

Neonicotinoids are much different than spray pesticides: they grow through the entire plant, contaminating pollen and nectar and, in turn, our food supply.

Leading seed producers Monsanto, Syngenta and Bayer CropScience have spent lots of money brainwashing agribusiness producers into believing that the world would starve without neonicotinoid-coated seeds.

But in Italy, maize farmers saw no change in their production with the cessation of neonic use. They reported dramatic recoveries of bee colonies after just one year of neonicotinoid-free growing.

Marco Lodesani, director of the honey bee and silkworm unit at Italy’s Agricultural Research Council, put together one of the first studies to highlight the role of neonicotinoids in colony collapse disorder.

Five years after the Italian ban, Lodesani noted a dramatic improvement in the number of bees and colonies. (Italy has banned only neonicotinoids on maize seeds. It still permits spraying the pesticides on leaves. In areas where they’re still used, bee populations continue to die off.)

Here at home, Ontario has announced plans to dramatically reduce the use of neonics.

If you are interested in beekeeping, get involved with the Toronto District Beekeepers’ Association, established in 1911. torontobeekeepers.org.

Plant flowers that bloom throughout our growing season in your garden. Borage, lemon balm, bee balm, echinacea, sunflowers, goldenrod and asters are all bee-friendly. Leave old hollow stalks (like from sunflowers) as homes for solitary bees in winter and a mound or two of earth for burrowing bees, including bumblebees.

The buzz on council’s decision to designate Toronto a Bee City.

Toronto is home to more than 300 species of bees, many of which are in decline.

Toronto is wild about bees: the city publishes a Bees Of Toronto guide and has an unofficial bee mascot, the bicoloured Agapostemon.

Bees are critical to the sustainability of the city’s natural areas. Toronto’s official plan, in fact, includes a commitment to “protecting, restoring and enhancing the health of natural ecosystems and supporting biodiversity, with specific attention to habitat for native species.”

As a Bee City, Toronto will be required to develop a “pollinator protection strategy.”

On that count, a working group consisting of representatives from various city divisions has been established.

The city’s report notes that in addition to the collapse of the honeybee population, thousands of native bee species are in decline, in many cases to the point of extinction.

The threat to native bees increases depending on the building materials they require for their nests. Size also matters: bumblebees can fly a mile or more to forage, but sweat bees usually fly no more than 100 metres from their nests.

The city will celebrate its status as a Bee City with an annual proclamation and public awareness campaign.