What you're not hearing, following Thursday's announcement about the province's plan to allow beer in grocery stores and small brewers. 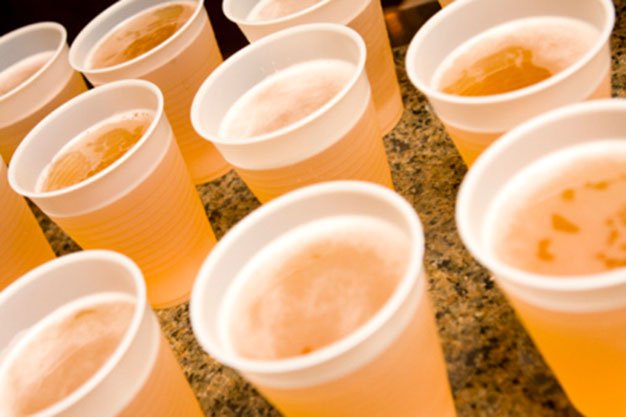 What you’re not hearing, following Thursday’s announcement about the province’s plan to allow beer in grocery stores and small brewers more space on Beer Store shelves, is much complaining from craft brewers.

That’s partly because some of the most outspoken are on the other side of the continent, at the Craft Brewers Conference in Portland.

It’s also because there’s still a great deal of ambiguity surrounding how the proposed changes will ultimately be rolled out. But mostly it’s because a year ago, nobody and I mean nobody would have predicted this much progress from a government that consistently championed the status quo.

As the name suggests, Striking the Right Balance: Modernizing Beer Retailing and Distribution in Ontario, is really still just a compromise a coddling blueprint for long-overdue reform.

Led by the former head of TD Bank, Ed Clark, the Premiers Advisory Council on Government Assets authored a politically smart, 67-pager that offers some hope and opportunity for most, by admonishing one The Beer Store’s virtual monopoly.

From a consumer and a producer perspective, the biggest development is that as many as 450 grocery stores will be selling beer each mandated to allocate space to small brewers, but it’s going to take 10 years. That, alone, is a small victory for the scores of Ontario breweries that view the current retail environment as forbidding.

For the founder of Muddy York Brewing Co. it’s a start.

Personally I don’t shop at the Beer Store… probably never will. Still, Jeff Manol sounded buoyed by the day’s news.

His small brewery just opened in January. In regards to a more diverse marketplace, he says: I was a little pessimistic, but I’m glad it’s opened up.

The co-founder of Forked River Brewing Co. is also applauding the move, but is anxious for more details.

Andrew Peters wants to know, for instance, whether groceries stores will have unfettered access to breweries or be bound by what the LCBO deems saleable. According to Thursday’s recommendations, new licensees would be required to use the government agency as wholesaler.

Peters says his company’s award-winning Capital Blonde Ale has been turned away twice by the LCBO. Because of the LCBO snub, it’s currently only available at his brewery, in an industrial area of east London.

Darren Smith is very pleased about the changes, even though the government ignored his own public request. As spokesperson for the Ontario Craft Brewers, the owner of Lake of Bays Brewing Co. has been pressing the government to allow breweries to open their own craft beer stores, where they could cross-sell each other’s products.

He even brought up the issue while addressing the Speaker’s Tasting Event at the Legislature, last month. Thursday’s report makes no mention of anything of the sort.

That is the one piece that doesn’t seem to have come through. Maybe it’s just not the right place or right time.

Still, despite not getting their own stores, the Ontario Craft Brewers cited Thursday as a monumental day, estimating the new changes will allow craft brewers to double or triple our share which will create another 1,000 to 2,000 direct craft brewery jobs across the province.

Also missing from the final edit, Ontario’s cider producers. While wine and spirits are still being analyzed by the asset review panel, the word cider doesn’t appear even once in Clark’s 120,000-word document.

Cider is one of the fastest growing categories of alcohol in the LCBO and Ontario Craft Cider is a major part of that growth, according to a statement put out by the Ontario Craft Cider Association, which has grown from 16 to 22 members just in the past year.

But while Ontario Cider is sold like a beer, it is regulated as a non-VQA wine, which makes it too easy to be forgotten.

Muddy York’s Manol has already ordered new tanks for his brewery in the city’s east end, and is planning his retail shop. I hope more will open up going forward, but if you had asked us even two years ago if this could happen, we would have said ‘forget it.’ Is it the ideal system? I guess we’ll wait and see.