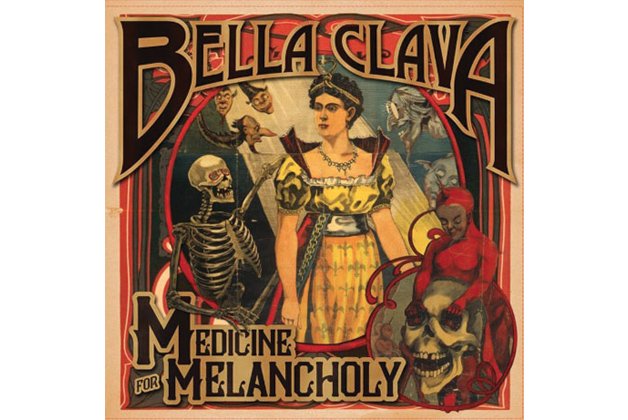 Caitlin Dacey has been rocking behind the Korg in Ian Blurton’s Public Animal of late, but Bella Clava’s sophomore album makes it clear that she hasn’t put her primary songwriting vehicle on the back burner. Earlier this year she and her three bandmates headed to Rancho de la Luna in Joshua Tree for a week of live-off-the-floor recording in the space once occupied by Queens of the Stone Age, Kyuss, Fu Manchu and so many other desert rockers.

Formed in Thunder Bay and now based in Toronto, Bella Clava play something closer to 90s alt, but the studio still worked its magic, along with producer Mathias Schneeberger. The nine tracks have a sound big enough to match Dacey’s raw powerhouse vocals and catchy choruses. Broken Spirit thrives on its Cobainesque melody, and guitarist Steve Suttie’s When Christ Was A Cowboy has righteous proggy rhythms and classic rock epicness. But the high-energy rock and roll of the title track and A Face Only A Mother Could Love is what Bella Clava does best.