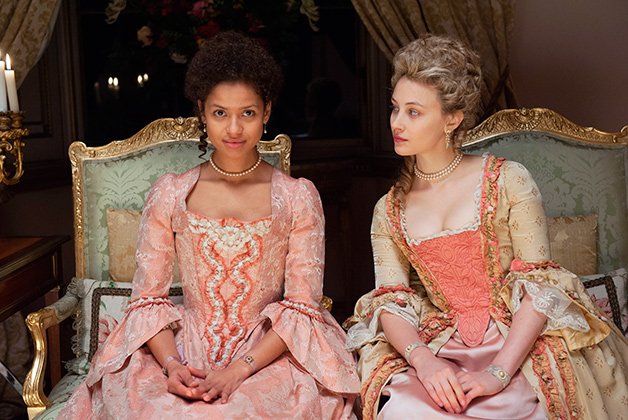 This historical biopic about Dido Elizabeth Belle, daughter of an 18th century British naval officer and an African slave, aspires to more complexity than its lavish costume-drama packaging will allow.

Gugu Mbatha-Raw (Larry Crowne, Odd Thomas) makes a strong lead as a young woman brought up among gentry but forever kept at a remove from them Tom Wilkinson is nicely stuffy as the uncle who raised her and Sarah Gadon is terrific as his more privileged daughter.

But while Misan Sagay’s script is rife with intriguing subtext, the text itself is a little simplistic, with stilted dialogue and broader-than-necessary supporting performances by Miranda Richardson and Tom Felton as Dido’s social-climbing antagonists.

Those weaknesses work against director Amma Asante’s goal of an accessible, mass-audience drama that shows how the story’s issues of race and gender are still (sadly) entirely relevant today.