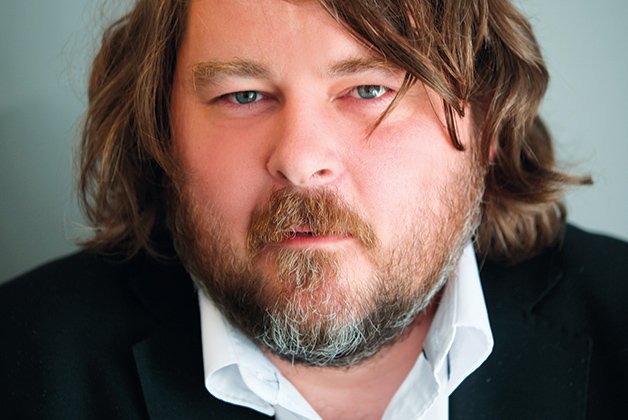 Ben Wheatley’s A Field In England contains one of the most disturbing shots I’ve seen in years. There’s nothing graphic or upsetting in it – it’s just Reece Shearsmith emerging from a tent – but it goes on and on and on, increasing in intensity and power until I literally could not bear to look at the screen.

“My nightmares were like that as a kid,” says the director, chilling in his distributor’s office the day after the film’s Toronto Film Festival premiere. “I used to have a recurring nightmare that was looking at a piece of bark and just getting closer and closer to a tree – and that shouldn’t be uncanny. But I think a lot of David Lynch’s stuff is like that. Why is Eraserhead scary? It shouldn’t be. It’s silly. But it’s terrifying.”

That description could just as easily be applied to A Field In England. Set in 1648, with the English Civil War raging in the background, it follows a handful of men (including Shearsmith’s character) as they dig for a hidden treasure at the behest of a mad nobleman (Michael Smiley). Bonds are forged, superstitions shared, and a great deal of madness erupts thanks to a nearby mushroom circle.

This marks a real departure for Wheatley, who’s broken out as the director of the intimate genre experiments Down Terrace, Kill List and Sightseers.

“It’s different in that it’s not a recognizable genre,” he says. “It’s hard to quantify what it is. There’s no elevator pitch for it, it’s not something you can get behind as easily as you can with Sightseers.”

Part of that is the decision by Wheatley and screenwriter Amy Jump to deny the viewer as much exposition as possible. The movie starts, and we’re plunged into madness.

“Good cinema is a mixture of those two positions of sensation and plot,” he says. “In some there’s more plot, and in some there’s more sensation. And it goes to this very day, doesn’t it? Transformers is a sensation movie with not so much plot. Those big blockbuster movies are more abstract than A Field In England could ever hope to be. Like, what is the story in those movies? When you strip them down, you just go, ‘What the fuck is that? A car that turns into a thing?'”

The nightmarishness of A Field In England is compounded by its hallucinogenic quality as the characters slip into deliriums both religious and pharmacological.

“I was talking to someone about it the other day,” Wheatley says, “[who said movie] ‘trip’ sequences or hallucinations could be really eggy and bad. They just end up as slightly crappy surrealist imagery re-appropriated. We were thinking about making you feel like you might feel in your brain – not showing you what you would see, but making you feel it physiologically.”

Ben Wheatley on the storytelling potential of the 17th century:

Wheatley on the tradition of “unique” cinema:

Wheatley on why The Shot is so disturbing [possible spoilers]: