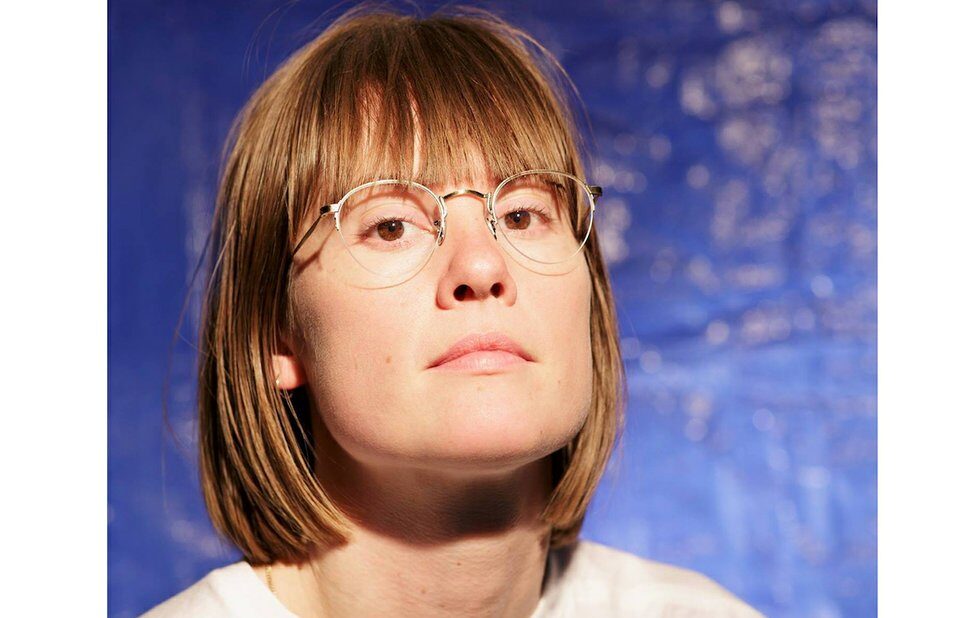 The members of Bernice have had a busy month. Last weekend, Thom Gill, who handles synths in the band, played guitar and synths at DIANA’s album release show at the Great Hall before performing as a part of the 11-piece Queer Songbook Orchestra at Burdock’s holiday concert three days later. The next day, he played guitar in JindaLee’s backing band at the Monarch. Later he and Bernice singer, Robin Dann, joined Bernice’s percussionist Phil Melanson and a cast of other local talents for a tribute to Joni Mitchell’s Hejira at the Holy Oak.

Somewhere in the midst of all of those performances, Bernice found the time to open for avant-jazz duo Mary Halvorson and Stephan Crump at Ratio, and convened once again at 165 Geary for Red Bull Sound Select’s “Toronto holiday forecast” showcase on Friday night. During their set, it became apparent why Bernice are able to juggle so many projects: this group is bubbling over with talent.

There was a fair amount of buzz ahead of their performance thanks to the release of St. Lucia, their first single for Arts & Crafts, and, despite a snowstorm, their early set attracted a solid turnout.

Initially, Bernice had to fight to be heard above the crowd chatter, but they seemed to anticipate this scenario by enlisting vocalist Felicity Williams to support Dann. The combination of their voices was striking, subduing the crowd as the sound engineer brought the rest of the levels to an acceptable mix above the commotion. Finally, hearing Dann and Williams’ voices in tandem with Gill’s warm synths, Melanson’s inventive beats, Colin Fischer’s weirdo guitars and Josh Cole’s supportive bass lines, left a tremendous impression. Though hard to classify, Bernice’s intricate pop music is clearly made by people who have honed their skills to the point of a Tungsten needle.

The other three bands on the bill waged comparable battles, calling into question whether these kinds of corporate-sponsored parties are really the great showcases of new music that they aim to be. It was hard to tell if people were there for the music or if they were there because a cool brand was having a party in a cool space. Usually bands this good don’t have to fight so hard for people’s attention.

Young Clancy’s music operated on a similar R&B wavelength to Bernice, but they opted for a simpler approach. With only one song on Soundcloud (they deleted their Bandcamp page), the local two-piece are relatively unknown. Many of their songs consisted of only voice and keys and vocalist Nate Burley often paused to let silence linger to great effect. Though it was often hard to hear his voice over the crowd, the bass lines seemed to connect with the audience on a deeper, physical level as they danced and swayed to the music.

On record, Jaunt’s music has the same warped quality as Mac DeMarco’s sun-baked brand of indie pop, but live it was more about contour and texture. The prominent low-end sounds balanced out gentle, wandering guitars. Having just returned home from an east coast tour, the five-piece band sounded tight and together, and even performed a couple of newer songs that already sounded polished. Jaunt played at the top of their game, which gave ample spotlight to their clever and catchy songwriting.

Headliners and Red Bull Sound Select darlings (they played another Red Bull gig last August) Kilmanjaro were perhaps best equipped to compete with chatty crowd thanks to their two percussionists. The four-piece describe their music as “spiritual jungle” and the through-line between what they do and classic jungle music was obvious in the stuttering and frantic drum beats they dished out. The “spiritual” side came from vocal-heavy arrangements and ambient textures that floated over the percussion, balancing the chaos with grace.

Given that 2016 was a complete dumpster fire, full of deaths and political disappointment, this showcase was ultimately a great way to usher in the new year by giving us something to look forward to in 2017.