The best movies and free screenings this summer 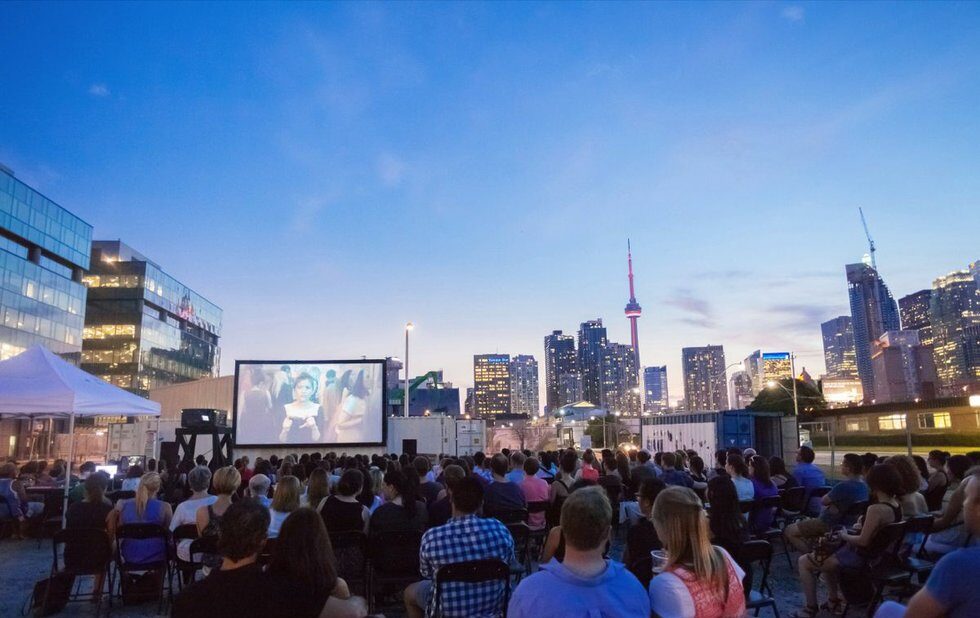 This year’s Yonge-Dundas Square City Cinema program spotlights Canadian actors and filmmakers, starting with the adventures of Bob & Doug McKenzie in Strange Brew (June 27), mixing in classics like Bon Cop, Bad Cop (July 18) and The Blues Brothers (July 25) with more recent work like Whip It (July 11) and Sarah Polley’s Take This Waltz (August 15). I still have no idea how they got to screen that in public.

Christie Pits Film Festival‘s theme for this year’s Sunday-night screenings is Eyes On The Prize, films about “competition, camaraderie and the drive to win.” The festival opens June 25 with Harold Lloyd’s silent classic The Freshman, with a live musical score by the Holy Gasp. This series is free/pwyc, with a suggested donation of $10.

And speaking of paid outdoor series, the Open Roof Festival is back at 99 Sudbury with Tuesday-night double-bills of cinema and live music all summer long, launching June 27 with the Anne Hathaway-Jason Sudeikis monster mash Colossal. The full lineup has yet to be announced, but last year’s program included the Toronto premiere of Anna Rose Holmer’s brilliant The Fits, so we’re hoping things are equally ambitious for 2017.

Drunken Cinema has upped the ante on the movie-going experience. The organizer behind the movie drinking game series has come up with a brilliant way to combine a night out at the movies with a night out at the bar with friends. Every month, a screening of your favourite sleazy slasher or cult classic is accompanied by fun props, popcorn, prizes and, of course, booze – you can’t have a drinking game without it. Pick your poison at the bar or indulge in the night’s themed cocktail at the Steady Cafe & Bar. Be sure to book your spot – go solo and join a team of new friends or go with your pals. Reserve early, seating is limited and spots go quickly.

Music has always been an essential element of Edgar Wright‘s movies – Shaun Of The Dead, Hot Fuzz and The World’s End use their pop soundtracks to illustrate and comment on the stories, and of course Scott Pilgrim Vs. The World is just wall-to-wall indie rock, even if one of those numbers is 13 seconds long. But with his new summer movie, Baby Driver, Wright reaches even further: the playlist and the narrative are inextricable, as Ansel Elgort‘s eponymous wheelman performs impossible stunts to the beats of Golden Earring, Beck and Queen – and a new track by Danger Mouse, Run the Jewels and Big Boi. How can this not be the soundtrack (and possibly movie) of the summer?

If you enjoy spending summer days in the dark, TIFF Cinematheque puts a spotlight on the groundbreaking work of Ida Lupino, a Hollywood star in the 1940s and 50s who made the jump to directing and tackled themes like chronic illness and sexual assault. Given Nicole Kidman’s recent comments in Cannes about how women diretors continue to be underrepresented in Hollywood, this retrospective is particularly timely. Some of Lupino’s hard-to-find films – like Never Fear, Outrage, The Hitch-Hiker and The Bigamist – are part of the series Ida Lupino: Independent Woman, which also includes a selection of classics by other filmmakers in which she starred.

Fans of The Dark Tower books have been waiting a long, long time for the movie version. Stephen King has been talking about a possible adaptation since the first book was published in 1982, and 35 years later it’s finally here, directed by Danish filmmaker Nikolaj Arcel (A Royal Affair). Matthew McConaughey seems like a good call for the sinister Man in Black, but Idris Elba is the perfect choice to play the book’s hero, gunslinger Roland Deschain. The role seems tailored to Elba’s intelligence, wit and off-the-charts charisma, and we cannot wait to see what he does with it.

Get more from this year’s Hot Summer Guide!