NOW MagazineNewsThe best outdoor activities to do in Toronto this summer

The best outdoor activities to do in Toronto this summer

In 2016, the Laneway Project launched a summer Laneway Crawl series that transformed different alleyways in Toronto neighbourhoods into lively. 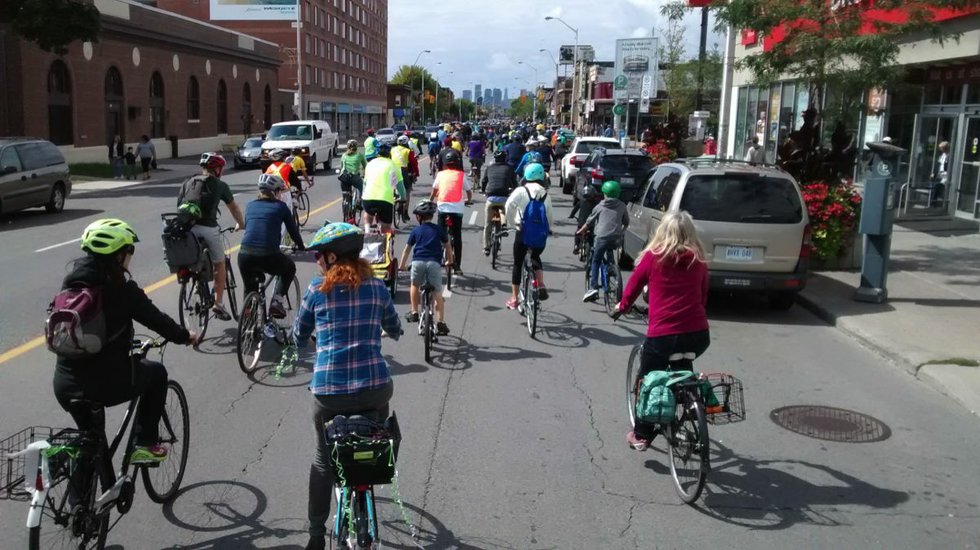 Tucked in behind the Eaton Centre and the Bell Trinity Building, encircled by maples and announced by a limestone arch, the Toronto Public Labyrinth is one the city’s best-kept secrets – not to mention a great place to watch people get lost in their thoughts. Modelled after a medieval maze, the labyrinth has invited wanderers to contemplate chaotic times since 2000, first as a grass labyrinth and since 2005 a paved stone maze. Dozens of labyrinths have sprung up across the city since thanks to the efforts of the Toronto Labyrinth Network, including at High Park, which hosts this year’s summer solstice celebration. Unlike in Greek mythology, you won’t find any monsters hiding at the centre, except maybe those inside your head, in which case you’ve come to the right place.

The battle over bike lanes on Bloor is not quite over. City council still has to give the one-year pilot project launched last August the official green light. But cycling activists are already turning their sights to the next missing link in Toronto’s bike plan: the Danforth. The sixth annual Bells On Danforth, the pedal-powered parade to install bike lanes through Greektown and into Scarborough, takes its velo revolution east.

June 24 at 10:30 am from Prince Edward Viaduct Park (across from Castle Frank station), free, bellsondanforth.ca

The first Canadian team to play in the Rugby Football League (RFL for those of us in the know), Toronto Wolfpack is enjoying a much-deserved moment. The team is literally the personification of It’s Raining Men! The upcoming match against York City Knights (runners-up in the 2016 UK League 1 Cup) is a must-see, being touted as the David vs Goliath of RFL matches. Don some black and white Wolfpack gear and head to Lamport Stadium and cheer on our boys.

Okay, so when the total solar eclipse happens on August 21, Torontonians will only see part of it. But it’ll still be awesome – and imagine the photos coming our way from prime total solar eclipse spots like Hopkinsville, Kentucky, where the maximum point will occur (at 6:20 pm) and last for almost three minutes. In Toronto, expect things to start going dark just after 1 pm and return to normal just before 4 pm. It’s the first total eclipse visible from all of the U.S. since 1979.