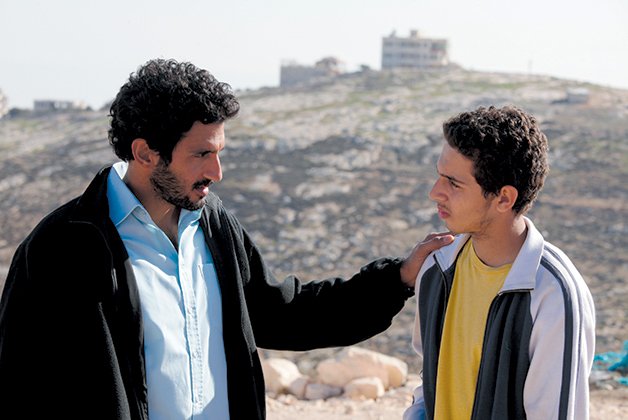 Stop me if you’ve heard this before: In this tense cat-and-mouse thriller set in the heart of the Israeli-Palestinian conflict, an Arab teenager is thrust into a world of deception and betrayal when he’s enlisted as an informant by Israel’s secret service.

But if the storyline is similar, the execution is very different. Where Omar played out entirely from the perspective of its protagonist, Bethlehem gives equal time to teenage Sanfur (Shadi Mar’i) and Razi (Tsahi Halevi), the Shin Bet agent who runs him.

It’s a purely strategic relationship – Sanfur’s older brother Ibrahim (Hisham Suliman) is a high-value target whom Razi monitors thanks to Sanfur’s access – but it becomes more complicated over time, with Razi offering fatherly advice to the neglected Sanfur and trying to keep the kid out of the crossfire as various factions of militants start to turn on one another.

And where Omar took its time to develop its central character, Bethlehem builds a more complex narrative of constant danger. There’s also a deeper sense of Shin Bet as an organization – not surprising, since director and co-writer Adler is a veteran of the service.

If you’ve seen Omar, Bethlehem will play as a fascinating mirror image. If you haven’t, it stands fine on its own.