>>> Between the world and me by Ta-nehisi coates

After reading Between the World and Me, it is clear why Ta-nehisi Coates is one the most important voices of this era 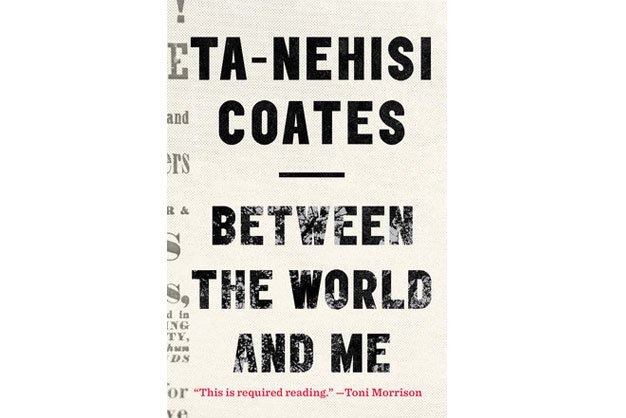 BETWEEN THE WORLD AND ME by Ta-Nehisi Coates (Spiegel & Grau/Random House), 152 pages, $31 cloth. Rating: NNNN

Ta-Nehisi Coates is being celebrated as the most important writer about race in the United States, but that’s not quite right. He’s definitely a voice to reckon with, but he’s not writing only about racism. He’s got his eye on America itself.

Between The World And Me is his highly personal account of growing up black in Baltimore and becoming a journalist.

It’s also a love letter to his 15-year-old son, Samori, who’s coping with the fact that Ferguson, Missouri, cop Darren Wilson has not been arrested for the murder of teenager Michael Brown.

In free-flowing prose fuelled by insight and outrage, Coates recalls how parents in his neighbourhood beat the crap out of their kids from both love and terror, and how the streets were as important as schools in controlling black kids. His description of the first time he saw a barely teenage boy pull a gun – and what he learned from the incident – is a knockout.

Although his father was a Black Panther captain, Coates discovered politics at Howard University, as well as poetry (the economy of truth, as he puts it) and community.

He’s terrific on the subject of the entitlement of white people. His analysis of an incident when a middle-aged white woman pushed his five-year-old son out of the way at the bottom of an escalator is deeply revealing – as self-aware as it is clear-eyed about the world around him.

Later, his experience of journalism teaches him how to listen.

But he’s most set here on dismantling the idea of the Dream – not the American Dream, but the obsessions with individualism and freedom, which cannot exist in a society as absolutes. They’re promoted in the U.S. at the expense of an understanding of the country’s history.

Very occasionally, Coates overreaches in his generalizations, but this isn’t a book you argue with. It’s an essay that emerges directly from authentic experience.