Album of the week: Beyonce tastes the bitterness of marital strife

BEYONCE Lemonade (Columbia/Sony). Rating: NNNNThe institution of marriage has long been essential to Beyonces creativity. The pop superstars songs are. 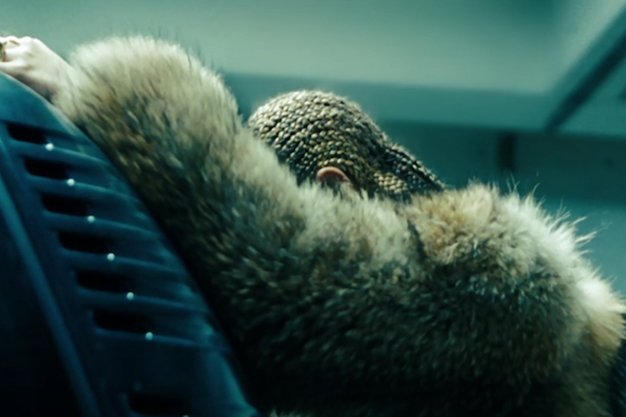 The institution of marriage has long been essential to Beyonces creativity. The pop superstars songs are rarely written or sung from the point of view of someone unattached (Single Ladies included), and if her matrimonial standing ever seemed iffy she might turn up in the video wearing a wedding dress to reassure us that, yes, she has her man on lock.

Of course, Beyonce has sent the odd man packing most joyously in Irreplaceable but the bitterness of Lemonade is something different. You can taste the dishonesty / its all over your breath, she sings on opener Pray You Catch Me.

And its all over her sixth album, which she surprise-released on Saturday night. Her man cheated and shes pissed, but shes not ready to sing “to the left” just yet. Walking away would be the easy choice and so Lemonade takes us through Beyonce’s feelings of jealousy, indignation and resentment before settling into themes of redemption and forgiveness.

Since 2011s 4 album, Beyonce has gone deeper into R&B and soul sounds with little regard for the expectations of pop radio. Her 2013 self-titled album explored sexuality and femininity in personal ways but within the familiar realms of hip-hop swagger, high glamour and cellphones-in-the-air ballads.

Lemonade is her most out-there album yet both in the nakedness with which the notoriously private star is seemingly describing marital strife with husband Jay Z, and in the huge scope of musical influences it encompasses, from wild and raw gospel and blues rock to precisely calibrated R&B.

On the Jack White collab Dont Hurt Yourself, the bluesy Freedom (featuring Lamar) and torcher Sandcastles Beyonce’s singing is throaty, coarse and surprisingly unvarnished. The poison darts become sharper on the anthemic Sorry and so do her vocals while the meditative Love Drought alternates between a breathy chorus and playfully phrased verses.

The album was released in tandem with an hour-long HBO film that couched her personal crisis within the historical perseverance of African-American women. The films costuming, make-up and imagery nods heavily to the pre-Civil War American South, mysticism and tribal Africa. Beyonce is often surrounded by other Black women in contrast to the album, which primarily features the voices and musical contributions of men.

A notable exception is Jay Zs grandmother, Hattie, who is heard on the outro to Freedom addressing an audience on her 90th birthday: I had my ups and downs but I always find the inner strength to pull myself up. I was served lemons but I made lemonade.”

Lemonade also acknowledges that, in relationships, inner strength only goes so far. Why are you afraid of love? Beyonce asks on the film’s dialogue track, seemingly in conversation not just with Jay Z, but with male pop singers and rappers who play up cavalier attitudes toward intimacy.

Like Kanye Wests Yeezus album, Lemonade explores how history and family can shape personal relationships in the present. Whereas lead single Formation mixed up the personal with the political in thrilling ways, Lemonade zooms in on specific facets of that dynamic.

What sets Lemonade apart are the ways it continually highlights the fine line between empathy and anger. Its a line Beyonce walks with supreme confidence. When you love me / you love yourself, Jack White sings on the incendiary Dont Hurt Yourself. Love God herself.

Beyonce performs at the Rogers Centre on May 25. See listing.