Review: Beyond The Lights 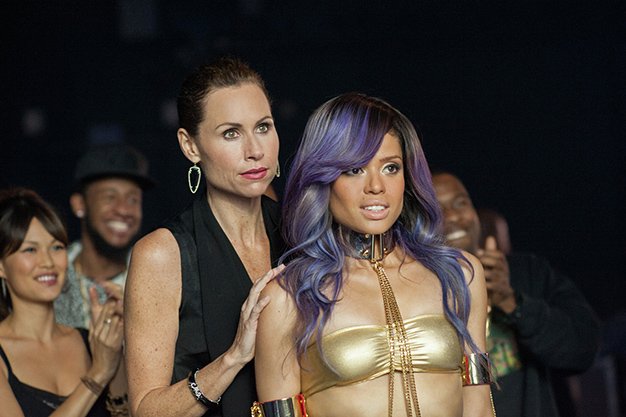 Minnie Driver (left) shoves Gugu Mbatha-Raw into the spotlight in decent Beyond The Lights.

She’s an English hip-hop artist on the verge of her big break. He’s a Los Angeles cop with political aspirations who stops her going over a hotel balcony. This being the movies, they’re instantly drawn to one another, but can these crazy kids make it work?

That’s the pitch for Beyond The Lights, a new romantic drama from Love & Basketball writer/director Gina Prince-Bythewood.

As in her beloved debut, Beyond The Lights is a love story about characters with three dimensions and compatible personalities here, each has been raised by a single parent devoted to their success.

But having established Noni and Kaz as complex, intelligent souls who are worthy of one another’s validation and love, Prince-Bythewood has to spend another hour and a half inventing increasingly silly obstacles to their happiness.

The film reminds us why straight-up romances are so few and far between these days: the genre depends on contrivance more than almost any other. But when the couple clicks, it still feels pretty damn good.