NOW editors pick a trio of this week's can't-miss events 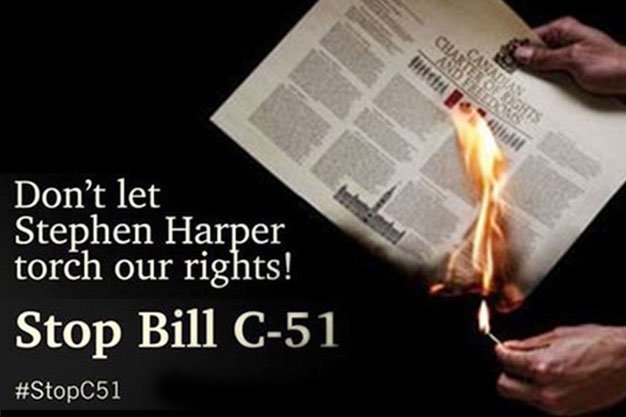 A coalition of 41 human rights and civil liberties groups has sounded the alarm over Anti-Terror Bill C-51 giving police too much power dozens of lawyers have declared the bill unconstitutional editorialists from across the political spectrum have joined the chorus of condemnation. And on Saturday (March 14), thousands are expected to take part in a National Day of Action Against C-51 at rallies and marches sponsored by Leadnow.ca, Idle No More and the Ontario Federation of Labour, among others. Events get under way in Toronto at Nathan Phillips Square at noon. Leadnow.ca.

2) FUTURE OF THE CBC

Liberal MPs Adam Vaughan and Chrystia Freeland invite the public to discuss arts, culture and the future of the CBC in a forum Thursday (March 12), at the Art Gallery of Ontario, 317 Dundas West. 7 pm. Free. RSVP chrystiafreeland.ca.

Jose Figueroa faces deportation for being a non-violent student activist in 1980s El Salvador. Now music theatre performers Mark Cassius, Alessandro Costantini, Daniel Williston and others perform to support his cause in Divas And Divos Against Deportation. Monday (March 16), 7 pm, at the Magic Oven, 347 Keele. Pwyc. 416-604.0202.