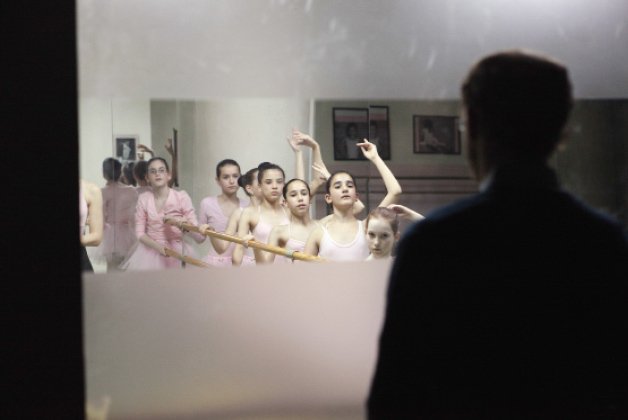 Big Bad Wolves was in Israeli theatres while Prisoners was still in production, but it feels like a bizarro version of Denis Villeneuve’s hot-button morality tale.

Once again, a parent (Tzahi Grad) driven over the edge by the abduction of his daughter kidnaps the prime suspect (Rotem Keinan) and tortures him to get to the truth. The variation here is that the cop (Lior Ashkenazi) obsessed with the case is also chained up in the torture room, debating whether or not to assist the madman in his inquiries.

But where Prisoners went screaming off the rails in its final half-hour, Big Bad Wolves starts showing its structural cracks much, much earlier. Directors Aharon Keshales and Navot Papushado, who made the effective horror pastiche Rabies in 2010, are ultimately much more interested in depicting bloodshed than in considering its moral implications.

And the image of two Israelis debating the merits of torturing a captive is made slightly less effective when one of those Israelis is styled and dressed as a doppelgänger for Dick Cheney.

Ashkenazi’s uncanny resemblance to Steve Carell is a little distracting, too. Though I’d love to see Carell take on a role like this someday.