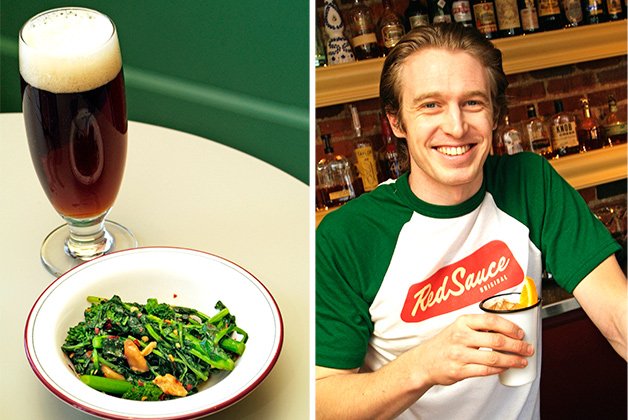 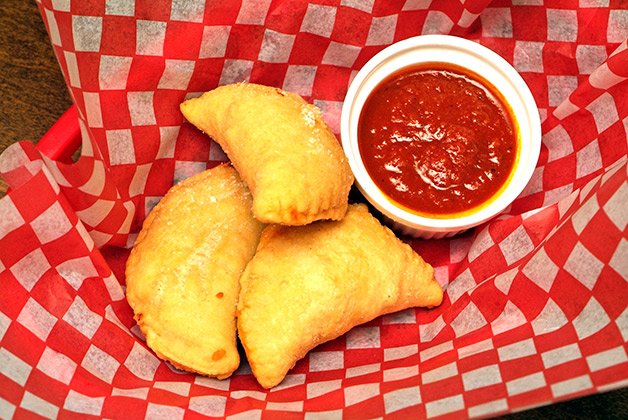 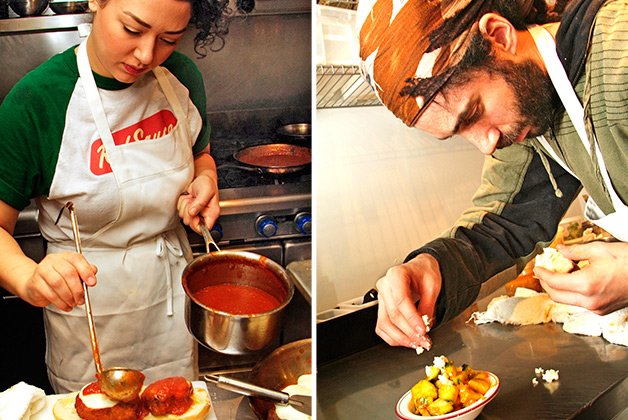 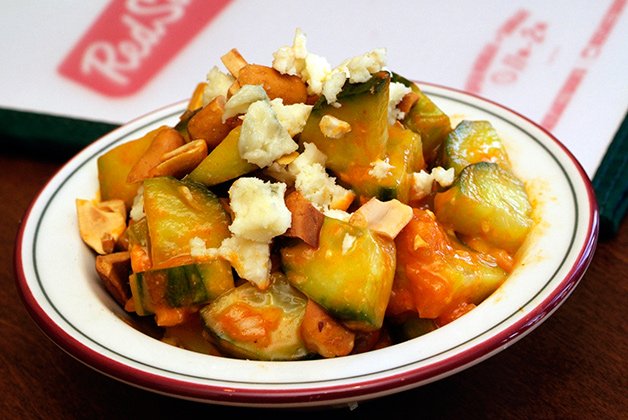 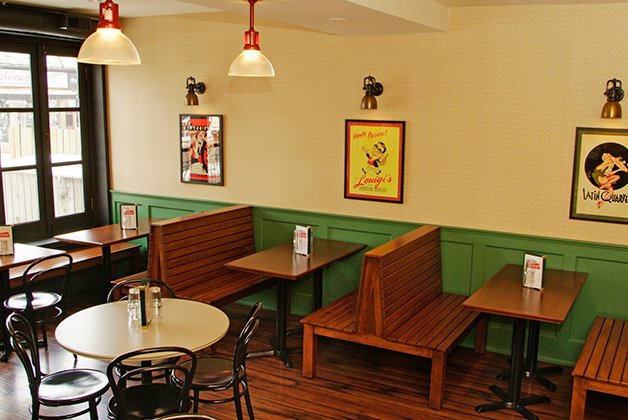 RED SAUCE (50C Clinton, at College, 416-792-6002, redsaucetoronto.com, @RedSauceToronto) Complete dinners for $35 per person (lunches $25), including tax, tip and a tall-boy of Old Milwaukee. Average main $12/$9. Open daily 11 am to 2 am. Closed some holidays. No reservations. Licensed. Access: two steps at door, washrooms in basement. Rating: NNN

Some might say that opening a casual old-school Italian trat at College and Clinton brings coal to Newcastle.

Aren’t there already 87 other casual old-school Italian trats within six blocks of the corner? Do the names San Francesco, California Sandwiches and Bitondo not ring a bell?

But that hasn’t stopped Scott and Lindsay Selland from launching Red Sauce at ground zero in Little Italy directly across the street from Café Diplomatico. When in Rome, make like the locals.

Red Sauce started out as Acadia, that temple to haute gastronomia that wowed the critics with its foams and fiddly bits a few seasons back. But after two years of high-profile chefs, an avant-garde carte that didn’t change every day so much as every 15 minutes and the whims of fickle foodies with short attention spans – not to mention the addition of two new-born daughters – the Sellands were ready for a simpler life.

And so Red Sauce, a 50-seat room decked out in warm yellow walls and olive-green wainscoting that looks straight out of Scorsese’s Mean Streets. All that’s missing are checkered tablecloths and melting candles in Chianti bottles.

The lineup’s just as familiar. There are Italian-style veal, chicken and garlicky pigs’ knuckle sandwiches, all cooked sous-vide, then breaded ‘n’ deep-fried, layered with simple tomato sauce – the red sauce in question – creamy fior di latte from Cheese Boutique and fresh basil, and served on crusty kaisers ($9) or sub-sized hoagies ($12) from nearby Riviera Bakery. They make very good all-beef meatballs as well.

But for the biggest bang for the buck, go with any of them as $17 platters, our favourite the retro eggplant parmigiana with cheese and sauce. Sided with a choice of either house-baked bread knots or mini-calzone and two of five veggie options – the best, spicy broccoli rabe with sweetly roasted garlic, blistered shishito peppers with lemony aioli, and Buffalo-wing-style cucumbers with blue cheese and peanuts – they’re more than most can finish.

And though we’re tempted by zeppole – think five-packs of Timbits injected with chocolate syrup ($4) – we go with two straws and the Sauce’s Popcorn Float of aged dark El Dorado rum and house-made caramel-corn ice cream ($9) instead, a boozy finale worthy of Disney’s Lady And The Tramp.