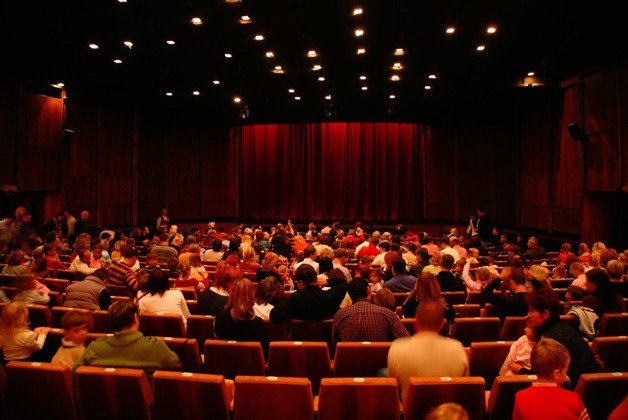 In what has to be the dumbest idea since they started charging an extra 50 cents for that second butter shot, Cineplex has announced a new pilot project for its Varsity cinemas.

Later this year, the two centre rows of seating in an undisclosed number of the complex’s theatres will be upgraded to “premium seats” – with slightly larger club chairs that sound a lot like the ones currently in use in the chain’s VIP screening rooms. Premium seating will cost an additional two to three dollars, and you’ll be able to book specific seats well in advance of the day of the screening.

Does that work for you? Would you be willing to spend a couple of extra dollars to sit in slightly larger chairs, in the middle of the room?

I can see one advantage to this model. Reserved seating means you don’t have to worry about getting to the theatre an hour early to line up and get a good seat – as several people have mentioned on Twitter since Pat Marshall, Cineplex’s vice-president of communications and investor relations, discussed the topic on CBC’s Metro Morning earlier today.

But that’s about it, really. If it’s only two rows, that accounts for just a tiny percentage of the room – and obviously, the experience of sitting in the row directly above or below the premium seats won’t be radically different. I really can only see this being of real value in the Varsity 8, a theatre that predates stadium seating.

As Marshall told Matt Galloway this morning, it’s ultimately about choice. You can choose to pay a higher fee and sit in a special seat, or you could choose to have exactly the same experience of image and sound in any of the other rows. And hopefully people are smart enough to have a sense of their own preferred position in a movie theatre, and know that it probably isn’t the two centre rows.

In houses with stadium seating, for example, I prefer to sit off to one side with my eyes roughly level with the top of the screen. And I’m fully aware that I’m complaining about this from a position of privilege I see most movies at press screenings and invitational previews, after all.

That’s a luxury I appreciate more and more with every passing year, either because I’m getting older and crankier or because people really are treating 600-seat auditoria as their own home theatres, chattering and checking their phones and chewing with their mouths open. (It’s always nachos. Why is it always nachos?)

Thing is, if it’s not just me and the theatre experience really is as awful, as I perceive it to be, I could see people being tempted to pay a little extra for better seats – if only for the illusion that they’ll be seeing the movie the way they want to see it.

But that’s the problem. It’s only an illusion. Movie theatres aren’t quite the Thunderdome, but they’re an inherently disruptable experience. You can’t shush a talker or tell an inconsiderate jerk to turn off his smartphone without making some noise yourself, and pulling others out of the movie. Imagine how disruptive it’ll be when someone shows up late to his or her premium seat to find someone else sitting in it because it was empty when the lights went down.

(It doesn’t even have to be a premium seat if the whole auditorium uses assigned seating, any late arrival will turn into a dance of gesturing and shifting. And god help you if your ticket is electronic, which will require you to pull out your phone in a dark theatre to show interlopers your seat number.)

Frankly, I wouldn’t be surprised if this is all an elaborate marketing wind-up for a general price hike, with Cineplex declaring that after careful consideration, they’ve realized all their seats are special.

But you know where premium seating would really fly? TIFF. Imagine a kind of “season pass” price point where you guarantee yourself a specific seat in a specific venue for the entire run of the festival. Would you pay $10,000 for an orchestra seat at the Elgin, the better to watch every Special Presentation just a few feet away from its stars and director?

I bet someone would. And for that kind of ticket, they’d probably even throw in the extra butter shot.