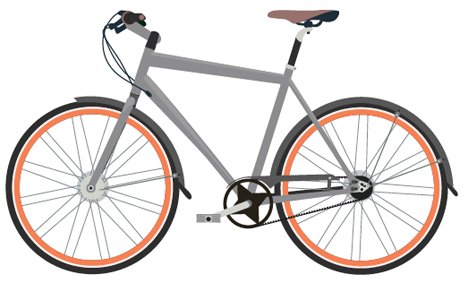 As Bike Month wheels along, we take a sober look at all those cycling-happy city commitments meant to reshape our streets. The Toronto Bike Plan, Shifting Gears, drafted 10 years ago next month, was and still is an ambitious 134-page strategy for transforming Toronto into one of the most bike-friendly cities in the world. A decade later, more people than ever are rarin’ to ride, but pushing pedal-powered transportation is as tricky a proposition as navigating our pockmarked streets. Here’s a snapshot of where we’re at:

• No shortage of wacky-looking racks for parking your ride.

• Bixi bike-lending program: one of the biggest changes to cycling culture that the Bike Plan did not envision.

Why the hell haven’t we done this?

• A green zone downtown where small loads are delivered via foot, bike or public transit only.

• A bike-to-school program to identify safer routes kids can take.

• A system to pinpoint high-collision locations and implement

It’d be nice, but don’t hold your breath.

• A $73 million commitment over 10 years to finish the Bike Plan as first envisioned.

• Shower/change facilities at all city of Toronto workplaces.

• A pool of bicycles for city employees to use in conducting city business.

What the Bike Plan missed

• Despite its lofty goal of 1,000 km of bike lanes, there’s scant reference to separated bike lanes, an item now at the top of the list for many cycling advocates.