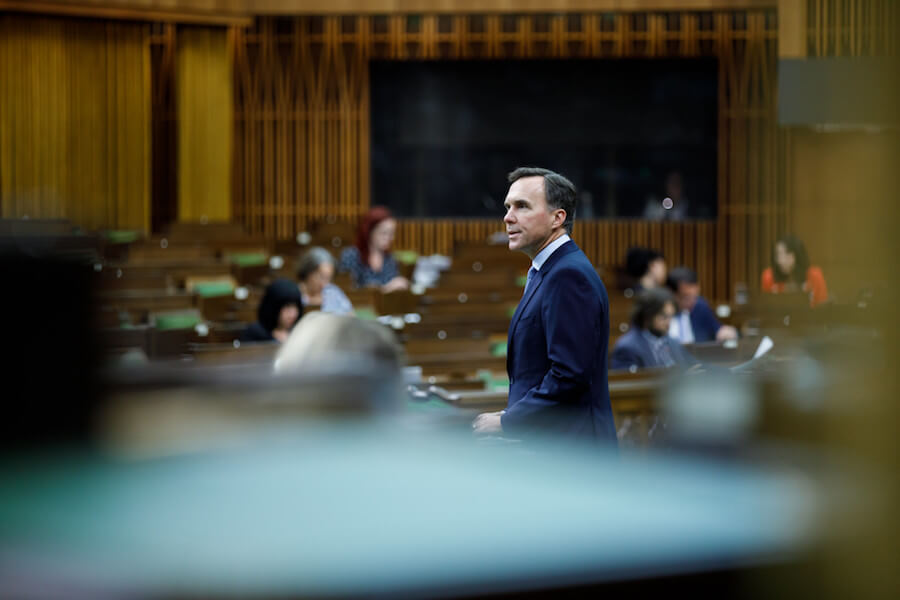 Bill Morneau will always be remembered as the man who forced an economically absurd pipeline on BC residents.

The resignation of Canada’s finance minister, Bill Morneau, has been the talk of the chattering classes in Ottawa and Toronto.

But here in southwestern B.C., he’ll always be remembered as the man who forced an economically absurd pipeline on residents of this region, including the Coast Salish peoples.

When fossil-fuel giant Kinder Morgan was ready to walk away on its Trans Mountain Pipeline Expansion project in 2018, Morneau was ready to bail it out.

Then Morneau and Trudeau decided to use our money to finance a $9.3-billion expansion to triple shipments of diluted bitumen from Alberta to B.C.

For the most part, the Central Canadian media and political establishment cheered them on. This occurred even though this would sharply increase tanker traffic in the Salish Sea.

It’s often reported as a seven-fold increase. But in the last federal election, Burnaby North–Seymour NDP candidate Svend Robinson made a persuasive case the percentage increase in tankers will be far higher than that.

And early this year, Trans Mountain CEO Ian Anderson fessed up that the true cost of the pipeline expansion will be $12.6 billion, not $9.3 billion.

That was disclosed a couple of months before international oil markets crashed.

Since then, there’s been a slight recovery – West Texas Intermediate crude is up to nearly US$42 per barrel. But that’s not nearly high enough to make this white elephant economically viable.

In fact, a year ago, U.S. consultant Jeremy Rifkin predicted that the fossil-fuel economy would collapse by 2028 in his book, The Green New Deal.

That’s because Rifkin believes fossil fuels will increasingly be displaced by zero marginal-cost renewable energy. And that could leave more than US$1 trillion in stranded energy assets in North America alone.

Then there are the Trans Mountain Pipeline Expansion’s greenhouse gas emissions.

According to a 2014 report commissioned by the City of Vancouver, the project’s downstream emissions alone – more than 71 megatonnes – would exceed, on an annual basis, yearly carbon emissions from all of British Columbia. Then there are the more than seven million megatonnes of upstream emissions, should Trans Mountain find enough producers who haven’t gone bankrupt to supply the fuel.