Billy Joel at the ACC 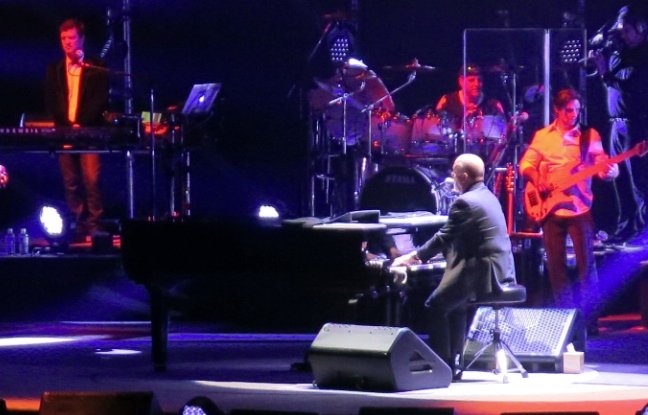 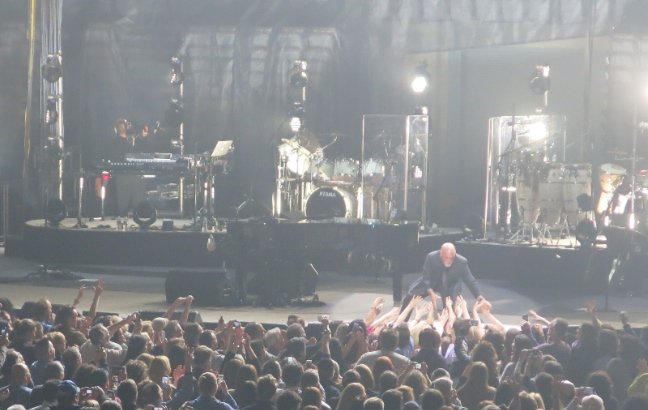 It doesn’t matter that Billy Joel’s hair’s all gone and he hasn’t released a pop record for over 20 years, he’s still got it. The ultimate entertainer, Joel managed to lend an intimate talk-show vibe to Sunday’s ACC show with his “Billy Joel” mug, self-deprecating humour and between-song banter.

Not that the show wasn’t sophisticated. It boasted some of the better use of video projection I’ve ever seen: panels were staggered and spread out so the pictures appeared fragmented, and they alternated between showing live footage of the band and (mostly) meaningful snippets of the past. And Joel’s sprawling backing band were hot-shot pros, if a little over-the-top schmaltzy (but hey, sometimes you just gotta indulge the triple sax section).

By Joel’s reckoning, his catalogue contains more “nots” than hits, and some of the best moments of the show were during lesser-known songs such as And So It Goes (from 1989’s Storm Front) and Vienna (from The Stranger).

But he proved he still has more hits than can be crammed into two hours, opening with Miami 2017 (Seen The Lights Go Out On Broadway), and playing Movin’ Out (Anthony’s Song), She’s Always A Woman, Piano Man, Don’t Ask Me Why and The River Of Dreams, but skipping many others, including (incredibly) Just The Way You Are.

He saved We Didn’t Start The Fire, Uptown Girl and Only The Good Die Young for his mic stand-twirling encore. Though his dance moves felt half-assed and contrived, the fan love at the end was very real.