"It started as a joke," he says. "I kept telling everyone that if I was going to be the best bird watcher in the world by the time I'm 60, I better start now." 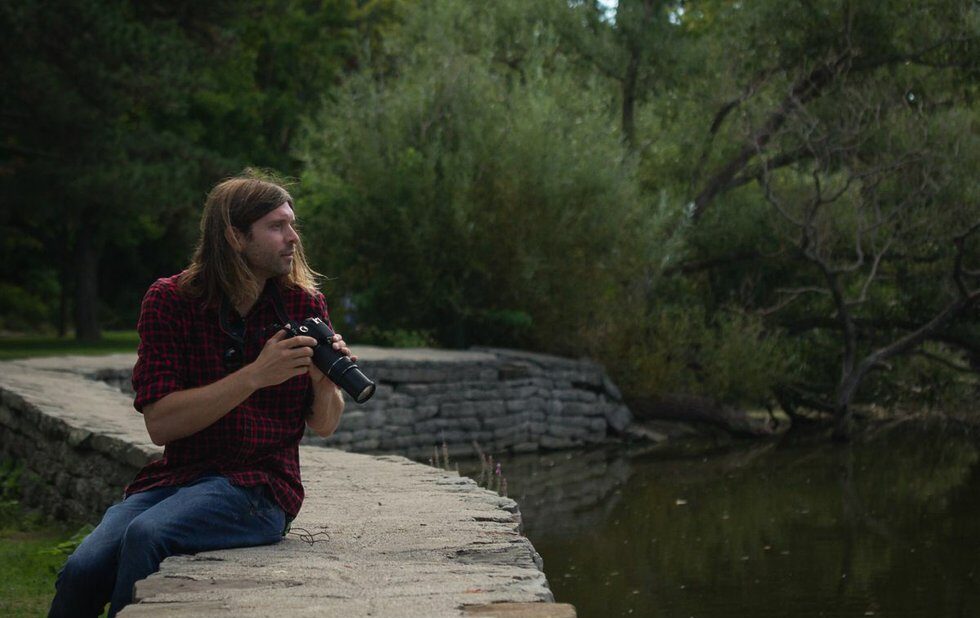 It’s been a big year for Danny Miles, drummer of July Talk. His band’s much-anticipated sophomore album, Touch, is set to be released on Friday (September 9). But he also has a new hobby: he’s been snapping photos different types of birds as far as Ireland, Australia and Alaska while on tour and uploading his birdwatching work to his Instagram account.

While on a brief break in Toronto, Miles took us to High Park – one of his favourite spots to go bird-watching since he took up the hobby in January.

“It started as a joke,” the London, Ont. native says. “I kept telling everyone that if I was going to be the best bird watcher in the world by the time I’m 60, I better start now.”

But his genuine interest grew after he took some photography classes and got a professional camera. What started out as a joke is now accountable for 100+ pictures uploaded with the apt hashtag #drummerswholovebirds.

If the diversity in age of the Toronto Ornithological Club alone is any indication, Miles might have some competition. Among what vice president Justin Peter calls the “white haired crowd,” there has been a trend of younger members joining or dropping in on their outings, which are open to the public.

The increase in budding bird watching urbanites aside, keeping count of exactly how many species of birds Miles has seen since he started isn’t on the agenda. His self-imposed challenge is more about taking great photographs and keeping them as souvenirs. After three years of touring with the band, he says he also needed a new way to find some time for himself while on the road.

“Part of the birding thing for me is the whole meditation part. Just being on my own and walking around. Letting all of the stresses of life go.” 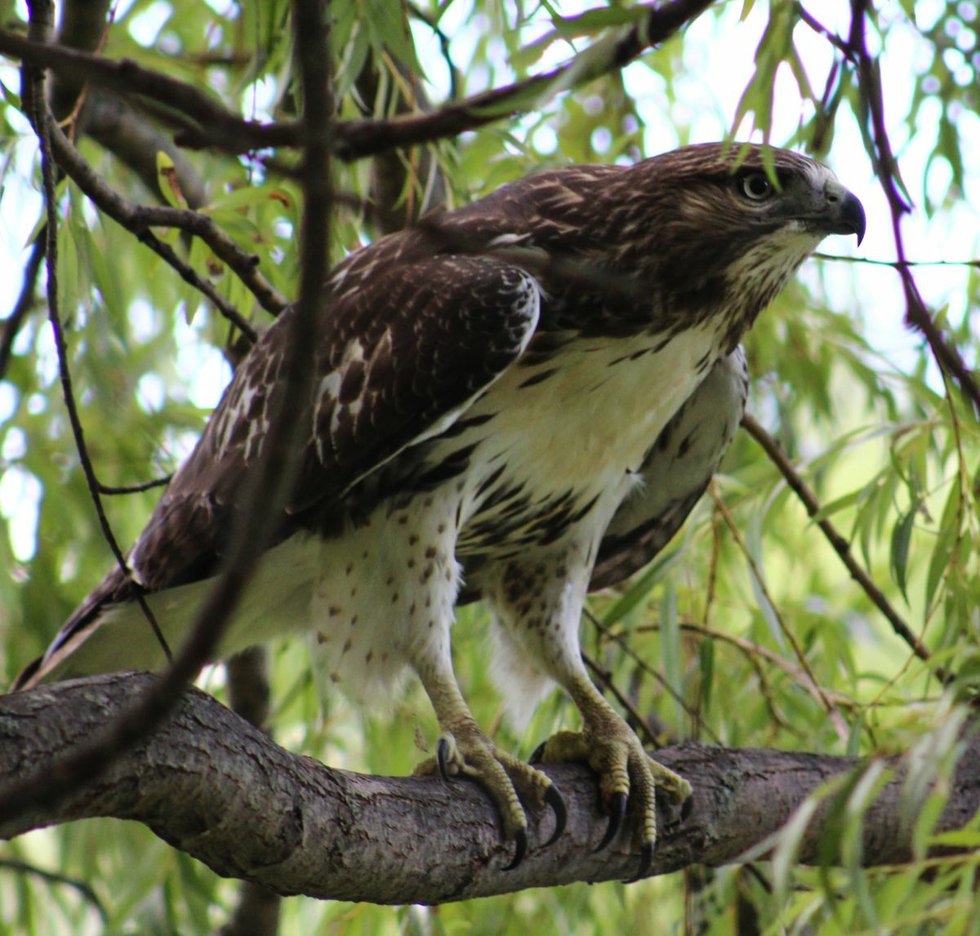 After going through the dos and don’ts of birding, it’s clear that a successful outing involves patience, and relying on your sense of hearing and sight. Eschewing technology and going back to basics is a theme that is also present on Touch.

“The concept of the record is to become more human and less about internet and screens and all of this online virtual reality,” he says. “We also didn’t use a click track, which is really rare, and we recorded a lot of the album to tape. It’s a bit scary, especially for me as the drummer. It just has this human feel and that comes across in the music.”

As of press time, I was one of two people alive whom Miles has taken along on his bird-watching adventure. Here is what some of his bandmates have to say about it.

When did you learn about Danny’s new hobby and what were some of your first thoughts?

Leah Fay: I clicked on Danny’s “#drummerswholovebirds” hashtag and found about 50 photos I didn’t know he’d been snapping. For as long as I’ve known him, Danny has started every day with a long walk where he drinks about 2L of water and returns with a large coffee, all before anyone else in the band is awake. Birding makes total sense for him.

I remember sitting on some steps with him in Moncton, talking about how important it was to maintain interests and keep learning outside of our project. Touring makes people insane because it’s an extremely unnatural way to live. If the only thing you can identify about yourself is that you’re a musician in a band, that you live in a van and the only people you can relate to are having the exact same experience as you it’s really easy to rely solely on the opinion of others (the audience, concert reviewers, etc.) for your own self worth. That’s obviously an extremely dangerous place to be. It’s a really simple concept but it’s super important to keep those other interests and aspects of yourself alive. I think being a “drummer who loves birds” is essential to Danny’s well being. 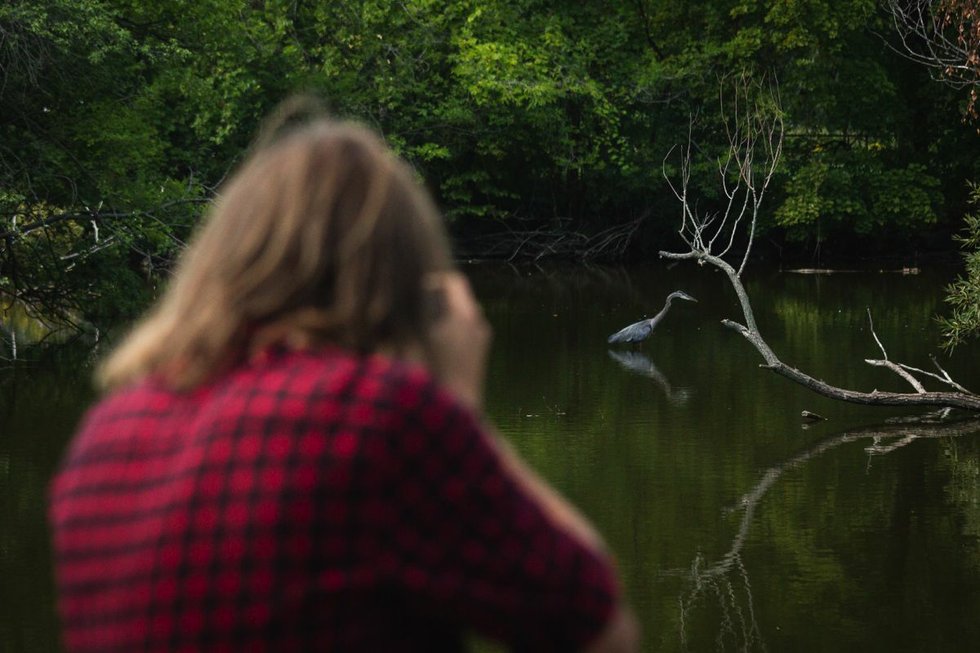 Josh Warburton: Danny first came to me for advice. He had a secret that he needed to share, and wasn’t sure that the whole band was ready to hear it. The news came as a shock at first, and it took time for me to acclimatize to the reality of Danny’s private new pastime. Against my advice, Danny went public with his passion, posting needlessly personal and graphic photos of unsuspecting birds in the privacy of their own woodland homes. Is it surprising that Danny would find pleasure in hiding behind bushes and spying on birds? I can’t say it is, maybe that’s why he came to me first. The details, beyond this, I have asked that he keeps – at least until he admits to himself and to the band that he may have a problem. Outside of the public face of Danny’s birding hobby, what really happens when Danny’s camped in those dark wooded areas remains July Talk’s truest shame.

What do you imagine his birding adventures to be like?

Leah: My guess is it’s like trying to catch Pokèmon except with real live animals. He’s hinted that bird-watching expositions kind of need to be solo missions so I’ve never tagged along, but one thing I imagine is that he talks to the birds and says stuff like “Hi Mr. Blue Jay, stay right there, I’ve got to get this phoootoooo!”

Our review of Touch will be published tomorrow (Sept. 10).