Birdman Or (The Unexpected Virtue Of Ignorance) 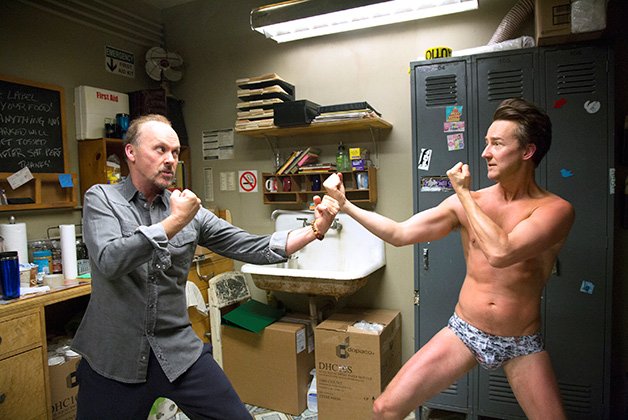 Birdman Or (The Unexpected Virtue Of Ignorance)

Alejandro González Iñárritu’s Birdman Or (The Unexpected Virtue Of Ignorance) – and, yes, I am obliged to refer to it by that ridiculous title – is a near-total fiasco from a filmmaker bent on impressing the world with his prodigious talent.

With this show-offy drama about a former superhero movie star Riggan (Michael Keaton) making his Broadway debut by writing, directing and starring in a drama based on the stories of Raymond Carver, Iñárritu – the director of the flashy puzzle pictures Amores Perros, 21 Grams, Babel and Biutiful – labours as intensely as his increasingly desperate protagonist, and with much the same results.

Keaton’s as magnetic as ever, but he and the all-star supporting cast – Edward Norton, Emma Stone, Naomi Watts, Zach Galifianakis, Andrea Riseborough, Amy Ryan – are mere pawns in Iñárritu’s technically remarkable but emotionally hollow funhouse. It unfolds in digitally augmented long takes designed to create a seamless, occasionally dreamlike experience, as Riggan’s quest for artistic validation leads him into manufactured conflicts with everyone around him.

The extended takes and occasional stunning visual effects make me suspect Iñárritu is trying to one-up his countryman Alfonso Cuarón’s remarkable, Oscar-winning accomplishments on Gravity. But where Gravity’s virtuosity served its story and characters – and merited every prize awarded to it – Birdman’s cutting-edge production serves only its creator’s ego.