A strong documentary line-up at this year's fest 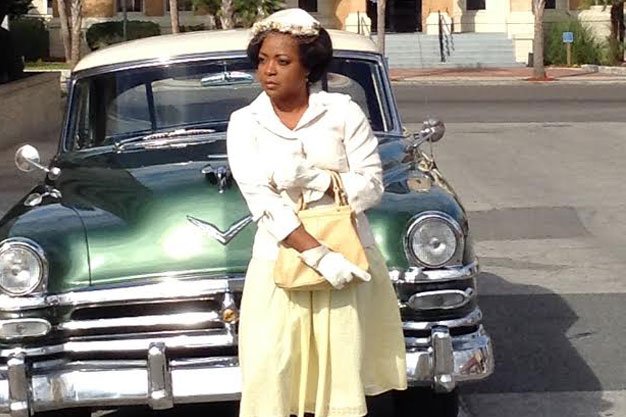 Denise Durette plays Ruby McCollum in the powerful You Belong To Me.

The 2015 edition of the Toronto Black Film Festival arrives with a few features and shorts and a remarkably strong documentary slate – one that rivals the Human Rights Watch fest for its unflinching, confrontational selection.

This is a good thing, as these are movies that might not otherwise have made it to Toronto screens. You just need to know what you’re in for.

John Cork’s You Belong To Me (Wednesday, 7 pm, Carlton) takes a long, uncomfortable look at the 1952 shooting of Clifford LeRoy Adams, a white doctor, by Ruby McCollum, a well-off black woman in the Florida town of Live Oak. It’s a case whose implications reached through the entire social structure of the Jim Crow South. The stately presentation of talking heads and file photos serves to highlight the ugliness of both the case and the further injustices McCollum endured during her trial.

Sound Of Torture (February 15, 7 pm, Carlton) is a one-hour profile of Meron Estefanos, a Stockholm talk-radio host of Eritrean descent who uses her program to raise awareness of the plight of Eritrean refugees abducted by Bedouins in the Sinai desert. It’s a virtual industry in that part of Egypt – the kidnapped are held in torture camps, the better to encourage their families to pay the ransom – and the doc doesn’t hold back on the awful discoveries Estefanos makes as she follows the story to some very dark places.

Perhaps as an antidote to these grim documentaries, the festival is also giving itself things to celebrate. Actor Bill Cobbs receives the festival’s Lifetime Achievement Award on Valentine’s Day (6:30 pm, Jackman Hall), followed by a screening of Una Vida: A Fable Of Music And The Mind. And action star Fred “The Hammer” Williamson is honoured with the inaugural Pioneer Award at Jackman Hall (February 13, 6:30 pm), followed by a screening of his 1975 hit, Boss.

In the same vein, the festival’s closing-night shindig (February 15, 9 pm at Revival) will be a Blaxploitation Party, with attendees encouraged to go full 70s in “costumes, wigs, heels, accessories and/or colourful outfits.” That should be therapeutic, too.