Black Lives Matter art is about love and resistance 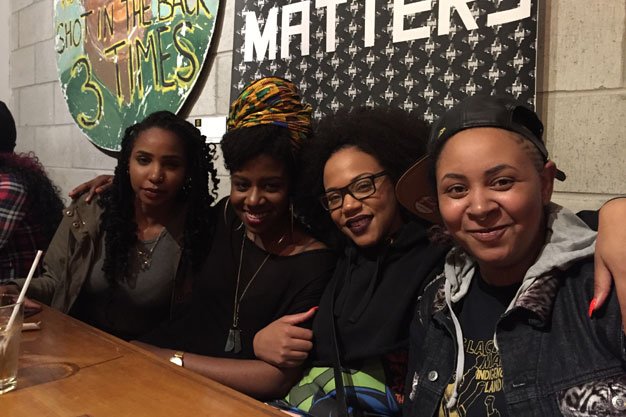 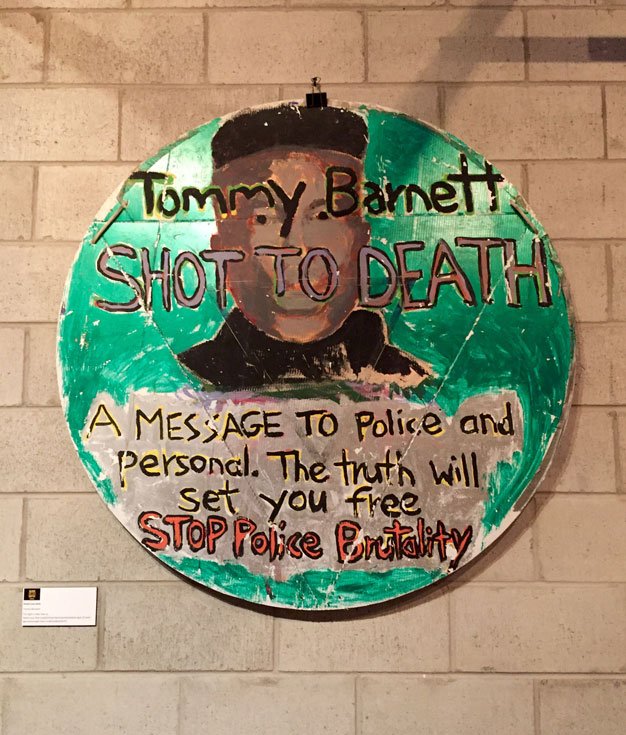 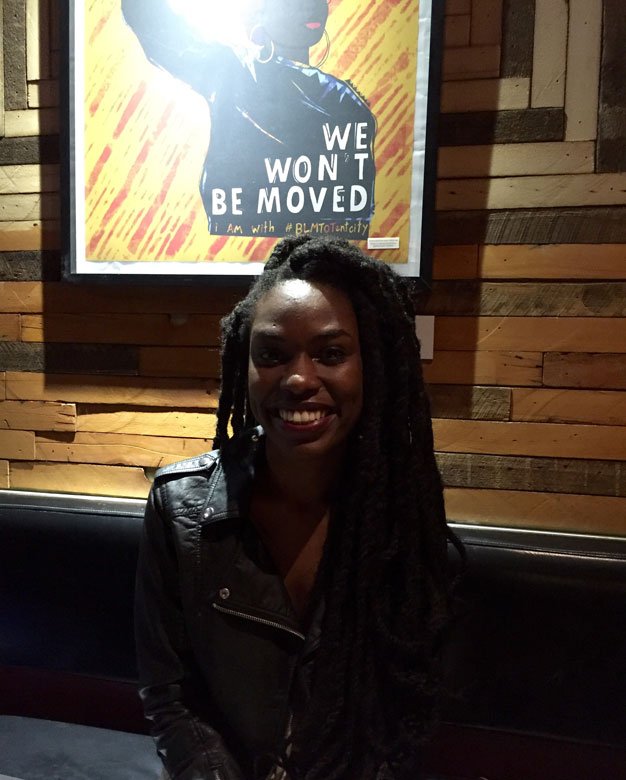 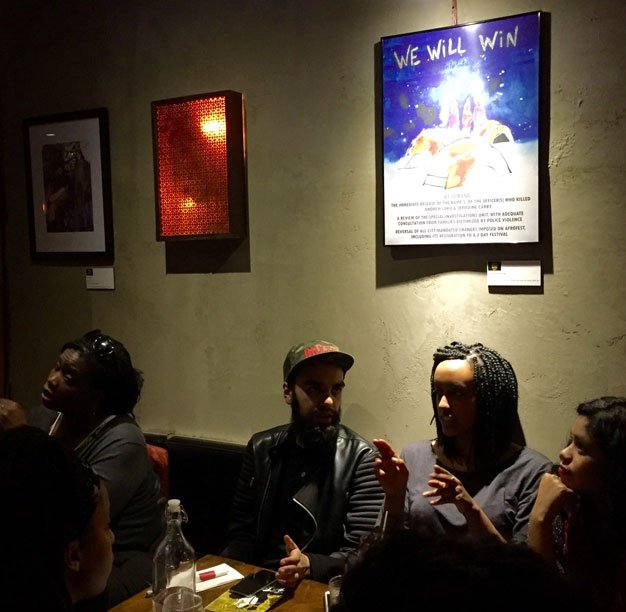 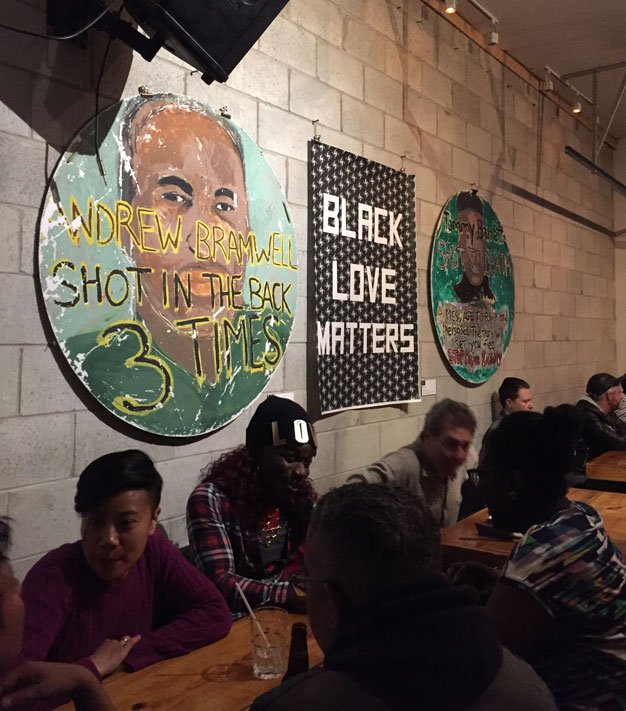 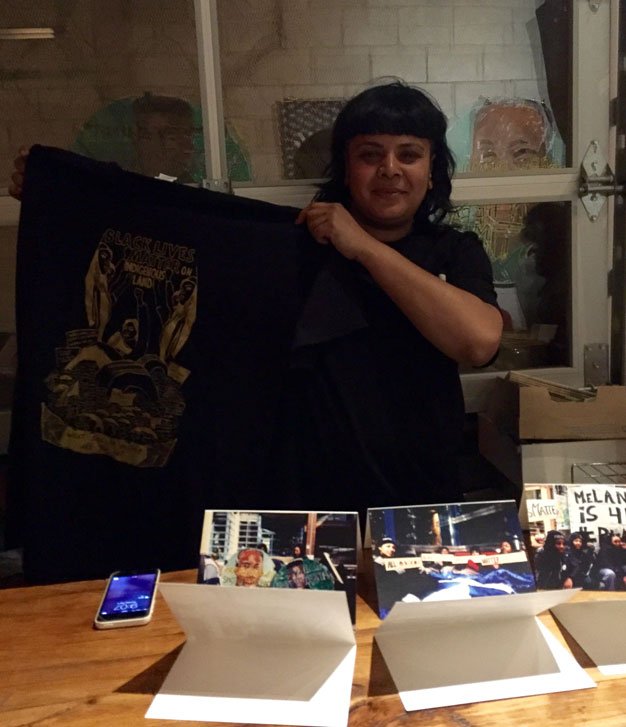 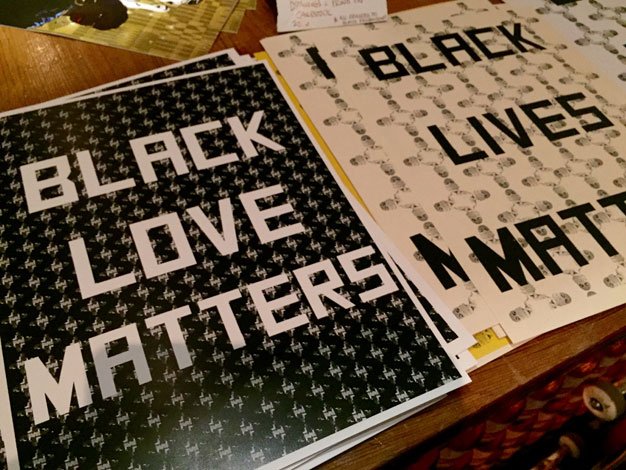 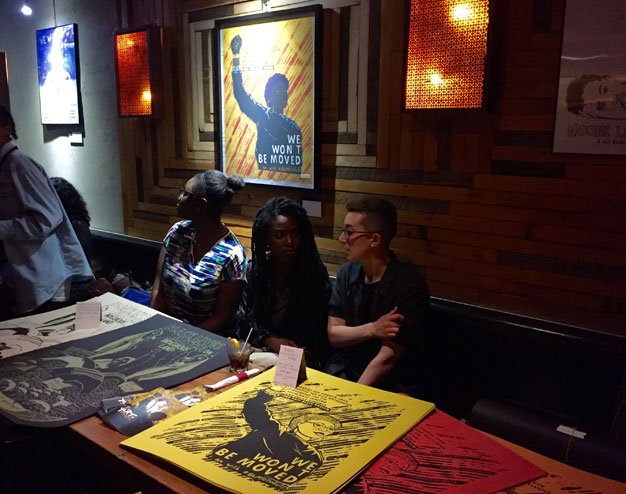 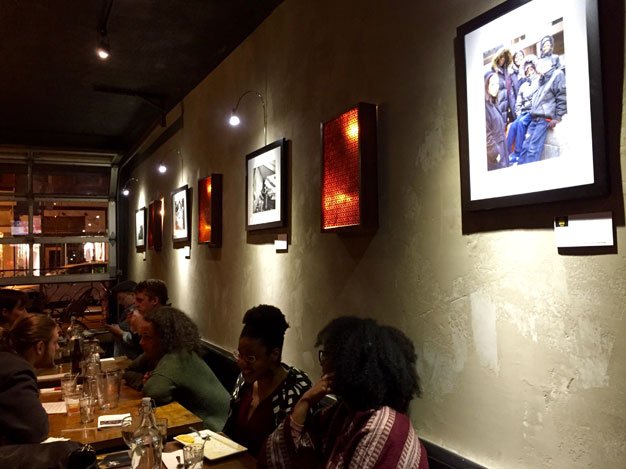 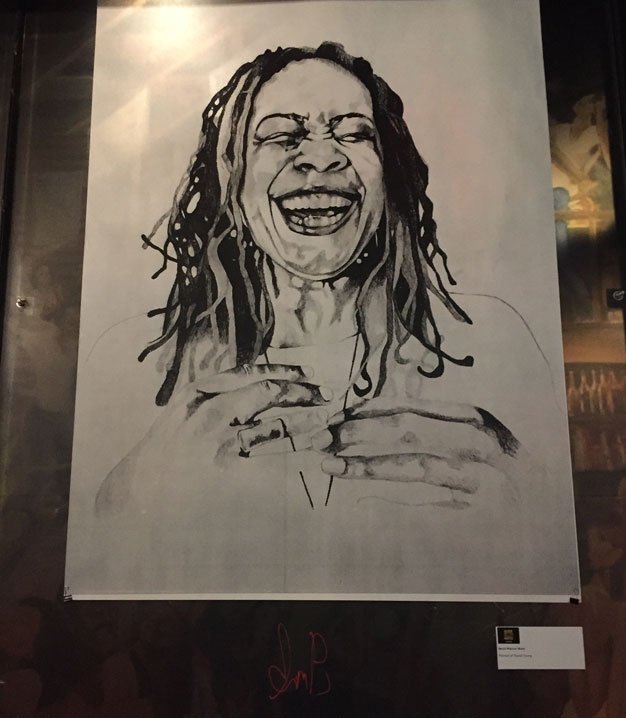 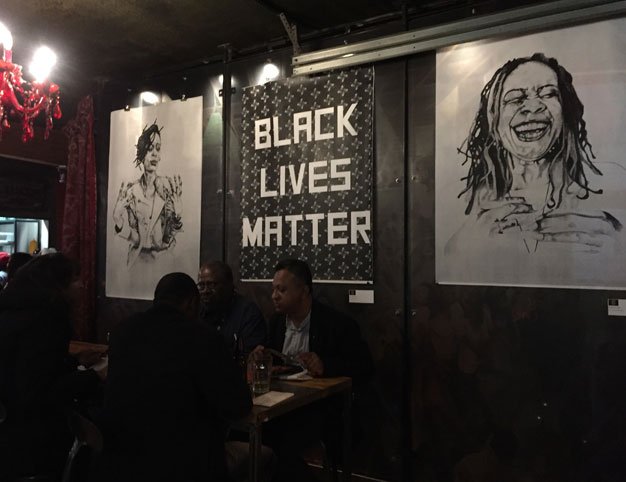 For 15 days in March and April, members of Toronto’s Black Lives Matter movement camped outside police headquarters downtown. Their protest began as a response to the lack of police and government accountability in the shooting death of Andrew Loku in 2015, and grew to encompass other issues including police brutality and anti-Black racism in Canada.

Integral to BLMTO “tent city,” now referred to as Black City, was the creation of art – as inspiration, as acts of healing and as a form of resistance. Nearly 100 artists performed at Black City and even more signed an open letter in solidarity with the movement.

“Art kept us going and energized,” says LeRoi Newbold, an artist, teacher and member of BLMTO. “It also provided another way for people to engage, to feel more connected to BLMTO Black City.”

The public now has an opportunity to view some of the art created during and inspired by Black City. Entitled The Art of BLMTO Black City, the visual art exhibit is on display at Harlem Underground (745 Queen West) until the end of May. The collection includes about a dozen pieces by Syrus Marcus Ware, Amber Williams-King and CJ Cromwell, as well as two paintings by David Louis Wall created during similar protests in the 1990s.

“Those pieces were actually from a prior occupation that happened at police headquarters,” Newbold explains. The twin paintings on large circular cardboard display portraits of Andrew Bramwell and Tommy Barnett, Black men shot and killed by Toronto police three months apart in 1996. The pieces are haunting – one with Stop Police Brutality written in red paint – and a reminder that nothing has changed.

Artist Amber Williams-King, who describes herself as a Black, queer visual artist with Caribbean roots, has experienced police brutality firsthand. She was at Black City the night police dismantled the protestors’ tents and extinguished their fire.

“It was very violent. I was afraid for my friends and was in shock during the whole ordeal,” she recalls.

Williams-King’s pieces in the exhibit reflect this experience. One piece, a blue and orange watercolour painting depicts three lit candles and three tents with Afrofest, Andrew Loku and Alex Wettlaufer – a 21-year-old man shot and killed by police in March – written on them. In the night sky are the words We Will Win.

“When I made that watercolour, I was trying to remember that we are resilient people, that we’ve been doing this work and will continue to do this work,” she explains. “It was a reminder that the police can’t really take the fire from us. It’s in our spirits.”

The photography work of CJ Cromwell also depicts moments of resilience and solidarity. In one photo, a protestor waves a Mohawk warrior flag alongside a picture of Loku. In another, Neil Logik Donaldson, the founder of Stolen From Africa, holds his daughter. Both of them look at the camera with fists raised high.

“Kids are part of our movement too, and we never want to leave them out of it or erase their voices,” Newbold says.

To that extent, all of the pieces on display at Harlem Underground are for sale (email blacklivesmatterto@gmail.com), with proceeds going to Freedom School, a new BLMTO project launching in July. The free arts-based program for kids age four to 10 will engage the next generation in Black liberation histories as well as the current movement.

“The program was designed by Black parents and youth as a reaction to the lack of educational options that are validating for our children in relation to self love and our Black identity,” Newbold says. “There’s also a political education piece about learning about our histories of resistance, which in Canada can be quite hidden.”

Williams-King, who grew up in Antigua and moved to Toronto as a young adult, agrees. She says that Black people have not only always used art as a form of resistance, but as a way to heal and build community.

“There are so many messages in the world that prevent us from connecting to each other, from connecting with other communities, so many messages that dehumanize us and tell us we’re not worthy of love and all these things,” she says. “I think there’s always this really strong need and desire to do that for ourselves. I think that’s what tent city was. It was this act of resistance, but it was also an act of love and an act of art making.”