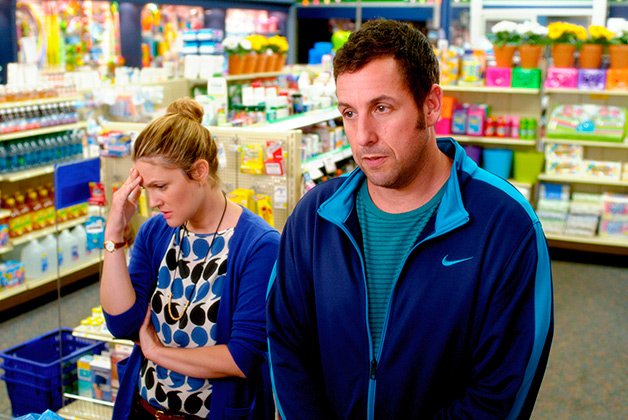 Adam Sandler can be a fine comic when he gives a shit. Most of the time, it seems like he doesn’t.

Buried within the steaming pile that is Blended – Sandler’s latest dump into theatres as star and producer – is an actor who can nail the unassuming zinger, throw some beautiful tantrums and play sensitive characters who use humour as a defence mechanism.

You see glimmers of this side of Sandler, small moments that actually allow him to spark off his Wedding Singer co-star Drew Barrymore. The two play single parents who, having already suffered a bad blind date with each other, are now saddled together with their broods on a South African safari – a ridiculous scenario that requires the crappy screenplay to perform back flips in terms of plot machinations

Sandler would rather fall off an ostrich, get knocked down by a parachute or give someone else the spotlight than actually be funny, as if even he lacks confidence in his talents to carry a movie.