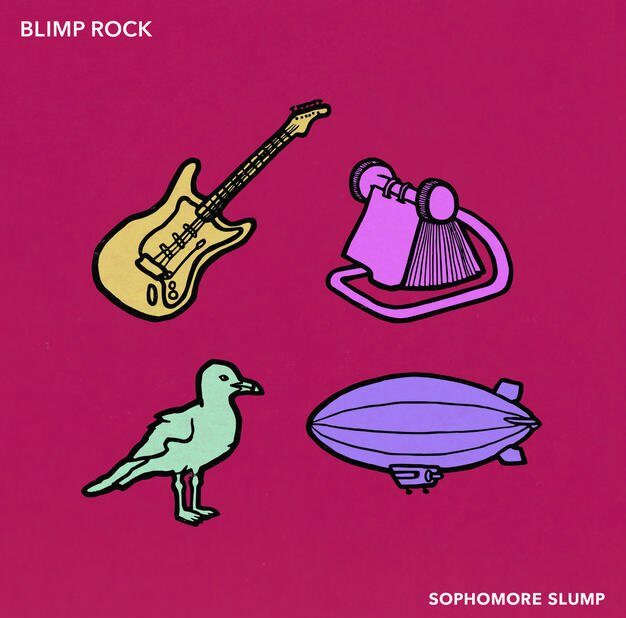 Blimp Rock’s meta sophomore album kicks off with a two-song discussion about first-time versus follow-up experiences, with the latter winning out by the chorus of the title track: “They say that which is only done once / ought not to be done at all.”

The ironic southern Ontario indie rockers continue to pedal endearingly quirky songs, picking up the mantle of genre stalwarts like the Burning Hell and B.A. Johnston (they even often employ the same cheap Casio keyboards as Johnston) but with a Lou Reed-in-a-glam-phase twist that comes through in singer/songwriter Peter Demakos’s delivery.

The band’s live shtick involves PowerPoint presentations and the sale of out-of-date office technology, but their real power lies in the increasingly sophisticated rock and roll in which they package their satire. There’s a country-tinged ballad about the music industry, a dance song about turning in early, and a shot of new wave on Claire Whitehead-fronted Conflict Resolution.

More of a tease than a slump, this #2 suggests that this blimp is going up.