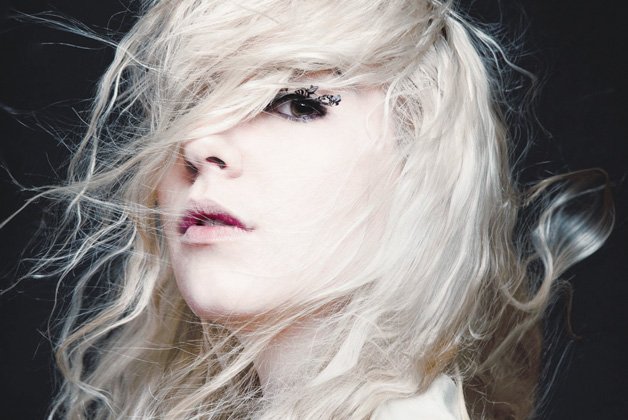 Steven Kado isn’t quite ready to talk about the legacy of Blocks Recording Club.

“I’m trying not to think about it now,” he says over the phone after a hard day of Blocks work. “Ask me again in a couple of years.”

The mini-CD label he co-founded in 2003 was a launching pad for artists like Owen Pallett, Katie Stelmanis (Austra), Fucked Up, Ninja High School and even veterans like Bob Wiseman. A 2004 Blocks compilation was pointedly called Toronto Is The Best, which (along with “Don’t try, do!”) seemed to double as a mandate to keep a community of left-of-centre musicians motivated and proud of their city.

In 2013, Blocks released Pity Slash Love by Prince Nifty, and it’s now apparent that, after 70 releases, this will be the final album to bear the label’s name.

Kado, who left Toronto for a chunk of time to pursue a master’s in fine art in California, has been busy planning aspects of this going-away party. The work hasn’t made him particularly nostalgic about Blocks yet but, even given their success and the world-renowned artists they nurtured, he is more self-conscious than ever about Blocks being a regional phenomenon.

“On the one hand, I think it’s worth thinking about how the national media landscape is situated in the downtown neighbourhood of Toronto where we were doing all of this stuff,” Kado says. “Even though it looked like we were doing important stuff, our sales figures suggest we were only important in Toronto and this part of Ontario.”

“So someone in Manitoba reading about us in the Globe and Mail – lately I’ve been trying to put myself in their shoes, thinking, ‘Oh god, Toronto. Shut up.’”

The brazen Toronto pride of Blocks at peak power did seem a bit strange. It was difficult for anyone outside of Canada’s centre of the universe to imagine the Big Smoke needing a pat on the back. But Kado, who was born and raised in North York, didn’t have the wide-eyed perspective of some transient, new citizen. In fact, he viewed incoming residents as contributing to Toronto’s identity crisis.

“I was a young, cocky guy,” Kado says, pondering his blustery assertions a decade ago. “Now I qualify every statement I make. At the time, people would move to Toronto for school or for something else to help themselves. Coming from here, you live in a world where everyone is stopping by on their way to the top in what is actually your hometown.

During the course of this conversation it becomes clear that Kado still has the air of a street punk fighting a turf war. When it’s suggested that Blocks really came of age with other Toronto labels like Arts & Crafts and Paper Bag, he takes an outsider’s stance, stating that he really only viewed Three Gut as a worthwhile or like-minded contemporary.

He admits that when his dream of turning the under-the-radar Blocks label into a strong co-operative organization aligned with local credit unions, farmers and other co-operative enterprises didn’t fly, it really was the beginning of the end. A labour burnout among its volunteer board of directors was imminent and that’s more or less what occurred. Blocks Recording Club simply ran its course.

Still, he thinks there’s much more to be understood about this city via the operations of Blocks beyond its challenging and artful catalogue.

“I hope people see that you can think about things differently and see that people tried doing that,” Kado says when asked what he hopes people remember Blocks for. “One of the things that upset me growing up in Toronto was that there would be zero published materials about, say, Fifth Column. You might know about Shadowy Men on a Shadowy Planet because of the Kids in the Hall, but there were no other resources available about them. Now there’s a movie about Fifth Column and that’s great.

“I was just stunned how many times I had to re-invent wheels that I would later find out had already been totally invented,” he adds. “And that the community I liked and was working for was part of a legacy of communities that existed, even if there was no way to find out who they were and why they were or weren’t still doing things.

“So my hope is that somewhere along the line, there’s an interested third party who covers this material so that other people who can imagine things being different don’t have to keep re-inventing this wheel and understand that they’re part of this historical situation.”