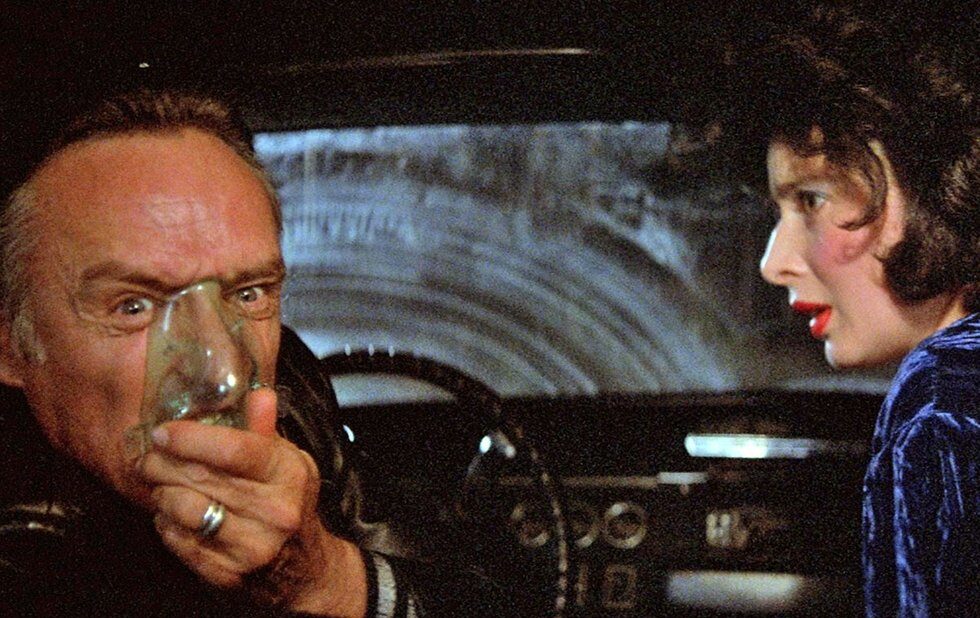 Before Blue Velvet, David Lynch was a highly respected art house filmmaker who’d just seen his gargantuan adaptation of Dune rejected by audiences and fans of Frank Herbert’s book. Kyle MacLachlan, as the face of that adaptation, was persona non grata at the studios as a result.

Before Blue Velvet, Dennis Hopper was just starting to mount his comeback after years as a casualty of his own appetites. And Isabella Rossellini and Laura Dern were better known for their famous parents than for their own work as actors.

If you weren’t there, it’s hard to understand just how seismic the arrival of Lynch’s masterwork felt. Nudging its way into the world via the Montreal and Toronto Film Festivals in the fall of 1986, it rolled into popular culture like the tide. People just started hearing about this weird art film that looked and sounded like a lush Douglas Sirk picture, if Sirk had been prone to locking the doors and pumping ether into the auditorium.

The amazing thing about Blue Velvet is that you can describe it as a conventional detective story. A guy goes home when his father falls ill, finds a severed human ear in a field and uncovers an awful conspiracy. But as Roger Ebert used to say, the art is not in what a movie is about, but how it is about it, and Blue Velvet takes that premise and turns it inside out, revealing a depraved sexuality seething underneath the heartland.

It wasn’t the first movie to suggest that the American dream was a convenient sham, but it was the first to acknowledge that the rancid underbelly had its appeal. MacLachlan’s noble Jeffrey Beaumont, who wades into Lumberton’s morass to rescue Rossellini’s miserable Dorothy Vallens from the clutches of Hopper’s malevolent Frank Booth, finds himself seduced by Dorothy’s debasement, much to his own shock – and their interaction starts to corrupt Jeffrey’s budding relationship with Dern’s girl-next-door Sandy Williams.

Lynch’s film arrived at the peak of the Reagan era, before the scandals started to chip away at the concept of “Morning in America.” It was downright obscene to suggest that sadists and masochists might live next door, and that innocence is worthless without an understanding of darkness. These days, they build Pixar movies around the second half of that sentence, and TV shows like Law & Order SVU and Criminal Minds compete to create the most disturbing iteration of its first half.

I wonder how it’ll play for those people seeing it for the first time at TIFF’s 30th-anniversary revival. (A new digital restoration opens at the Lightbox Friday.) Will they have seen MacLachlan in Twin Peaks as the comically straight-arrow Dale Cooper and wonder if he’s going for laughs? Will they think Hopper’s overdoing it as Frank, without understanding how genuinely disturbing his performance was to an audience that had never seen anything like it?

I worried about this, but then I watched Blue Velvet again, and Frederick Elmes’s gorgeous, saturated images and Angelo Badalamenti’s skin-crawling sound design pulled me right back into the nightmare.

You can’t laugh this movie off. It won’t let you.