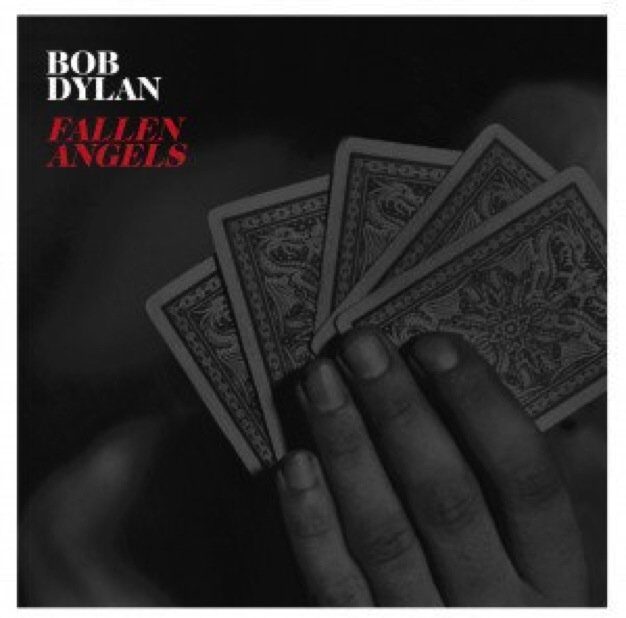 At 75, Bob Dylan is turning black-and-white. The mysterious nature of his latest albums, their stark artwork and the lighting and composition of his most recent TV appearances possess many hallmarks of film noir classics, where things aren’t always what they seem. These seem to resonate with Dylan because, though of a bygone era, their insights into human nature hold up.

The time travel continues. Fallen Angels is a companion piece and continuation of 2015’s Shadows In The Night, in which Dylan reinterprets pop standards that Frank Sinatra made his own. A problematically manly man, Sinatra was a twinkle-eyed charmer, a smooth and reckless lady-killer, a domineering boss, an abusive alcoholic and an iconic alpha to the end. He was about as flawed a hero as America has ever celebrated.

Here, Dylan does some celestial rendering of Sinatra songs. Recording in the same Capitol Studios, pondering Sinatra’s versions ahead of his own takes, Dylan and his band capture a compelling tension between the sunny and dark aspects of love songs.

The Hoagy Carmichael-influenced jazz and blues tones of his recent original material are applied seamlessly, pedal steel and violin voicing the familiar orchestral progressions on mesmerizing songs like Maybe You’ll Be There and Skylark, which isn’t really known as a Sinatra cover.

Indeed, paying homage to both a formidable figure and a musical form, Dylan highlights the art of crooning, commanding the prettiest version of his multi-faceted, distinctive voice. This album is not a trifle in some instances, these might well be newly definitive recordings of the songs.

Fallen Angels is a hazy, laid-back history lesson with as many enigmatic twists and turns as a classic double-cross caper. It subverts archetypes of romance, heroism and interpersonal connection to reveal something more sinister about human intent, all packaged in beautiful musicianship of the highest order.