Q: My roommate wants to get an electric kettle, but I prefer stovetop models. Which is greener? [rssbreak] A: Don't you just. 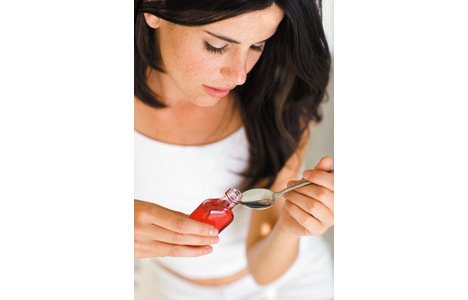 Q: My roommate wants to get an electric kettle, but I prefer stovetop models. Which is greener?

A: Don’t you just love the sound of a whistling kettle? You never know when a conductor might pop his head in and yell, “All aboard.”

Yet as much as I fancy a spot of tea made the old-fashioned way and instinctively scoff at the notion of plugging in a plastic kettle, looks like instincts aren’t always right. It seems that stovetop kettles waste energy heating the whole vessel before even starting on the water, while electric kettles target the H20 directly with a heating plate on the inside.

That doesn’t mean all electric kettles are equal. Despite assurances that they’re made of solid plastic that won’t leach into your tea, it’s best to avoid the petroleum problem and buy one lined with stainless steel. And invest in an electric kettle with an automatic shutoff.

Some even have a “warm” setting for when you want to heat but not boil water for hot cocoa or whatnot.

If your countertops are too crowded for electric or you just plain refuse to plug in, make sure you’re not getting a cheap stainless-look-alike stovetop kettle actually made of aluminum. They even make fancy glass kettles now, but how dumb do you have to be to put boiling water in a breakable vessel? Definitely not for the clumsy. (Ahem.)

Lastly, drink not, boil not. You might not drink as much tea as the Brits, but here’s a stat to mull over next time you’re sipping a spot of tea: if everyone in the UK only boiled what they needed to make a cup, there’d be enough power saved to light every streetlight on the European continent.

Q: I’ve got mould problems. How do I get rid of it without resorting to bleach?

A: Ever played the video game Mushroom Men: Rise Of The Fungi? Me neither, but the spore wars have definitely made their way into my home. I found water dripping into a basement closet one day – that was moments before I found an old pair of boots next to the leak growing blue and white fuzz ne. The horror!

While fungi are incredibly multitalented, with powers to clean up chemical spills and heal ailments, they’re very rarely welcome inside your home (other than in a risotto). In fact, people sharing space with mould are “more likely to suffer from health problems, especially symptoms like coughing, wheezing and headaches,” according to Health Canada. In all honesty, most types of mould shouldn’t hurt you if you’re healthy, but if young kids or people with allergies or weakened immune systems are around, I’d take precautions.

If you’re dealing with a relatively small patch of mould (under a square metre), you can try cleaning it yourself. Spritz it with straight-up vinegar or put either a tablespoon of tea tree oil (or a cup of borax) in a litre of hot water. Spray it on but don’t rinse, then try washing it off a few days later. I’d recommend wearing a disposable mask and gloves while you’re getting up close and personal with mould.

Of course, you can clean the mould all you want, but unless you address the source of the spores (duh, moisture), it’s going to keep haunting you. Do you have humidifiers running day and night? How ’bout a grow op? Monitor a room’s moisture level with a humidistat from the hardware store (levels above 50 per cent are great for tropical vibes but are also wonderfully welcoming to mould). Plug in a good Energy Star-certified dehumidifier if need be. Again, this won’t stop the problem but will help control it.

If your basement is particularly dank, check the foundation for leaks. Crappy drainage outside your home could also be the source of water woes. (My backyard slopes rather ridiculously toward my apartment.) Also make sure downspouts are disconnected. You don’t want to contribute to storm sewer overflows, which in turn could lead to nasty backups in your basement.

If mould keeps growing back like creepy B movie slime, or, worse still, is blackish/green in hue, call in a pro. In my case, mould remediators came in and found spores climbing the closet walls. They cordoned the whole scene off, X-Files-style, then dug out all the mould and rebuilt the closet.

If fungal friends are taking over your bathroom, install an Energy Star-certified ventilation fan and get in the habit of towelling down or squeegeeing the shower stall when you’re done. If none of the DIY solutions (i.e., vinegar, borax or tea tree) work on your mould, try eating away at it with enzyme-based cleaners like AllerAir’s Mold Away, which can be used on everything from air ducts to showers (available at grassrootsstore.com or from allerair.com).