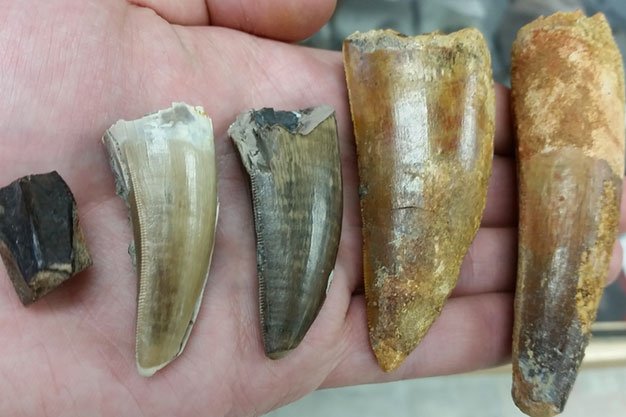 Prehistoria is one of those places in Toronto where an exploded Beauchene human skull isn’t the most peculiar item in it.

That distinction probably goes to the Mason jars filled with preserved eyes and tongues of large cats.

Located on a quiet stretch of Weston Road just north of Eglinton, the soon-to-open Natural History Centre and oddity shop is the brainchild of founder and head curator Ben Lovatt.

Lovatt, who was born in New Zealand but grew up in Toronto, originally came up with the concept of Prehistoria while working with live animals and doing animal rescue.

“People had animals they shouldn’t have had in their homes,” he recalls, “like crocodiles in bathtubs, legless lizards from Tanzania and six-foot long iguanas.”

Lovatt realized there was a large market for exotic animals and animal paraphernalia, but wanted to provide a product that was humane and lawful.

“There are a couple of sellers on eBay who might cause the extinction of some endangered species,” says Lovatt, referring to the practice of poaching. “Authorities go after people who buy the animals instead of the hunters, and very few people out there turn down these products.”

The animals used by Prehistoria arrive to them already dead, from sources like farms, zoos, veterinaries and First Nations communities. Some are hunting discards, and others come from taxidermists, such as the eyes (and tongues) of the tiger.

“Taxidermists are only interested in the animal’s skin or pelt,” explains Lovatt. “They throw out the rest, so we step in and use it.”

On display is an entire zebra skeleton, which came from one that passed away from natural causes in a southern Ontario zoo a nine-foot tall bowhead whale tooth, the largest in the world, sourced from an Inuit contact of Lovatt’s and a 14-foot pilot whale skeleton, which Lovatt says came from a beached whale he found in Nova Scotia, and which he transported to Toronto by chopping it up and driving 20 hours with the pieces in the back of his Dodge Caravan.

“We’ve never harmed an animal,” says Lovatt. “Everything is ethically sourced and sustainable.”

In fact, Lovatt’s inflexible philosophy of only carrying ethically sourced animal products nearly got him killed.

He relays a story of how he once received an email from a man in Cameroon who claimed to have legally collected skulls of chimpanzees, gorillas and mandrills.

“But when he sent me the pictures,” recalls Lovatt, “I could see the bullet holes in the skulls.”

Despite contacting CITES (the Convention on International Trade in Endangered Species of Wild Fauna and Flora), the man sent the skulls to Lovatt anyway, which Lovatt promptly turned over to the federal government, since importing poached animal products is illegal.

The poacher, who felt was owed money and was later discovered to also be involved in international drug smuggling, began sending him death threats, saying “he had people in Canada.” Lovatt sought protection from the OPP and the threats eventually subsided, but authorities still advise Lovatt to never enter Cameroon.

“It’s more than likely I have a bounty on my head in that country,” he says.

Along with animal paraphernalia, Prehistoria has an extensive collection of archaeological finds and fossils.

These include dino bones, such as 68-million-year-old T-Rex teeth and triceratops ribs 2,000-year-old Inuit sled runners and fire starters made from mammoth ivory parts of the first tree to ever grow in Canada, which dates back 300 million years, when the place where it was found (Joggins, Nova Scotia) was located at the Equator and tools and utensils used by Homo Habilis, possibly one of our earliest ancestors, 2 million years ago. The oldest item, according to Lovatt, is a Trilobite fossil, which dates back 507 million years.

Most of the antique collection comes from the estate of Dean Axelson, the late founder of the Ontario Archaeological Society, while a lot of the human relics, such as the skulls, are procured from people in the medical field.

For now, you can buy some of the items Prehistoria has on display, with prices ranging from $10 for dinosaur bone fragments to $10,000 for a fully-mounted zebra skeleton. But, as Lovatt explains, it will hopefully function primarily as an educational centre.

“We want to one day be doing just educating and exhibitions,” says Lovatt, who says he always had a deep love of natural history and animals. “But we have to start somewhere.”

Prehistoria is already open by appointment, but will be officially opening to the public in late spring. The inventory, some of which can be purchased online, is still expanding slowly but surely, again due to ethics being their number one priority.

“Four out of every five items offered to us are rejected because we couldn’t source their origins,” explains Lovatt. “If we accepted them all, I could fill a Walmart.”