Bonnie Raitt plays it cool at the Sony Centre

At her Dig In Deep tour stop, the blues/pop star showed confidence, virtuosity and political savvy 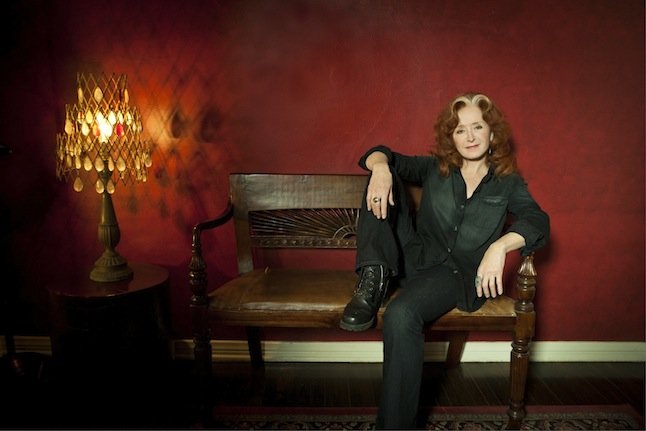 Bonnie Raitt didn’t let a head cold or a some exaggerated stage effects stop her from delivering a spectacular show at the Sony Centre.

It was exhilarating to see her swagger onto the stage before a packed house, confident, relaxed and ready to play her axe like a virtuoso. Whether she was deploying her bottleneck or fingerpicking on her signature blues tunes and ballads, Raitt killed it.

She started by shouting out, “Hey, Toronto, this is my super-Tuesday right here,” and then kicked into a hot cover of INXS’s I Need You Tonight, one of many songs from new disc Dig In Deep. The song may seem like an odd fit for the singer/songwriter, but Raitt’s always been able to make unlikely material her own – she even delivered a version of Gerry Rafferty’s Right Down The Line.

Raitt has terrific taste and a deep appreciation for great songwriters, delivering a transcendent version of John Prine’s Angel From Montgomery and, of course, her monster smash Something To Talk About, by Canadian Shirley Eikhard. Leading into that hit, Raitt made a point of name-checking her favourite Canuck artists – Bruce Cockburn, Tom Cochrane – showing an awareness of where she was, something we don’t see often enough in American artists (even if she did refer to our great new “President).”

Political issues are always on her mind. Introducing rockin’ new song The Comin’ Round Is Going Through – about money and power – she allowed that she doesn’t write a lot, but sometimes when she gets pissed off she’s just got to tell it. Choking on vapour intended to give the show some atmosphere, she apologized and said, “Oh, I see it’s dissipating, just like our sanity down south.”

Raitt laughed about the laid-back, low-tech nature of the show – the stage was backlit with a screen of clouds that changed colour to match the mood of the tunes – and the occasional dithering over which song was next (“Do I use a capo on this?”), reminding the audience that it was the first week of their tour. But that relaxed feel made the show all the more pleasurable.

Musically, things did get a little sloppy, especially during the older material. But mostly her band, including guitarist George Marinelli and keyboardist Mike Finnigan, was stellar, Marinelli delivering tasteful solos and Finnigan doing a delicious version of BB King’s Don’t Answer The Door.

But it was Raitt, mature and aware, who shone brightest. This is someone with a nearly 50-year career that’s seen low points, fully appreciative of her adoring fans who have stuck with her and gave her standing ovations throughout the show.

A gorgeously heartbreaking encore featuring I Can’t Make You Love Me made it clear why she’s lasted so long. Timeless.