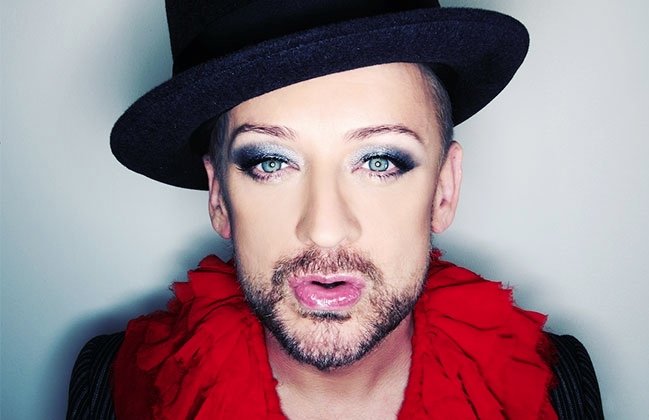 Eighties pop icon Boy George has weathered a series of high-profile tabloid scandals that, for much of the past decade, have effectively eclipsed his status of one of pop’s singular voices. In a clear sign things have turned around for the newly trim former Culture Club singer, he is more likely to be in the headlines for his raw veganism than for being a “drug-crazed idiot.”

Having released his first album of original material in 18 years, This Is What I Do, the focus is back where it should be: on music. And judging from the excitable crowd that greeted him and his eight-piece band at his first Toronto show in years, his fans couldn’t be happier.

“Some people like it fast but I like it nice and slow,” he told the audience before launching into Nice And Slow, off the new album. The song summed up the relaxed vibe of the 90-minute set’s first hour – a mix his dub and reggae new material and equally laid-back covers of George Harrison, Yoko Ono, Barbara Lynn and Lou Reed.

Boy George’s husky voice has retained its depth and poignancy, but has taken on a weary gravitas with age. He sounded good, but was frequently thrown by technical issues onstage that were less apparent in the crowd. Fiddling with his in-ear monitor, he flubbed a few lyrics and at one point walked away mid-song to deal with whomever was responsible.

Meanwhile, the band provided tight, unhurried support, but as the mellowed-out rhythms and noodling and unnecessary guitar solos kept coming, the show felt like a snooze. A hit or two earlier on would have added some much-needed dynamism. Fans anxiously awaiting a moment of danceable catharsis were satiated at the 60-minute mark when the band launched into Culture Club’s Church Of The Poison Mind.

Lively singalongs bolstered the energy level during encore performances of Do You Really Want To Hurt Me, Everything I Own, Karma Chameleon, T-Rex’s Get It On (Bang A Gong) and Bow Down Mister. Aside from being huge hits, the final string of songs counterbalanced the coolness of the new material and added the kind of drama that, while detrimental in life, is always welcome in music.