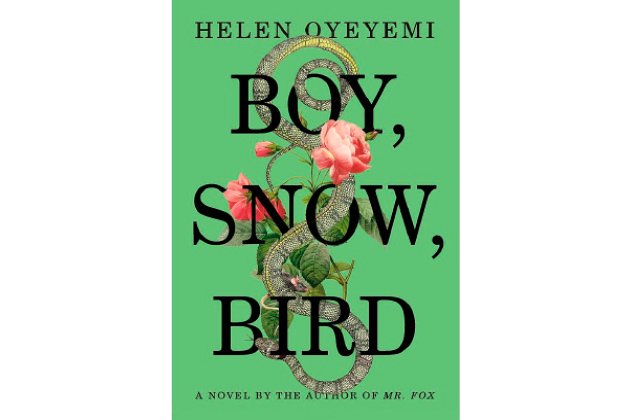 I don’t know what the people at Hamish Hamilton were thinking, but there’s a serious spoiler on the cover blurb of Boy, Snow, Bird that subverts any reader’s enjoyment of the book. So don’t read the blurb.

The book itself is another potent and vividly written tale by Helen Oyeyemi (Mr. Fox) about small-town life, identity and trauma. Typical of the UK author, the novel flirts with magic realism and has the occasional whiff of fairy tale

Boy lives in 1950s Manhattan with her father, Frank, a rat catcher (a profession worthy of Grimm) and an abuser who can strike at any time. She flees when she turns 20 and winds up in the idyllic small town of Flax Hill, Massachusetts, scores a job in the local bookstore and eventually marries the persistent Arturo, who has a daughter, Snow, from a previous marriage.

Behind the facade of the tiny perfect town is an obsession with blonds – you can’t work a particular party at the snooty club if you have dark hair – and some simmering racial tensions.

The author is also preoccupied here with women who don’t take to the mothering role. Key to the motherless Boy’s character are her own difficulties with nurturing. She’s always had a hate-on for compelling child Snow and appears to have the makings of a wicked stepmother – another fairy-tale resonance.

Oyeyemi is a wizard with metaphor – Boy has always claimed she can’t see herself in mirrors, for example – and gives the story a serious twist a third of the way through that takes the narrative in a whole new direction.

And you haven’t got a pulse if you’re not shocked by the reveal at the end.