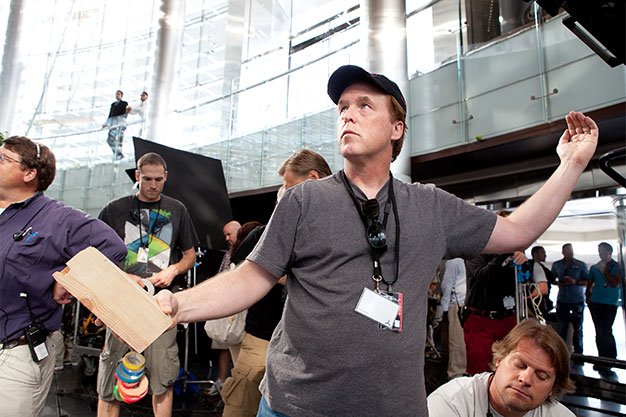 Before he won Oscars for The Incredibles and Ratatouille, Brad Bird made The Iron Giant, an ambitious animated adventure about a lonely kid (voiced by Eli Marienthal) who befriends a massive alien robot (Vin Diesel). Set at the moment the Atomic Age tipped into the Cold War, it’s a gorgeous, genuinely subversive work of art – which may explain why it didn’t do so well on its theatrical release in 1999.

The new digital restoration screens across North America Sunday afternoon and Monday evening (October 4 and 5), with a subsequent run at the Lightbox later this month. I talked to Bird last month when he premiered The Iron Giant: Signature Edition at TIFF.

You’ve long talked about restoring The Iron Giant for Blu-ray, but getting it back into theatres feels even more triumphant.

I love being able to see movies on a big screen. It changes the way you see them. And it’s also nice having it uninterrupted, without distractions – you can’t hit the pause button – and you’re with strangers in the dark. There’s magic in that.

It struggled in its original theatrical run, but has since become beloved by animation fans. Does this reissue feel like a victory lap?

Well, there are a lot of people who haven’t seen it – still! Any chance to get people to watch it is welcome.

Coming back to the movie, I was surprised to see that it plays a lot darker than it did in 1999. The subplot involving a paranoid government agent feels very much of the moment.

What’s different is the way some of that stuff lands. But I think at its core it’s kind of elemental in that each of us has the capacity to be destructive, and each of us has the capacity to turn away from that. Cinema has the ability to get past people’s guard and kinda sneak around all the defences we build up to emotions or things that scare us. It allows you to see things from other people’s points of view.

It also struck me that both The Iron Giant and Tomorrowland, the live-action- movie you released this summer, are about idealistic younger characters trying to make the world a better place.

Yeah. And they both have trouble getting the audience on their side [laughs]!

Well, The Iron Giant eventually found its audience. Tomorrowland will, too.

Time is actually the only reliable critic, you know? So we’ll see about Tomorrowland. I was very fortunate in that I got to make something that was kind of strange, and do so on a grand scale. So I take that as a win, and anything else is gravy.

Brad Bird on The Iron Giant as a therapeutic tool:

Bird on the reception of Tomorrowland:

See our review of The Iron Giant here.