Chestnuts roasting on an open fire are nice, but the sudden onslaught of winter weather has us craving something heartier. Chef Kanida Chey of Argentine-style restaurant Branca takes us into his smokehouse to show us the three-day process of roasting a whole suckling pig. 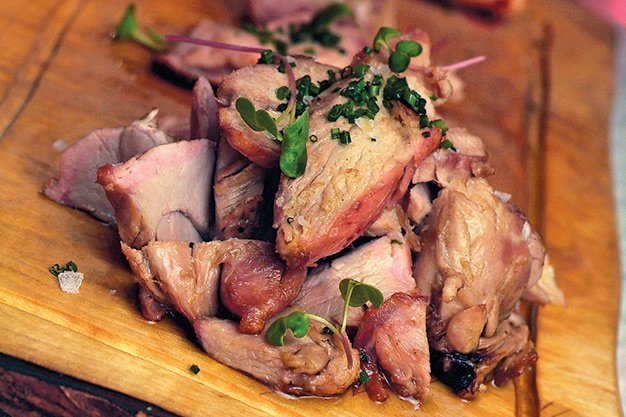 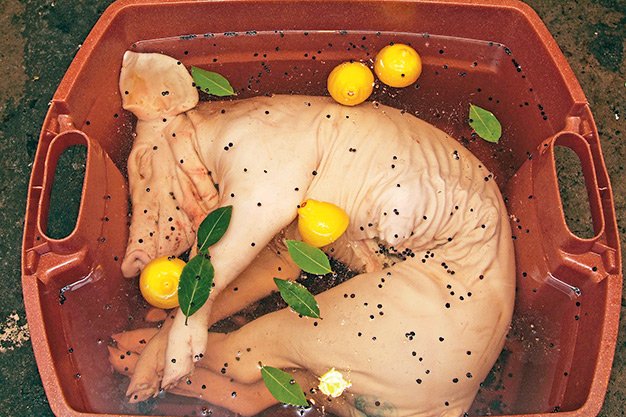 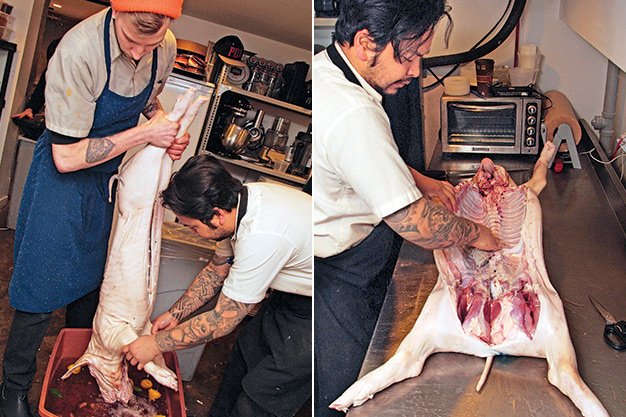 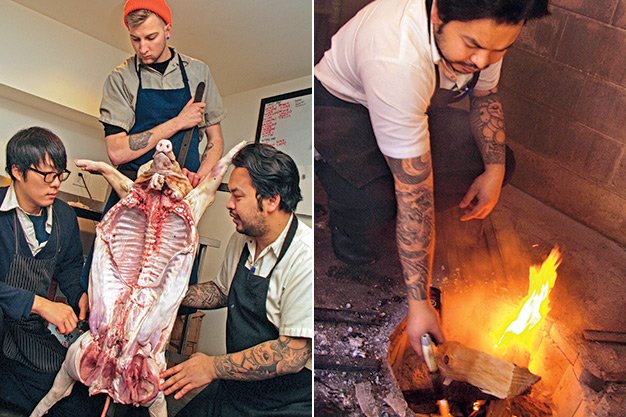 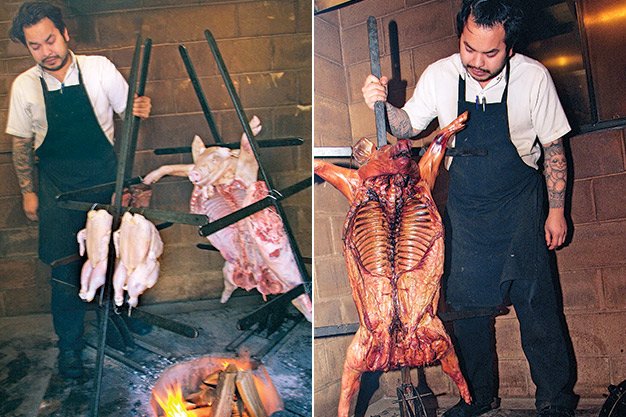 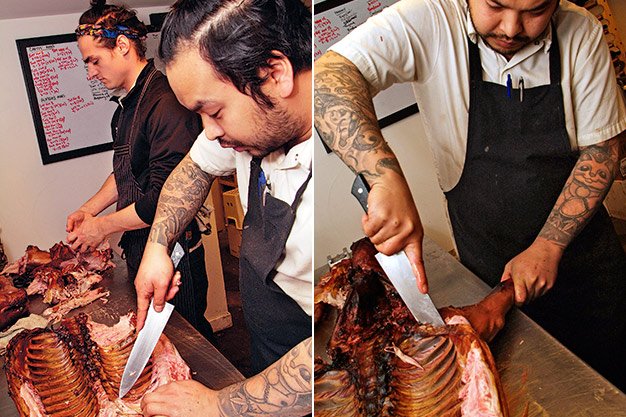 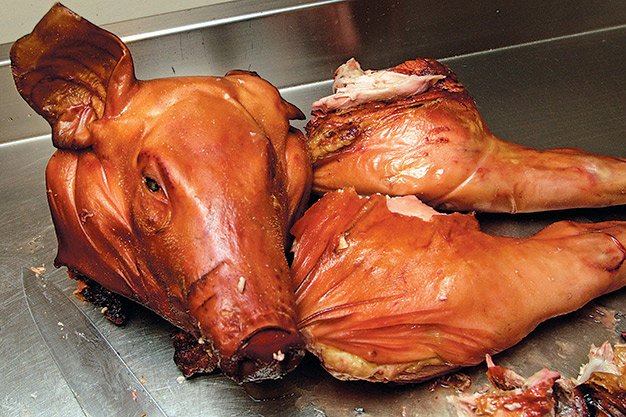 Three days to create the roast with the most

The pig, weighing between 20 to 25 pounds, arrives at the restaurant on Tuesday morning. Chey butterflies the pig, cracking open the ribs and cutting the joints in the hind legs so that they can be spread apart. Hey, no one said this was a pretty process. The pig is then immersed in a brine solution of water, salt, lemon, parsley, garlic and bay leaves for two daysin the fridge. That’s pretty much all the flavouring it gets.

“I was captivated by this style of cooking because I’m so over southern barbecue,” he says. “There’s so much vinegar and sugar, you can’t taste the meat flavour. Argentinean cooking is all about the meat. Both Argentina and Ontario have great beef, so all you need is salt. It also won’t make you feel like shit afterwards.”

The pig comes out of the bin of brine and the cooks start the delicate process of tying it to a custom-made iron cross. First the shoulders are hooked on the top rack, then the hind legs are tied to the bottom with metal wires. Whole chickens also get similar treatment, brined and tied up as if – for lack of a better description – they are being crucified.

The pig is brought to the little smokehouse at the back of the restaurant (the space was previously a residence, so everything that’s part of the kitchen had to be built from scratch). The iron cross is planted into a groove on the ground, leaning ever so slightly (between 40 and 60 degrees) over the wood-burning fire.

Factors like humidity, wind and the type of wood being used vastly affects cooking times. The wet winter air makes the logs moist so it’s harder to start the fire. Chey says that thanks to the moisture content the burning logs emit more smoke, which is great for flavour but a curse on the cooks’ watery eyes when they’re checking on the meat. Gusts of wind blowing through the smokehouse’s windows could put out the fire or make the flame lean toward one direction, making the cooking uneven.

Chey burns hardwoods like Ontario white oak, cherry and pear, saying that they hold on to heat longer than softwoods like pine and spruce. The wood arrives on Tuesdays and the cooks have the additional job of chopping it into smaller logs and stacking it beside the smokehouse, which takes around two hours. About 25 to 30 logs are burned while the pig is roasting, and the smokehouse reaches temperatures between 350°F and 400°F.

The pig is turned around so that the flame can start cooking the back of the animal. In another three hours, the meat is flipped upside-down so that its head can be closer to the heat. Another three hours after that, it’s flipped again, totalling three times to ensure even cooking. Sprigs of rosemary dipped in saltwater are used to baste the swine.

While the dining room is busy with regular dinner service, the cooks duck out to the smokehouse to retrieve the pig. It’s removed from the metal rack and ready to be taken apart. The suckling pig is broken down into four sections: tenderloin, skin, belly and “pulled” meat.

That last one is not the shredded pork slathered in barbecue sauce found in sandwiches, but rather hunks of meat pulled from the head, legs and Chey’s favourite part: the flavourful meat in the neck and around the spine. The skin is stripped of the fat, dehydrated and then later fried-to-order to make chicharrón – pork rinds, essentially. The meat is sealed and packed, ready to be grilled and served to diners the next day.

One pig yields about 15 plates, each containing the pulled meat (the most flavourful), tenderloin (the most tender), belly (the fattiest) and skin (the crispiest). There’s no barbecue sauce or rub, just a hint of salt on the juicy, pink meat. A side of chimichurri ($1) does add a fresh, grassy and tart complement for those who feel the need to dip the meat in something. 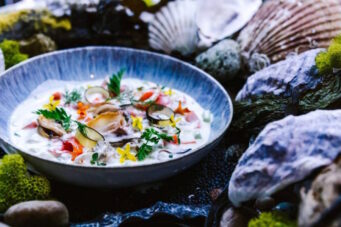