A new breed of female aficionados is brewing up major cred 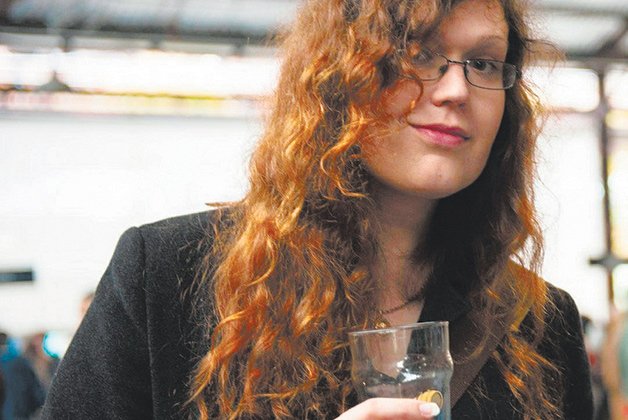 Robin LeBlanc, freelance photographer and author of theThirstyWench.com, traverses beer territory near and far, catering to a worldwide readership. She does it so well, in fact, that she was named a finalist in Saveur’s food and wine blog awards. As a budding wine snob, LeBlanc changed course after a friend fed her an inaugural sip of Chimay Rouge. Romanced by its spicy complexities and the rich traditions of Trappist brewing, she’s been on a beer-fuelled trajectory ever since.

It’s amazing to see how popular craft beer’s become. I know for each thing I learn, there are probably hundreds of thousands of things I don’t know. I never stop being a student of beer. New things pop up all the time. Like sour beers – where beers undergo an intentional infection – and they taste great! That’s what I love: it’s so, so diverse.

Any changes you’d wish for?

There are a lot of really amazing one-offs – and that’s just it, they’re one-offs. I’d like to see more [readily available] crazy beers.

Indie Alehouse: I want to taste more from them. Shacklands Brewing Co. currently based at Junction Craft Brewery: they focus on Belgian and farmhouse beers. I had a peach saison from them that was unforgettable. Also Snowman Brewing Co. (based at Black Oak Brewing): they specialize in gluten-free beers that don’t taste like gluten-free beers. 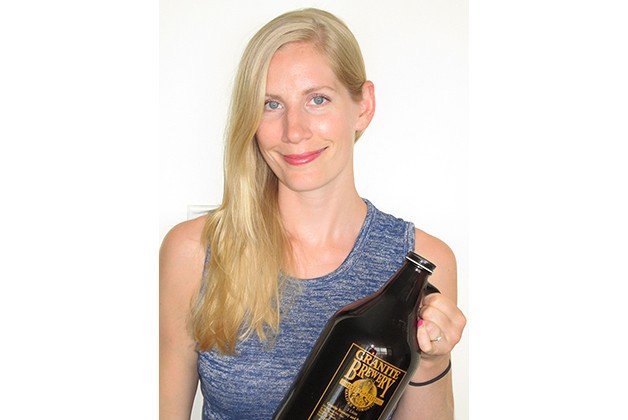 Growing up around the Granite, north Toronto’s legendary brew pub, it was inevitable that Mary Beth Keefe would learn the ropes of the family business. Now the Granite’s head brewer, Keefe worked front of house throughout her teens, but it wasn’t until she returned from a temporary transplant to England that she was inspired to try her hand at brewing the traditional English-style IPAs, bitters and cask ales that have always been the Granite’s specialty.

We use the Peter Austin-Alan Pugsley system, also called the Ringwood system, which requires open fermentation. I just took it for granted that we used open fermentation, but it’s not common. Ringwood yeast is a defining feature in all our beers. It has a very fruity, estery character. It’s goes with the styles we produce – the English IPAs, bitters, mild brown ales and golden ales and ESP. Stout has always been in our lineup, and the Ringwood yeast works really well with it.

What excites you most about brewing right now?

Experimenting with our smaller brews and one-offs . What I like most about working in a small brew pub is that the customers are right there and can give me feedback. I can hear criticism straight from their mouths and work on it for next time.

How do you see the future of Ontario craft brewing?

There is a shift right now toward going local – whether it’s beer or what you’re eating – and supporting your community.

People are more open to things now and willing to experiment with what they’re eating and drinking. Brewers are being more creative, and that’s appealing to the customer.

I just hope it continues, that more bars open up serving good beer and that people will become more and more aware of what’s out there.

Our Galactic Pale Ale – there’s a nice tropical fruit aroma [from the Galaxy and Cascade hops], but it’s pretty easy to drink because of the low alcohol content. During the summer, I like to keep the alcohol low but with lots of flavour. I really like saisons, too.

Get Well’s beers are excellent. Volo’s house ales are also excellent. I’ve always been a big fan of Amsterdam and Great Lakes. 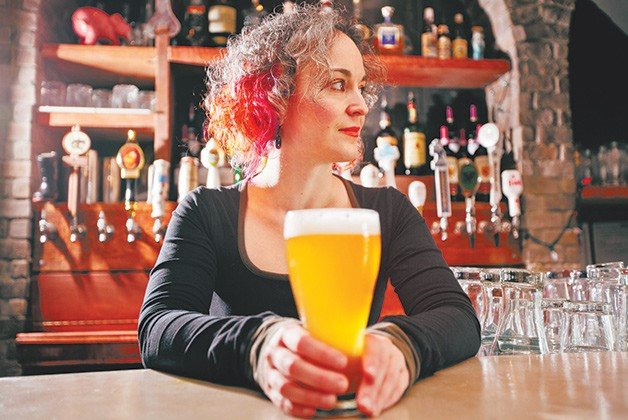 Canada’s first and only master cicerone – the most prestigious global certification of beer knowledge – Mirella Amato is Toronto’s own guru of brew. She founded Beerology.ca in 2007, a site that guides the curious via seminars, tasting series and food pairings, and plans to add a book to her resumé in 2014. The upcoming release is designed to help individual readers discover which beers suit them best.

How do you see your role?

The beer world is a vast one – there’s science and math and history, which I find exciting and stimulating.

I don’t see the point in telling people what they should be drinking based on my personal choice. Because there are so many palates out there, and just because I like something doesn’t mean someone else will.

Why has the local craft movement grown so much?

There have always been people who are into beer, but it’s always been more niche. I attribute [the industry’s growth] in large part to the foodie movement. People are concerned about where their food comes from and what goes into making it, and they’re more open to trying new things.

How do you see the future of Ontario craft brewing?

My hope is that as we follow all the trends, we won’t lose sight of our strengths. Our brewing style is very German and British. We’ve always made cask edition ales.

We’re now growing hops in Ontario, and brewers are starting to use them. As the character of our hops becomes more evident, I hope brewers start to come up with styles that are typically Ontarian.

We have such a dynamic scene right now. The first thing I do is scan a beer list for something I haven’t tried. One of the things I like to ask is how are you going to find your favourite beer if you haven’t tried it yet?

Pilsners in hot weather we have a really solid selection of locally brewed pilsners. Unless I’m eating food, in which case I’ll choose the best beer pairing.

It used to be a trek to find something. In all areas of the city there are good beer bars where I know I can find an interesting selection. But when checking out those new places, don’t lose sight of the ones that have been around forever.