NOW MagazineNewsBrewing up quality jobs for people with developmental disabilities

Brewing up quality jobs for people with developmental disabilities 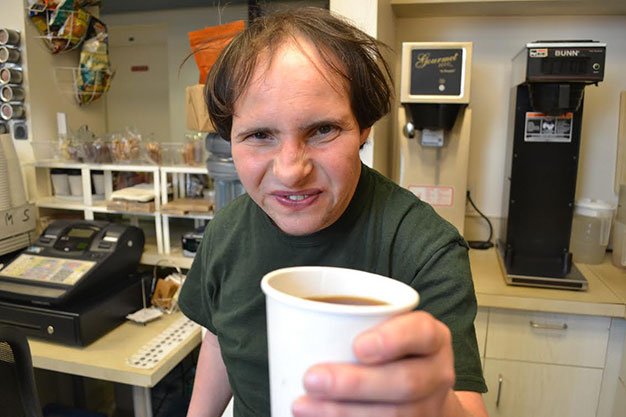 Alex works at The Coffee Shed

Less than half of working-age Canadians with disabilities have jobs, according to Statistics Canada. But one Toronto organization is working to reverse that statistic by appealing to the city’s love of coffee culture.

Last month, The Coffee Shed launched an Indiegogo campaign to fund a barista training program inside their premises. Called Made by Mavericks, the training program was created by Gerald Patrick Fantone, a job coach at Common Ground, who came up with the idea after reading about the Galician Down Barista Championships – Spain’s competition for baristas with Down syndrome – in Barista Magazine.

“Over the past ten years, I’ve met so many individuals who, despite their disabilities, have employment skills that are far superior to those of other people who I’ve worked with who are ‘mainstream,’” Fantone says.

He may be on to something. Research from Canadian Business SenseAbility – a new organization exposing companies to the tangible benefits of hiring people with disabilities – shows that 90 per cent of people with disabilities score average or better on job performance. They are often more productive than their non-disabled counterparts, with a productivity increase of 20 per cent in some cases.

But there is still a lack of fulfilling employment opportunities for Fantone’s clients.

“I always heard from clients who’ve had employment that although they’re getting paid minimum wage and they get to work in a competitive environment, a lot of things they did were not very fulfilling,” Fantone says. “Some of them were buggy boys, ticket agents or dishwashers, so I thought, why not create something trade specific and something they can be proud of doing.”

That’s where Made by Mavericks comes in. The money raised through Indiegogo, which runs until January 22, will fund commercial grade coffee equipment and the further development of the training program, including consultations with professional barista schools in Toronto.

Alex, a partner at The Coffee Shed, already makes a mean espresso on the shop’s handheld press and says he is excited by the campaign’s potential to take his coffee even further and get him a job making it in the real world.

“Our goals are to tailor the program to the needs of each individual, to assist them in producing a quality product and ultimately to get them certified to work at any coffee shop in the city,” says Fantone.

“Donating is a great way to help someone reach their goal of fulfilling employment and grow Toronto’s already robust coffee culture.”

The Made by Mavericks Indiegogo campaign can be found here.