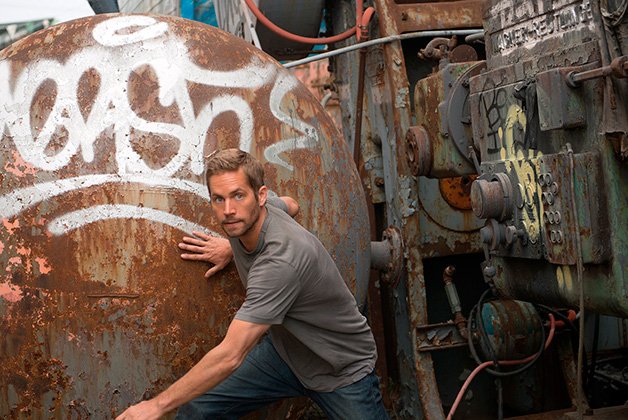 The 2004 French action film District B13 brought parkour to the movies and introduced one of its founders, the aerodynamic David Belle.

In the remake, Brick Mansions, Belle reprises his role, which is to say he ricochets through windows and across rooftops, sustaining the impact of massive leaps and bouncing further as if the earth were his trampoline. The parkour theatrics make for an exhilarating opening, but the movie soon comes to a screeching halt because it can’t seem to focus on the guy who does all the fun stuff.

Instead, the late (and less agile) Paul Walker appears in a retread of his performance in The Fast And The Furious as Damien, an undercover cop who requires the guidance of Belle’s Lino to infiltrate a fortified ghetto (think Escape From New York). They must disarm a nuke that somehow made its way into the hands of local crime boss Tremaine – an embarrassing turn by RZA, never much of an actor and here a marshmallow of a villain.

Amidst the derivative action, poor acting and Luc Besson’s atrocious screenplay lurks a heavy-handed class-conscious message. When the movie takes a swing at gentrification, it dislocates a shoulder in the process.