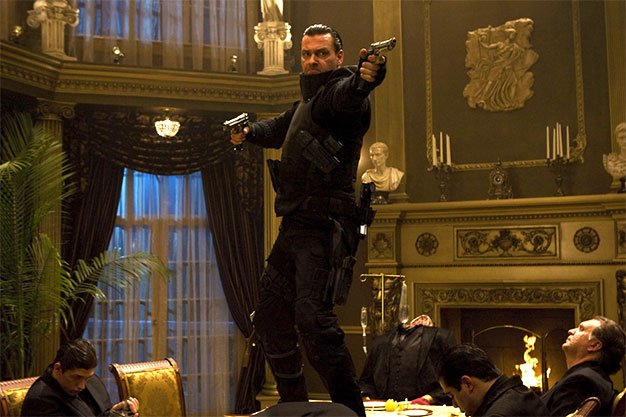 It is a truth universally acknowledged that I will write about Jaws at any opportunity. And with Steven Spielberg’s masterpiece celebrating its 40th anniversary this summer, that opportunity was bound to arise.

So thanks, Cineplex, for putting Universal Studio’s 2012 digital restoration back on the big screen as a Front Row Centre event this week – with shows in select theatres across Canada Sunday (July 12), Monday (July 13), Wednesday (July 15) and July 20 – so we can all go out and see it in an air-conditioned theatre again, as God intended.

I love Jaws with all my heart. Like the monstrous Great White that menaces Amity Island, it’s a perfect machine – a triumph of image, sound and editing. It invented the modern blockbuster, but it did so by packaging a rousing entertainment in the skin of an American New Wave character study.

Think about it: the movie’s so good at constructing a realistic emotional portrait of Roy Scheider’s transplanted cop Martin Brody that you never have time to notice how remote its setting now seems. Hell, at this point fashion has come back around to the point where Richard Dreyfuss’s Matt Hooper is basically a present-day hipster. (His first appearance finds him asking for advice on restaurants later, he fusses over the way Brody handles the wine he’s brought with him on a visit.)

Robert Shaw’s Quint? A cartoon of machismo, but a self-aware one he’s constructed a legend for himself as a shield against past horrors that overwhelmed him. And the bravado falls away when it’s no longer useful, in the film’s masterful final movement that finds all three principal characters working together once they better appreciate the beast they face.

And that supporting cast – Lorraine Gary as Brody’s wife Eileen, who’s just as good at putting up a false front as Quint Murray Hamilton as the gladhanding mayor Larry Vaughn, master of denial even Lee Fierro as Mrs. Kintner, whose two tiny scenes are the stuff of legend.

Jaws is so much more than Bill Butler’s resourceful camerawork or John Williams’s wonderful score it’s a triumph of coordination and tone. Everyone is doing exactly what they need to be doing. It’s so goddamn great when that happens, isn’t it?

Something else that’s great, by the way, is the ongoing reclamation and celebration of feminist pop culture by the MUFF Society. On Wednesday (July 15), they’re holding Lexi Alexander’s overlooked actioner Punisher: War Zone at 7 pm Wednesday at the Carlton Cinema.

This is cool for two reasons. First, this is easily the best of the Punisher movies – a smart, sidewalk-level action movie that finds a way into the material that doesn’t condescend to its comic-book origins. And secondly, with the character being reincorporated into the ongoing Marvel Cinematic Universe project, it’s nice to see Ray Stevenson’s take on Frank Castle one last time.

A former kickboxer – which may explain her particularly visceral sensibility when it comes to action sequences – Alexander has emerged as one of the more visible female filmmakers on social media, and her commentary on the industry’s ongoing attempts to package characters like the Black Widow and Wonder Woman has been invaluable.

It looks like the MUFF Society has wrangled a video introduction for this screening, so that’s as good a reason to go as any. I mean, if giveaways, a raffle, a short film and a really good action movie weren’t reason enough already.