NOW MagazineNewsBringing services for those without, under one roof

Bringing services for those without, under one roof

Toronto's first-ever one-stop event connects homeless with services from across the city, and you can get a hot meal, too 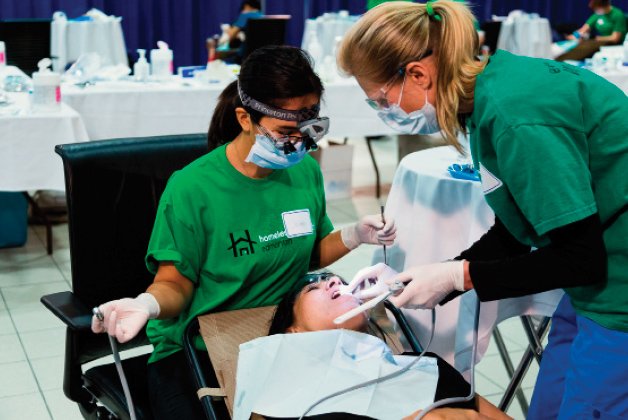 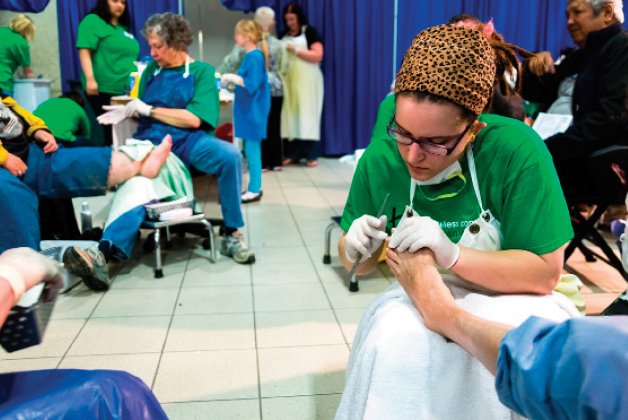 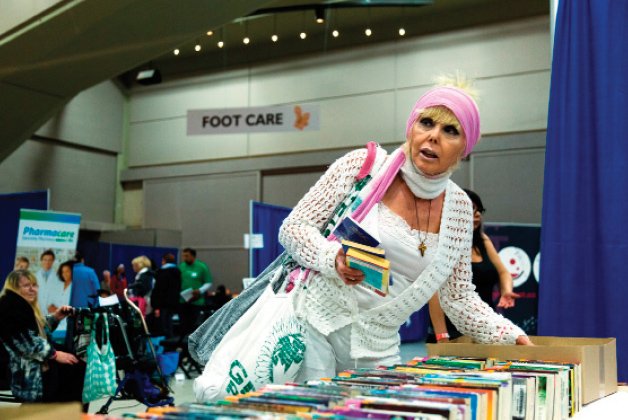 Jeff is a 40-year-old HIV-positive man who lives on the street because conditions in shelters are too rough. He’s had trouble finding an apartment while he waits for his name to come up on Streets To Homes’ housing list.

“Sometimes the landlords look at people like me and just say no,” he says.

There’s a lot that’s hard about being homeless here.

Aside from poverty, poor health, scarce housing and the other challenges typically associated with life on the street, a major problem can be getting around. Different services for the homeless are offered by different city or non-profit agencies, and they’re scattered across town. That can keep people from getting the help they need.

Homeless Connect Toronto hopes to address that problem on Sunday (April 13) by bringing more than 50 organizations together under one roof to offer marginalized citizens housing support, legal services, basic health care, identification services, immigration and refugee assistance as well as a hot meal.

In addition to these traditional or essential supports, the event will offer more unorthodox services like haircuts and chiropractic care. A comfort kit of personal care items and toiletries will also be provided. This “one-stop shop” is the first of its kind in Toronto, and organizers are hoping to serve between 500 and 750 people.

Jeff thinks getting his hair cut and his beard trimmed might make it easier for him to find an apartment. “It’s good for your self-esteem, too,” he says.

Dave, a First Nations man originally from Winnipeg who’s been homeless for about two years, says he currently has to walk all over town for the various help he needs.

“If everything was in one place it would be easier,” he says. “Instead of going all over the city, have it one spot.”

Melody Li, project coordinator for Homeless Connect, says the goal is to connect the dots between Toronto’s myriad homelessness services.

“It’s a bridge for people who may not be connected to any direct services through a shelter system or drop-in,” says Li, a volunteer who works as a special education teacher.

“We also have the complementary services for those who may be getting housing help or employment counselling but need that extra piece they’re not getting.”

On top of assisting the homeless, Sunday’s event will also give agencies a chance to form important partnerships.

Service providers “are stretched in terms of their resource base,” says Linsey McPhee, manager of the Toronto Drop-In Network and a member of Homeless Connect’s advisory panel. “This event may be an opportunity to bolster and enhance their capacity to form partnerships with other service providers and people from the private sector who deliver services.”

The Homeless Connect model was pioneered 10 years ago by the San Francisco Department of Health, and the U.S. federal government has since declared it a national best practice model. It has now been replicated in more than 260 cities across North America and Australia.

The Toronto edition will cost an estimated $75,000 in cash and in-kind contributions from service providers. Although the city is participating (Toronto Public Health is providing health care and Azar Farhani of the shelter administration serves on the advisory board), there is no government funding. Homeless Connect is staffed entirely by volunteers.

McPhee says that’s a sign that government services aren’t meeting the homeless population’s needs and private citizens are stepping in to fill the void.

“We’ve heard, not just in the city of Toronto but at all levels of government, about reducing taxes, reducing public investment,” she says. “This always has an impact on the people who are in the most vulnerable positions.”

McPhee recognizes that lack of investment in solutions to homelessness isn’t something a one-day charitable event can solve, but it shows that “people are becoming aware of it more broadly and want to help.”

Li says she hopes the event sends a message to governments “that people in the general community do care about homelessness issues” and that more funding needs to be dedicated to housing.

That funding is badly needed. There are 170,000 people and counting on Toronto’s affordable housing waiting list, with just 70,000 social housing units in the city. Shelters are full to capacity, with average nightly occupancy rates at 96 per cent, and homeless people continue to report being unable to find a bed. Some key facilities, like the Red Door Shelter, are under threat of closure.

Despite the growing problem, homelessness remains near the bottom of most politicians’ list of priorities.

“All three levels of government walked away from solving this problem,” says Councillor Adam Vaughan, who plans to attend Sunday. “You can hear it in the mayoral race,” he said. “I haven’t seen any of the candidates talk about [homelessness] yet, and that’s appalling.”

Last year the province cut a $114 million fund used for Toronto social housing, and this year $9.7 million worth of federal assistance to the city was eliminated as stimulus funding winds down. As of 2014, the city’s affordable housing office is working on developing 1,232 new affordable units – not nearly enough to keep up with demand.

According to the Wellesley Institute’s overview paper, some 200,000 Canadians experience homelessness every year. One in four Canadian households – that’s 3.3 million households, or 8.25 million people – pay 30 per cent or more of their monthly income on shelter, which is the official government definition of unaffordable housing.

HOW TO GET THERE

With the exception of Good Shepherd and John Innes, buses will leave all locations every hour between 9 am and 2 pm. The event runs from 10 am to 3 pm, and buses will leave Harbourfront Community Centre to return to all pickup locations between 2 and 4 pm.