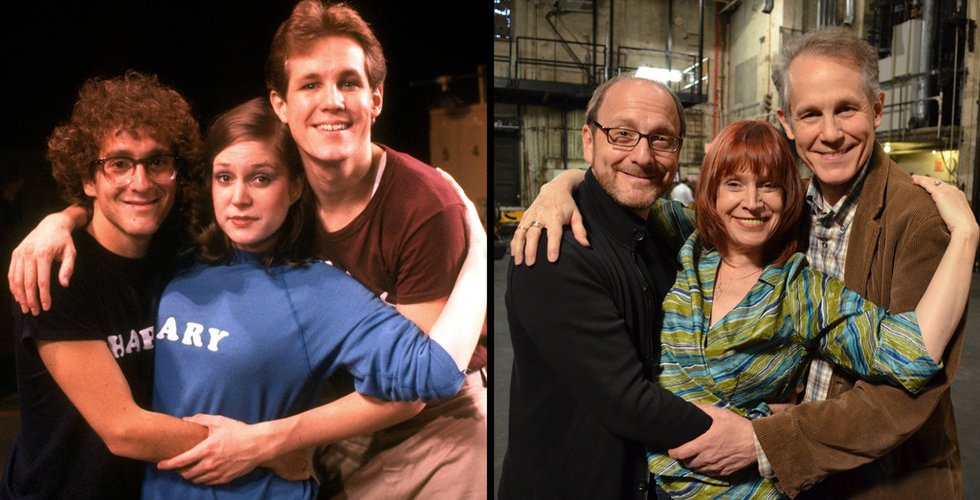 Youthful dreams crash up against harsh reality in this fascinating look at the disastrous Broadway premiere of Stephen Sondheim and George Furth’s 1981 musical, Merrily We Roll Along.

Merrily has gone down in Broadway history for several reasons: the show’s young performers (aged 16 to 25) getting their first big breaks the critical and commercial drubbing, a rarity for Sondheim (it lasted only 16 regular performances) and the post-show severing of Sondheim’s and director/producer Hal Prince’s working relationship.

Original cast member Lonny Price directs the film, so he gets lots of candid present-day confessions from the players, half of whom eventually left the business. Probably the most successful, Seinfeld’s Jason Alexander, made more of a mark in TV.

Musical aficionados will devour every detail – from the young kids’ Sondheim worship and the rare audio recording of the composer singing at Price’s birthday party to the backstage gossip about an 11th-hour cast replacement.

But the most poignant moments come in the final third, when Price and company look back on their young selves, sometimes literally. One of the doc’s surprises is the discovery of footage of an unaired ABC documentary, and, like Merrily itself – which has since been retooled and gone on to success – it forces the artists (and us) to think about the well-lived life.

There are some things that remain unaddressed – how the show changed in subsequent productions, and what exactly it did to sever the artistic partnership of golden boys Sondheim and Prince. And if you don’t know the show itself, I’m not sure it will mean anything to you.

But for Sondheim fans, and there are millions of us, this is essential viewing.