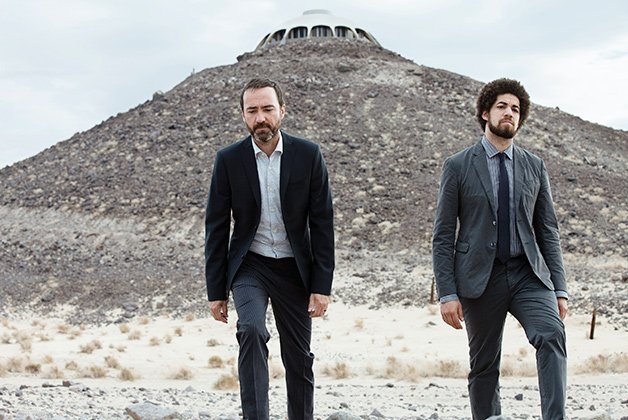 “With the first album, we were just starting to get to know each other,” says Burton over the phone from his home in Los Angeles.

“With this album, we weren’t worried about hurting each other’s feelings. I could play something and I knew that if James didn’t say anything right away, well, then I should probably try something else.”

Burton and Mercer are both musical heavyweights in their own right, the former better known as mega-producer Danger Mouse, the latter fronting the Shins. Carving out time between other projects, they recorded their recently released smooth, psychedelic pop album After The Disco (Sony) the same way they made their debut.

Mercer left his home in Portland and shacked up with Burton in L.A. They arrived at Burton’s studio – an old, low-ceilinged lawyer’s office packed with instruments – with a few melody ideas but not much else. Eight weeks later, they had a full album.

They write and record at the same time – a quick and dirty way of working that suits their relationship.

“We’ve been in the studio when the first five hours we don’t keep anything. Nothing, nothing, nothing, then all of a sudden there’s this one thing, and then two hours later we have the beginning of a song,” says Burton.

“We don’t have a lot of songs that we finish and don’t use. The ideas don’t get that far.”

The results are golden. Their best album to date, After The Disco boasts a killer combo: Mercer’s whimsical vocal melodies and Burton’s signature dreamy psychedelia. Burton describes it as “a sad record” that’s equally beautiful and hopeful.

However it makes you feel, the album shows it’s officially time to stop thinking of Mercer as an indie pop guy and Burton as a hip-hop man.

“I remember when I was younger, people identified themselves a lot more with what kind of music they listened to, but culturally it’s just not like that any more,” says Burton.