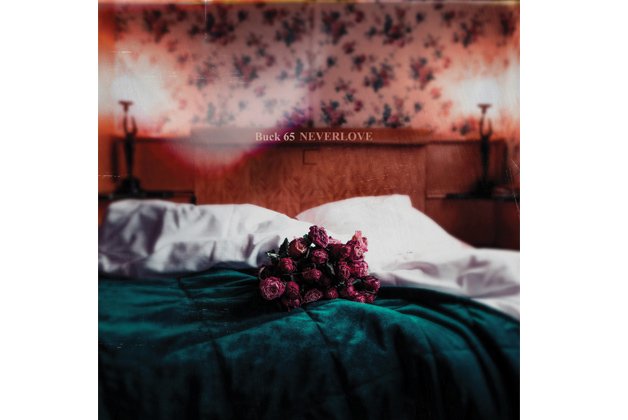 Only Buck 65’s unique combo of well-earned respect (the Toronto-based artist has been making alt-hip-hop albums for 20 years), complete unselfconscious commitment and legitimate lyrical talent could make something as thematically depressing as NeverLove work.

Buck’s been very vocal about his “divorce” album, and it doesn’t pull any punches. Songs like That’s The Way Love Dies, Love Will Fuck You Up and Only War evoke Jason Segel’s pathetic character in the beginning of Forgetting Sarah Marshall.

And yet it’s not altogether a downer, and lots of that’s to do with his (comforting?) husky delivery. Buck reels off clever, very funny rhymes in a deadpan way that sounds more like quick spoken word than mainstream rhyme-spitting. The album wins when the production is experimental and weird, like on opener Gates Of Hell, or whimsically melancholy, like on Only War. Even Super Pretty Naughty – Buck’s big-room-dance-meets-Aqua electro song – sort of works in a so-bad-it’s-good way. It’s funny, anyway.

There’s only one real stinker here – Heart Of Stone. The whiny hook is nearly unlistenable.