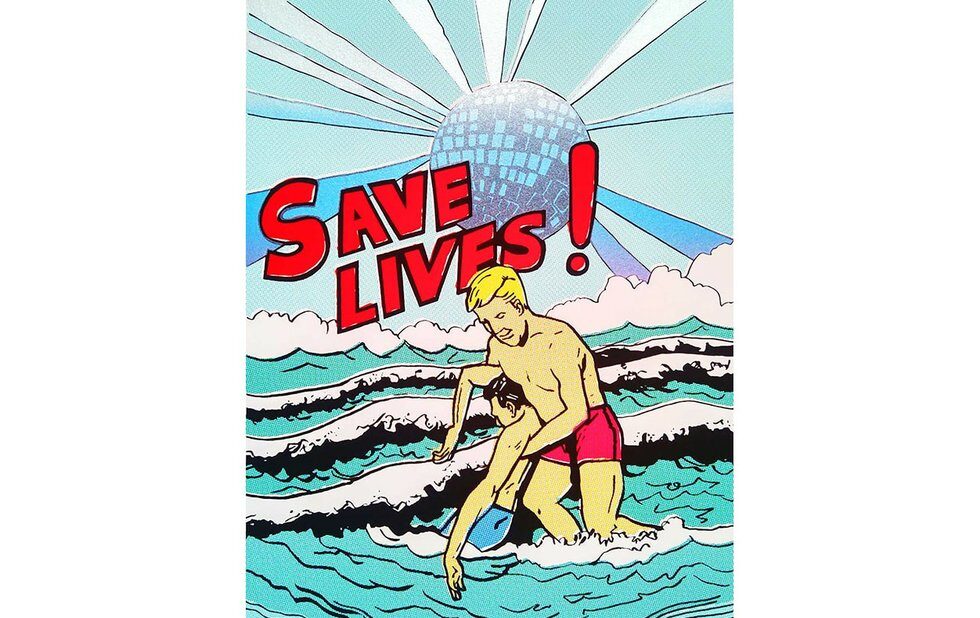 Since its founding in 1979, Buddies in Bad Times has served as an inclusive space for Toronto’s LGBTQ community and theatre-lovers of all kinds. This welcoming approach extends to their annual gala fundraising event, where patrons of all cultural and financial backgrounds are brought together for one unforgettable party.

“It’s been going on in various incarnations for many, many years,” says Keith Cole, one of the resident curators of the event. “It used to be quite small and a little more triple-X.”

Some of the exhibits and performances feature sexually explicit material, reflecting the same audacious, fun and connected space that Buddies has created with its stage productions over nearly four decades. These pieces are part of a large selection of art that may range from a $10,000 painting by an internationally renowned artist to a pair of $32 cufflinks made with Rock Hudson’s image. It’s unlike any art auction you might attend.

“[Former federal NDP leader] Jack Layton would sometimes be the auctioneer,” Cole recalls. “He would show up in assless chaps and auction off four or five items.”

This year, the event’s curating team recommitted itself to making this party as inclusive as possible. “Everyone is a VIP,” Cole says. “It doesn’t matter if you have a trillion bucks or just five bucks.”

He says newcomers to the event can expect a roomful of patrons, board members and donating organizations alongside a bevy of artists and what he describes as “a lot of crazy yahoos.”

One of the people Cole credits for the success of this annual event series is curatorial advisor Chris Ironside. Each year, he puts together a team of four curators who each propose a group of five artists whose work will be featured in the live auction. Buddies then adds an additional 10 artist picks to the mix.

“It’s an incredible piece that is so relevant and it really speaks to Buddies,” he says.

In selecting the artists for Art Attack, Ironside believes it’s important to “think about someone who speaks to the queer community, who is supportive of that community and whose work reflects that. It’s not necessarily someone who is a queer artist but someone who taps into that sensibility.”

Vocat’s print embodies the spirit of Buddies perfectly for him. “Everything from being a theatre to being a place of refuge for young, gay artists coming to this city who might not have found a sense of home or a family,” he says. “Buddies has always been a home, a safe place to go. It’s a place to not be alone.”

One of the ways the company is making things more inclusive is through the cheekily named Rock Hudson Memorial Tuck Shop. It’s an event feature Cole introduced six years ago, providing attendees who don’t have thousands of dollars to spend on a painting with a number of affordable options that still let them walk away with some art from the evening.

“For me, it’s about being inclusive,” Cole says. “The people who can’t afford a $10,000 painting on the auction, they can still come, have a beer, support Buddies and walk away with a great little something for $40.”

Attendees aren’t at all required to bid during the live auction. Cole says that those who just buy a ticket and show up to the event on November 9 are making an important contribution to Buddies and will be helping to support future programming. For a theatre company that’s deeply connected to a close-knit community, it’s these productions and outreach efforts that can make all the difference for queer youth.

Some of those involved with the company and this fundraising event were once themselves young people who sought out smart, progressive theatre as a way to connect with a more supportive environment.

“When I moved to Toronto in 1997, it was one of the first places I went to,” he says. “I just remember being like, ‘Wow.’ You just felt like it was like a warm hug and everyone was incredible there.”

He says he still feels that same energy, even if he’s just at the company offices for a meeting. “When you walk through that door it’s there and you can feel it.”

Art Attack is a rare chance for the community that’s the focus of so much of Buddies’ efforts to reflect that same support back – and have plenty of fun doing it. 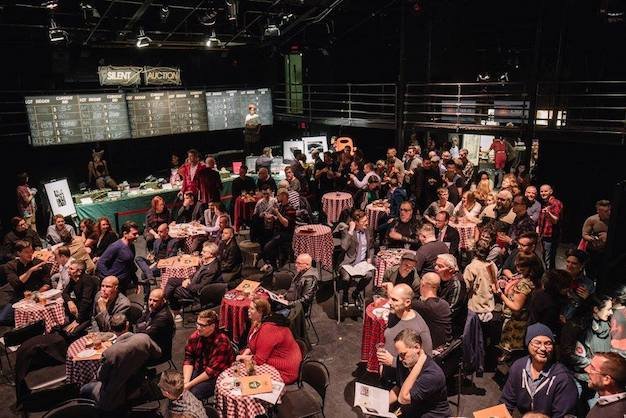 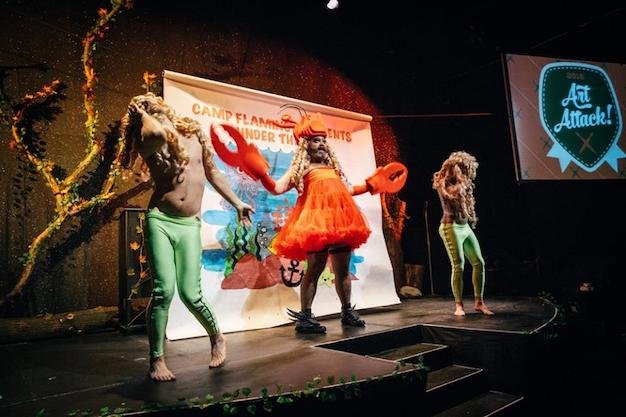