Buffy Sainte-Marie and The Sadies made a band for Hillside

The inspired collaboration hit hard in all the right ways 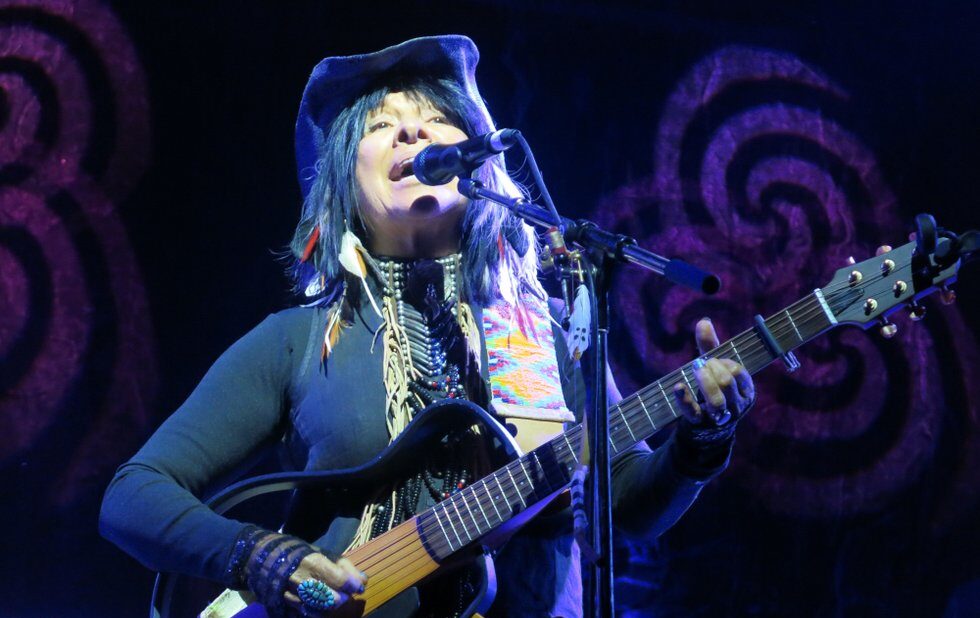 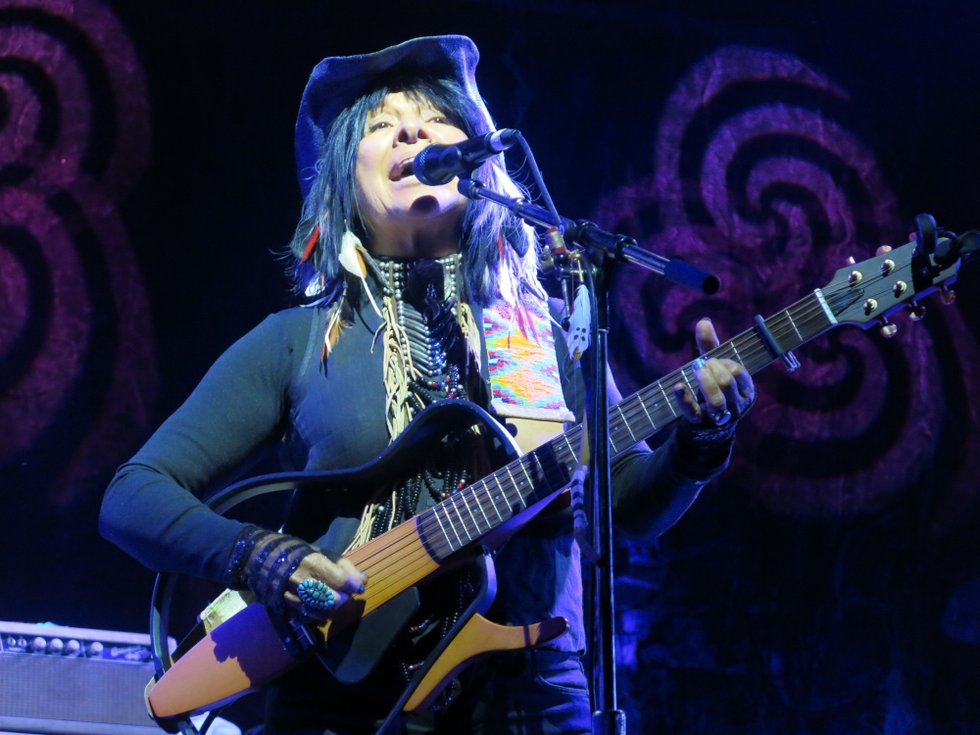 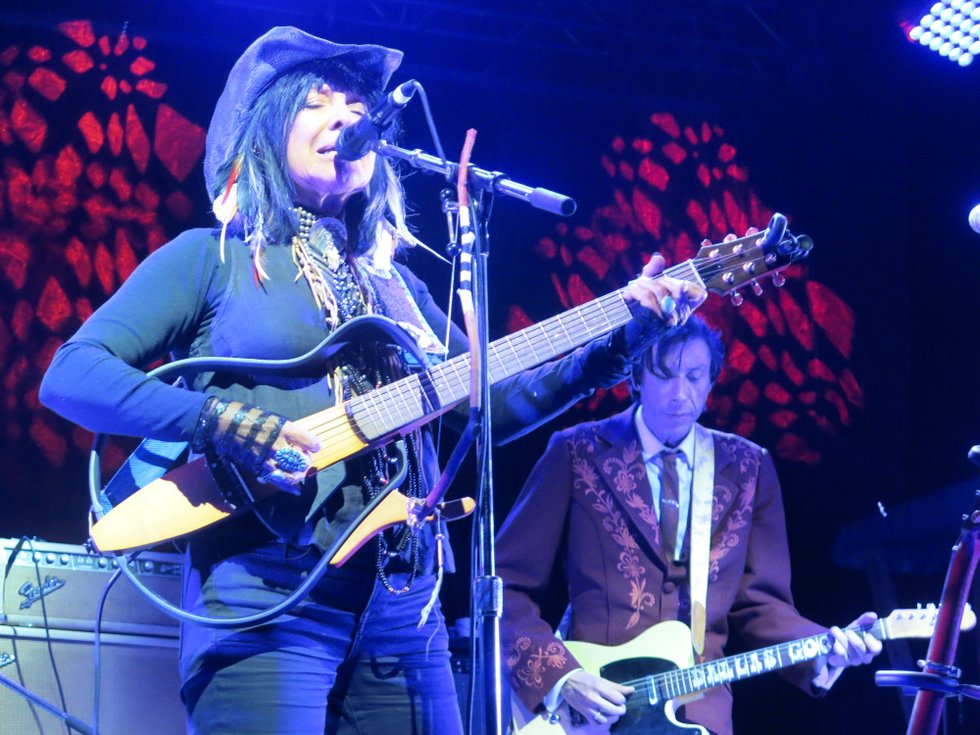 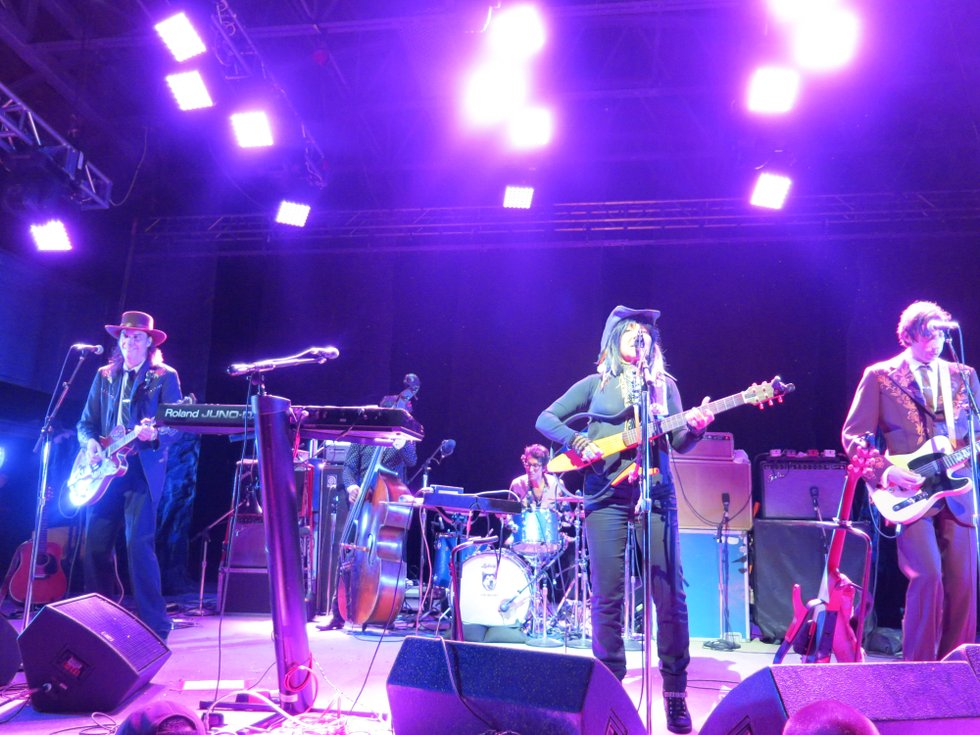 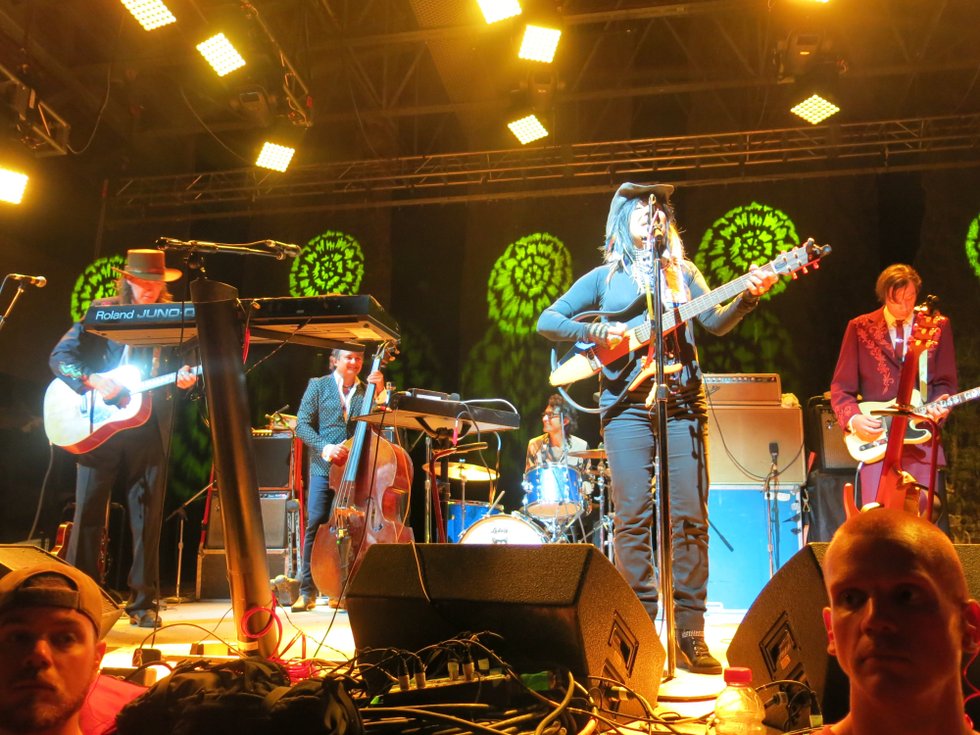 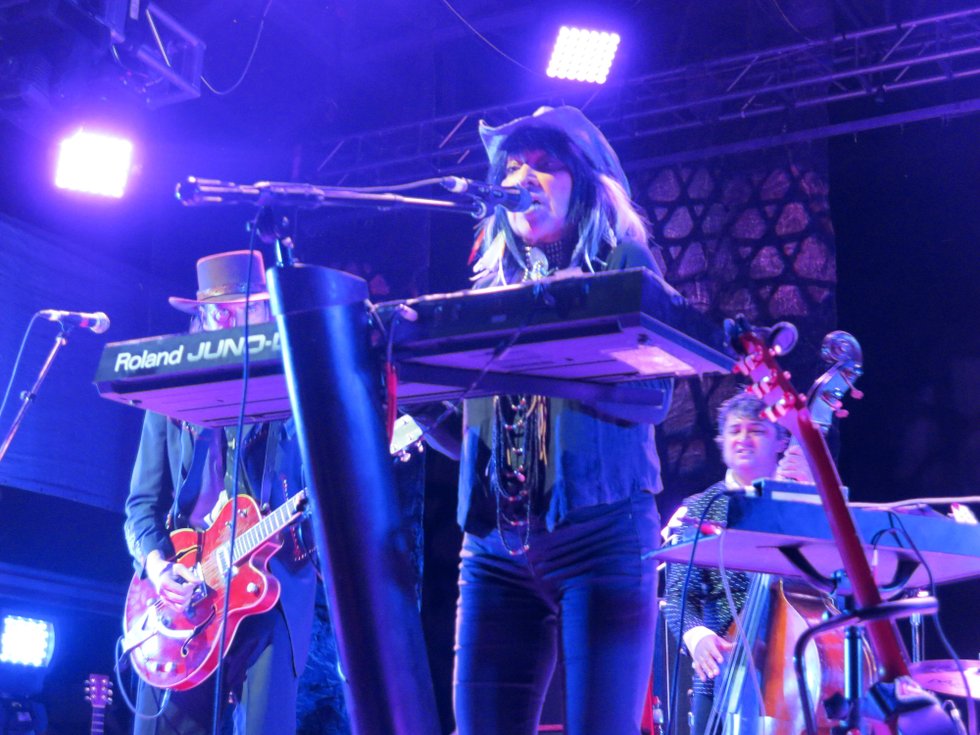 Those eagerly anticipating hearing Buffy Sainte-Marie collaborate with the Sadies were likely a little surprised when Hillside’s Sunday night headliner – the butt-kicking septuagenarian who snagged last year’s Polaris Music Prize – came out alone, the Sadies waiting patiently (or, by the looks of it, reverently) in the wings.

Sainte-Marie opened with It’s My Way on her futuristic-looking electro-acoustic guitar. It’s the same uplifting chant that opened last year’s Power In The Blood. It’s a declaration of her right to take up space, and she invited her audience to do the same. “It’s like you’re in my studio,” she said, moving from guitar to keyboards to mouth bow. (Somehow, she can talk and sing while playing it.) She gave us Darling, Don’t Cry (a border-crossing powwow love song), Cripple Creek, Little Wheel Spin And Spin and an as-yet unrecorded The War Racket – an angry, raw protest dance tune that takes aim at money-laundering, among other things.

When the Sadies came out, they launched into Farm In the Middle Of Nowhere, a jaunty country ditty perfectly suited to the Good Brothers’ guitar playing. Then Sainte-Marie reminded us about the Sadies’ cover of her song We Are Circling (which you can hear on 2013’s Internal Sounds), suggesting that no one has heard it. Dallas Good gently teased her, “Well, some of them heard it, Buffy.” What followed was a maybe once-in-a-lifetime cross-pollination of both versions that showcased beautiful in-the-round singing.

Alone onstage, Sainte-Marie is a captivating, multi-faceted performer, but with the Sadies, she was able to really dig into one of her comfort zones: frenetic, hard-hitting blues. The band played Sweet, Fast Hooker Blues from 1974’s Buffy, and it was so honest, strong and rocking. She showed some other sides, too, with gentle heartbreaker Until It’s Time For You To Go, and even went back to her Sesame Street era with I’m Gonna Be A Country Girl Again. “I played this song with a cow and a pig and a horse,” she said.

When the band ramped back up with Not The Loving Kind, another blues rocker that showcased Sainte-Marie’s distinctive, penetrating voice, it felt like the show was just getting started. But due to an 11 pm curfew, it was almost over. The Sadies left the stage and Sainte-Marie treated us to Universal Soldier from 1964’s It’s My Way!, which sounded as relevant and timeless as ever.