Bun B at the Hoxton 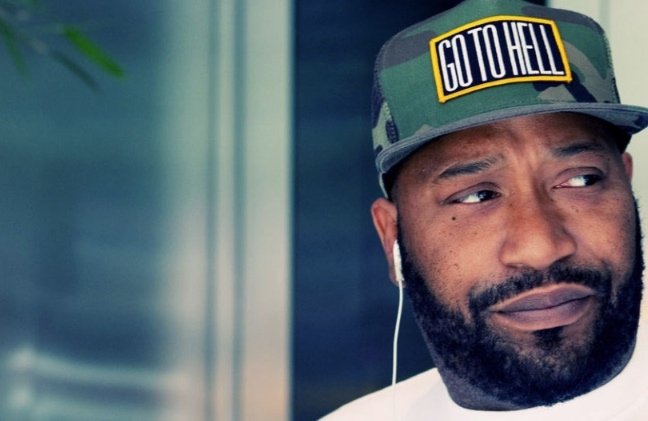 BUN B at the Hoxton, Sunday May 4th Rating: NNN

There was a palpable if slightly deflated buzz in the air at Bun B’s The Trillest Tour stop at the Hoxton on Sunday. It was an open secret that Toronto Raptors ambassador Drake would be in attendance, despite the team’s hard-fought loss earlier in the day (B was sitting courtside with the Toronto emcee).

The headliner took the stage shortly after 11:30 pm with guns blazing, running through Draped Up and UGK classic Diamonds And Wood – two of the biggest records from his catalogue.

The crowd – which included Raptors power-forward Patrick Patterson (aka Patman) – responded well, but reacted with undeniable zeal for anything related to Bun’s deceased UGK partner, Pimp C. On Get Throwed, the crowd shouted Pimp’s verse with full-throated intensity.

On One Day, UGK’s seminal record about untimely deaths, B rapped his verses while squinting, looking like he could burst into tears at any moment – adding considerable gravitas to the song that was hard to ignore.

After Bun’s encore culminated with the 2007 instant classic Int’l Players Anthem, Drake bounded out in a Sidney Crosby Team Canada jersey (reminding himself of happier times in Canadian sport, apparently) sending camera phones aflutter. “Y’all got to make some motherfucking noise for Bun B,” Drake said, hopping on the mic. But despite the notable delight at his presence, the crowd’s reaction was subdued. Blame the somber feelings of losing a game seven at home in the final seconds, but the response featured less gusto than one would expect at a surprise Drake cameo.