Plus: more of Toronto's best buns 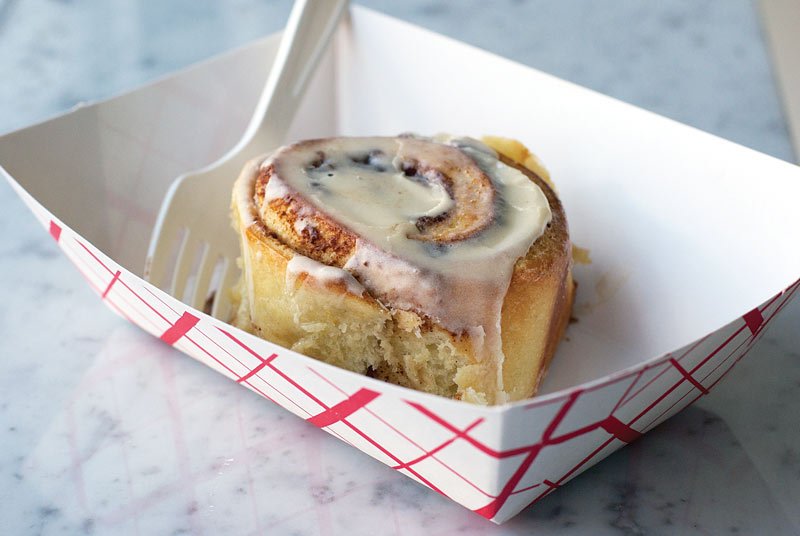 That appears to be a fairly standard reaction to news of food-writer-turned-entrepreneur Amy Rosen’s new venture, the aptly named Rosen’s Cinnamon Buns, where the doughy, sweet treats do indeed take top – and only – billing.

Compared to the baker’s dozens of successful local shops that pile display cases with a broad array of products or stick to one product but mess with infinite flavour combinations (cupcakes or donuts, for example), Rosen’s business plan might seem like stubborn self-pigeonholing. Will potential repeat visitors get burned out on dense, chewy swirls of sticky dough?

As it turns out, since opening last month, Rosen has had precisely the opposite problem.

“I’ve had people coming in every day since we opened – the same people,” Rosen says, in a brief break between slinging buns to a steady stream of mid-afternoon customers.

“And not just repeat customers, but repeat (visitors) that were out of luck because we’d sold out. The first few weeks, some people had to try three times. 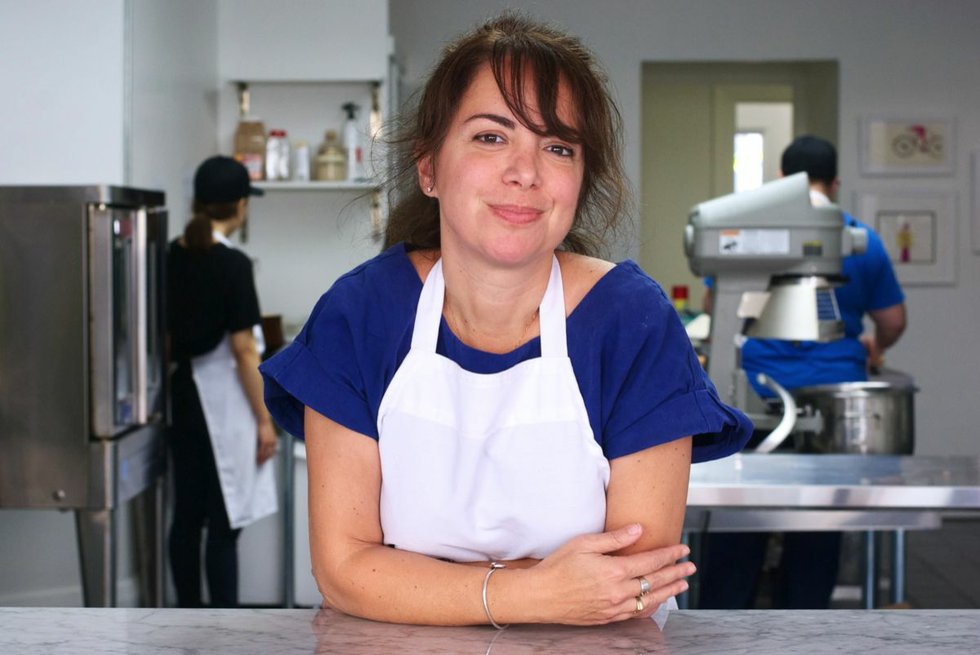 Rosen’s nose for research served her well when putting the business together (though she didn’t exactly count on the runaway success). After a New Year’s Day brunch in which several generations of Rosen relatives all chowed down on fresh cinnamon buns in blissful silence, Rosen sprang into action, checking out local offerings to see if her new business idea would fly.

“I started researching it, and I was like, ‘It’s either Cinnabon or the two pans at your favourite bakery, and once they’re sold out, they’re sold out.’ Same as the farmers’ market. No one was making homemade, organic dairy, flavourful cinnamon buns, hot and fresh, all day long.

“So I was like, you know what? Let that person be me.”

With a skeleton crew of two recent George Brown grads, Rosen turns out pan after piping-hot pan of well-spiced, moist, not-too-sweet buns. Thanks to skills honed over years of recipe testing for Chatelaine, House & Home and her own Toronto Cooks cookbook, Rosen was able to tease out the bun’s most crowd-pleasing attributes and hold them in perfectly complementary proportions.

“I was trying to make the perfect, balanced cinnamon bun, for people who don’t like things overly sweet or overly buttery, overly goopy or overly glazed,” she says.

“There are some people who will come in and say they want it with no glaze. But the dough is so unsweetened, almost – there’s just a few tablespoons of sugar in it – that it needs the glaze to balance it.” 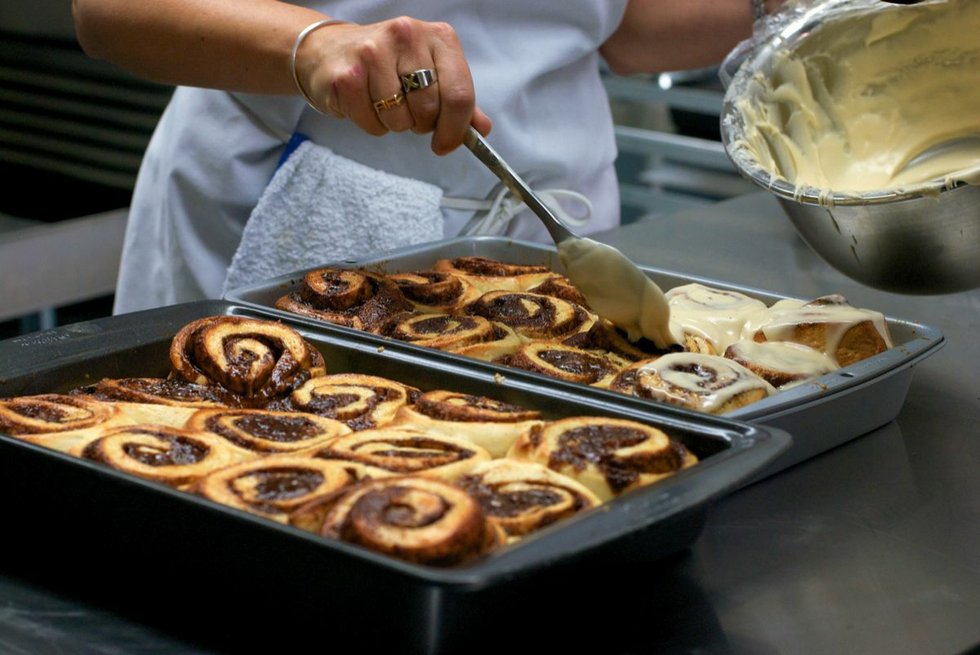 She considered using brioche dough to up the decadence factor but found that everyone who tried it preferred a springier bread dough – it stands up better to the cinnamon filling, which Rosen refers to as the “goop.” There’s 10 times the amount of cinnamon in hers as in a regular recipe, she says – though that magically doesn’t escalate things to cinnamon-challenge-levels of overkill. She’s considering selling the goop separately for people to put on toast. In my view, that’s a business move that would be second only to just coring the hot, pliant, spice-soaked middles right out of the buns and selling them alone, à la Seinfeld muffin-top café.

Currently, Rosen’s forays into product diversification are limited to miniature pans of cinnamon-bun bread pudding made with the bakery’s seconds and hot drip coffee from Ezra’s Pound. For the holidays, she’s bringing in hot apple cider and Chrismukkah buns topped with eggnog glaze and Hanukkah gelt. She and her bakers might mess around with brownies or squares every so often.

For the most part, however, she’s happy to fall in line with the “keep it simple” ethos that characterizes some of the city’s hippest new eateries.

“I’m very into the success of the one-off, right? Doing one thing really well. Like Bang Bang ice cream. I mean, there’s something new practically every week. Who knew poké would be the next big thing, right? Or tacos. Or the burger-only places. Or the chicken-only places.”

Spoken like a true food writer – but at the same time, she adds, the cinnamon bun is more about nostalgia than novelty.

“It’s old people coming in and saying, ‘Oh, it smells like when I met my wife at Jewish summer camp.’

Fika This button-cute Kensington café also follows Swedish tradition by piling on the cardamom. (Get a matching latte if that ain’t enough spice for you.) 28 Kensington, at Baldwin, 416-994-7669, fika.ca